“We have no margin for error,” explained Joe Scavone. “We can’t have deer running around wounded. We can’t advertise what... 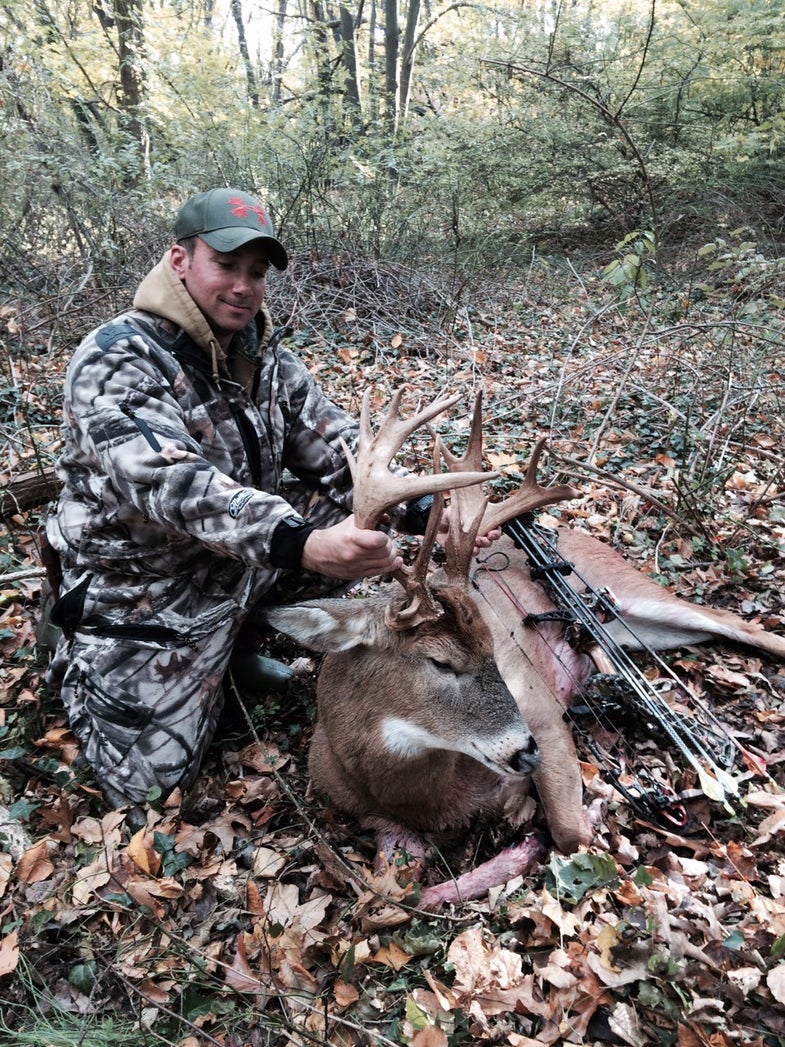 “We have no margin for error,” explained Joe Scavone. “We can’t have deer running around wounded. We can’t advertise what we’re doing.”

When bowhunting in the suburbs of Long Island, just outside New York City, a lot can go wrong. But sometimes, with hard work and attention to detail, things can go very right. And Scavone’s 2014 deer season is proof positive of that.

Back during the summer of 2013, Scavone and his group of Suffolk County, N.Y., hunting buddies first started capturing trail camera photos of the buck they eventually came to know as “Zeus.” The next summer he again appeared on camera, but now had blown into a giant one-of-a-kind non-typical whitetail. Zeus continued to be a regular visitor all summer, but by the time hunting season opened, he seemed to disappear.

When the rut finally rolled around, Scavone had taken a week off from work and was excited to get after the big whitetails they’d been watching all summer. On November 11 Scavone headed to one of the small properties he had permission to hunt, and given the recent buck sign he’d seen a few days earlier, he had high hopes. The big buck known as Zeus wasn’t much on his mind though, as this property was about two miles away from where cameras had snapped summer photos of the palmated whitetail.

Scavone settled in for what started as a very slow sit, not seeing anything for the first few hours. But around 10 a.m. he caught movement at the edge of a nearby field and immediately he knew it was a good buck.

“When he came in, all I saw was his right side and palmation,” recalled Scavone. “And that’s all I needed to see. At that point I stopped looking at his antlers because I knew he was a shooter buck, and if I kept looking at them, I was going to fall out of the treestand.” 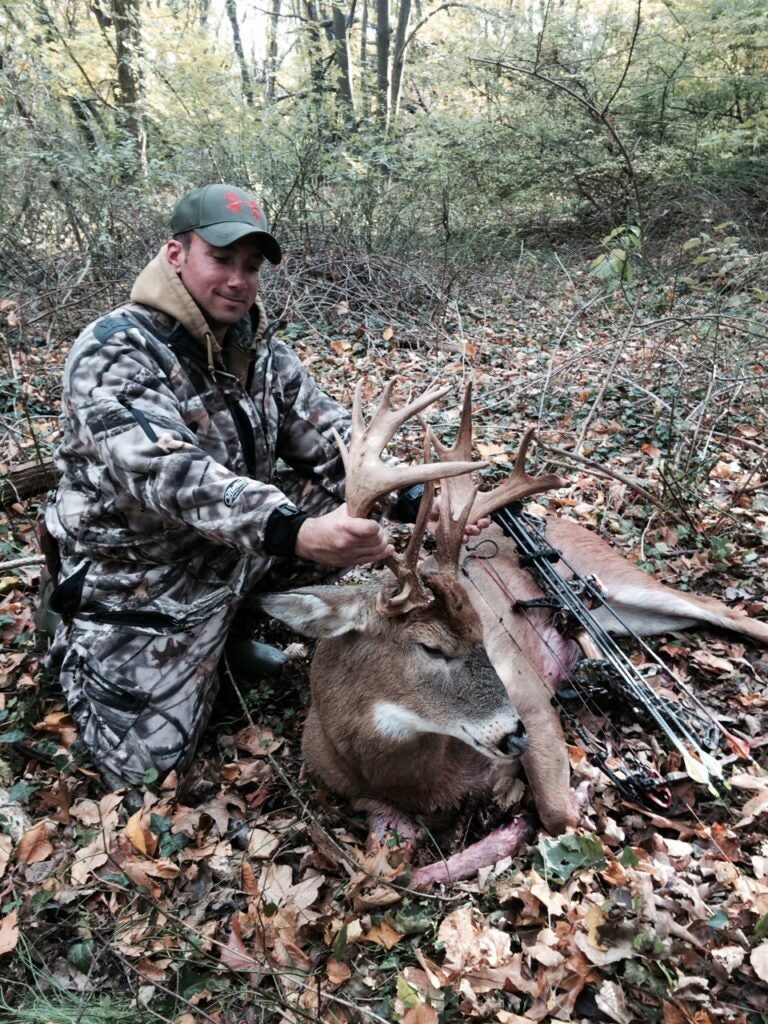 The buck moved quickly in towards a scrape in front of Scavone’s stand, and as the deer lowered his head, Scavone drew back, found the buck in his sights, and released. Immediately he could see that the shot was good, but the deer ran off, so Scavone waited about an hour and then snuck back out to his truck to phone his buddies to come meet him.

At this point, Scavone remembered being overwhelmed. “Hunting, it’s my passion, and to see a deer like that walking in, it just takes a toll on your emotions and everything. I was nervous and was anxious to go find him… But why rush it, I wanted to enjoy this, you know?”

When his friends finally arrived they headed out for what ended up being a short track job. Just 75 yards away from Scavone’s stand they found the buck, and when they walked up on him they were blown away.

“We didn’t know this was Zeus,” remembers Scavone, “Not until we got in front of the deer, and then my brother says, you killed Zeus!” From that point on the wild celebration began.

Having followed this deer so closely for the past two years, Scavone and his friends couldn’t believe that they’d finally closed the deal on him.

“We all had this deer as the background of our phones. And this deer, just having pictures of him was exciting enough for us… But all that hard work, all year long, it paid off.”

Scavone’s New York buck is eligible for OL’s Deer of the Year program. Upload a photo of your own 2014/2015 buck for a chance to win great gear from Gerber and land your deer on the cover of Outdoor Life magazine.

Can’t get enough of big bucks? Check out our photos and video of the most magical time of year: the rut.