The Fall Classic is on and I’m not talking about The Evil Empire playing a city known for sandwiches and... 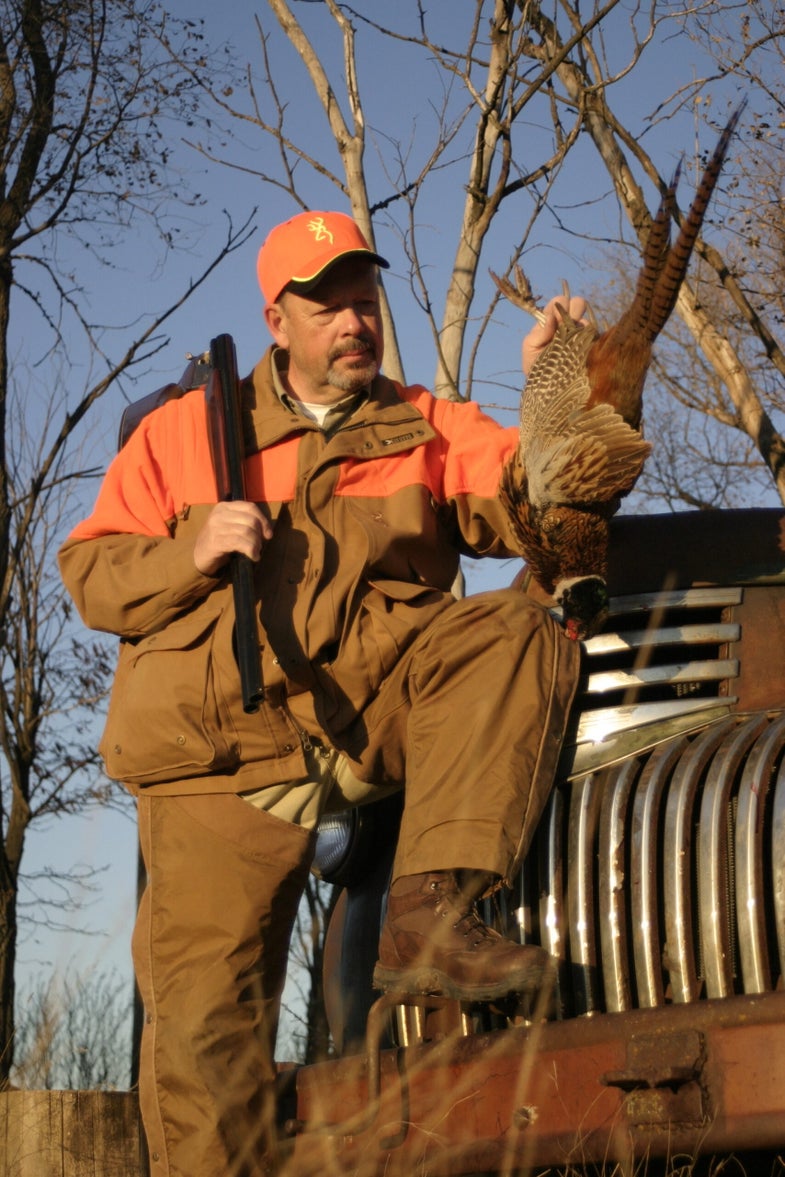 The Fall Classic is on and I’m not talking about The Evil Empire playing a city known for sandwiches and booing Santa Claus. I’m in South Dakota for the first time trying knock the hell out of as many rooster pheasants as possible.

Not only is it my first trip to Pheasant Heaven, it’s also my dog’s first time. I was a bit worried about how Kona would perform but after Day One, all is looking good (hope I just didn’t jinx us for the next two days…).

It’s been a wet summer and fall here and because of that there is still a lot of standing agriculture fields. Today we hunted standing corn and milo as well as some grass and shelter belts. There are birds to spare here at the 18,000-acre R&R Pheasant Hunting and as a gunner it keeps you attentive at all times.

It turns out my worries about Kona’s range and steadiness in the face of the flush were unfounded. I was prepared not shoot the first hour or two of the hunt just to work the dog and hold him accountable for his training. As it was, that approach wasn’t needed. We had birds in the air within 30 yards of entering the first field (waist-high milo) and Kona held staunch to wing, shot and fall. I watched him for a couple more birds, ones he flushed and others flushed by the pointing Labs from Hunters Point Kennel, and he was performing well above my expectations.

After that it was lights out dog work and shooting. Big fat roosters with long tails would flush directly under foot or wild just in front of the working canines, causing the blood to pump and heart to race. We were working 4 or 5 shooters in a line through the field with a blocker or two at the end of the 1/2-mile field strips. It was awesome shooting and I can’t wait until morning to do it again.

After a great pheasant breast dinner, including two types: breast in wild rice and breast in gravy, we had a product seminar with the folks from Lacrosse Footwear and subsidiary Danner. As part of the hunt we get to try out a couple of pairs of boots. The talk around camp is that the Pronghorn boots are the most comfortable boots you’ll ever wear straight out of a box.

A couple of cool tips we got from the Lacrosse/Danner folks include:

Don’t use a waterproofing sealant on boots with Gore-Tex. The sealant will close off the breathability of the Gore-Tex membrane. Instead use a water or oil-based “conditioner” to keep the leather supple.

Also, and I found this interesting, the best time to condition your boots is when they’re wet; like when you just come in from a walk in the grass and the morning dew puts a nice dampness on the leather. The leather’s pores are wide open and will accept and hold the conditioner better.

We have a couple more product seminars, including those from Browning, Winchester Repeating Arms and Winchester Ammo. I’ll pass along any tips or updates and am planning on getting some video from these folks, and of course, from the owners/trainers at Hunters Point Kennel on training pointing Labs.

If you have any questions on any of the product (guns, ammo, boots) or dog work, post ’em up and I’ll ask.

As a quick aside, and something I learned very quickly today. If you’re hunting in high cover, a locating beeper collar is well worth the investment. While Kona didn’t get out of range much, there were times that I lost him in the vegetation and had to recall. Too much of that can cause yo-yo’ing and/or undermine a dog’s confidence; better to know where he’s at and whistle-sit if he’s ranging too far and then walk up and release him.