Besides working the field for birds, dogs provide another important role in our life: that of defender. They alert us... 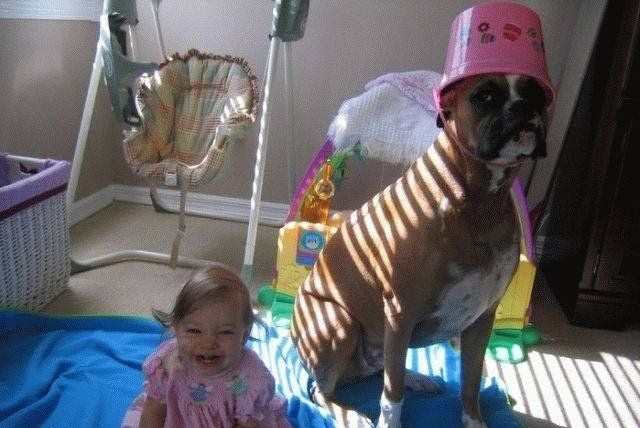 Besides working the field for birds, dogs provide another important role in our life: that of defender. They alert us to potential danger in the home and provide a measure of security on walks at night. There is a downside to the protective dog, however, and that’s when it becomes overly protective of it’s family/pack members. When that happens, you shouldn’t see a loving dog but rather dysfunctional behavior that could have severe implications for both humans and the dog.

Just this week I visited a college buddy who had picked up two 14-week old Plott hounds. They were cute little buggers with a nice voices. They had already put the house cats up trees a few times. Along with the pups, though, was a young stray dog he had found 8-miles back in the woods while hunting. It looked to be an Australian shepherd or something similar.

When I brought my two dogs in, there was a moment or two of anxiety from the stray, named Skeeter, as the dogs sniffed each other. The young dog bit and snapped my dogs and continued to do so after the initial introduction.

“He’s really protective of the pups and the kids,” my friend said.

This isn’t the first time I’ve heard this statement. It’s usually said with respect or a matter of awe; as if the dog is so smart and caring that he’s protecting the kids. And, in a way it is protecting the kids but it might be dysfunctional behavior as well.

Many breeds of dogs have a tendency to herd or protect, but when that genetic drive moves into pack mentality and/or the dog is allowed to administer corrections to strangers, you’re looking at trouble.

Think of the overly protective dog like this: If it’s “mothering” your kids (protecting, guarding, etc), what is going to happen when your kids do something that the dog perceives as wrong?

It’s going to do the same thing it does to a puppy. Nip and bite. Dogs don’t have hands and can’t speak human. They administer corrections to pack members and puppies via body language (which humans are very poor at reading, especially children) and with bites and nips. If your dog believes he/she is responsible for the well-being of your children and has the duty to protect them, when they do step out of line it’s also going to administer a correction with it’s mouth and teeth. While it might not be a vicious attack, the consequences can be the same: a dog-bitten child.

The problem gets even worse if the dog is guarding and watching the kids and administers a correction to a neighbor or their child. In that instance you might be required to put the dog down, pay for doctor bills and live with the fact that your dog might have created a permanent disfigurement or anxiety in a child.

To correct the problem of the overly protective pooch, you have to work on it’s boundaries. Children tend to complicate the issue. They can also be incorporated into the solution. Obedience and training help establish a pecking order in the family and can help put a dog at ease by knowing that it doesn’t have to protect and watch out for the family at all times. The site I found this picture on has some great tips for households with children and dogs. If you have any doubts about the situation, seek the help of a professional.

As for my buddy’s pooch Skeeter, I put him on a leash and did about 20 minutes of heel, sit and stay work. After that he never tried biting the dogs again. He’s not cured. It was a temporary fix that most likely regressed once I left the next day. To cure the problem, continual training to the point of psychological imprinting is required but it did work for what was needed and impressed upon my friend what the dog would need.