If you’re a fan of waterfowl and dog work, you’ve got to check out Chesapeake Bay guide and filmmaker Capt.... 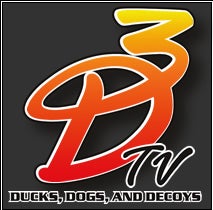 If you’re a fan of waterfowl and dog work, you’ve got to check out Chesapeake Bay guide and filmmaker Capt. Jeff Coats. He has some flat-out awesome photos and film of ducks and geese coming into decoy spreads, as well as dog work.

Coats has travelled the country multiple times, hunting his way through every flyway and for each trip afield, as well as countless hours spent not hunting, he packs along some serious glass–as in lenses for cameras.

To put it mildly, some of his waterfowl shots are just incredible.

More than his still photography, however, you’ve got to check out his D3TV channel on YouTube. I’ve seen some of his earlier DVDs and if the YouTube channel, which just launched (so be patient until he gets more stuff up), is anything like what’s on disk then your blood will be pumping for early goose and teal seasons. Seriously. I finish watching his DVDs and just want to shoot every duck I see and sometimes I just pretend I’m in a blind and shoot at the wall. The footage is up-close and personal…in your face stuff!

If you’re looking for a great guide, Coats runs Pitboss Waterfowland specializes in sea duck hunting in what is the cradle of American duck hunting and which spawned the epitome of cold-water duck dogs: the Chesapeake Bay Retriever.