Of Rivers and Collars

Collars, whether they’re the flat-buckle kind, choke chains or e-collars, can present many dangers when training in water. It’s often... 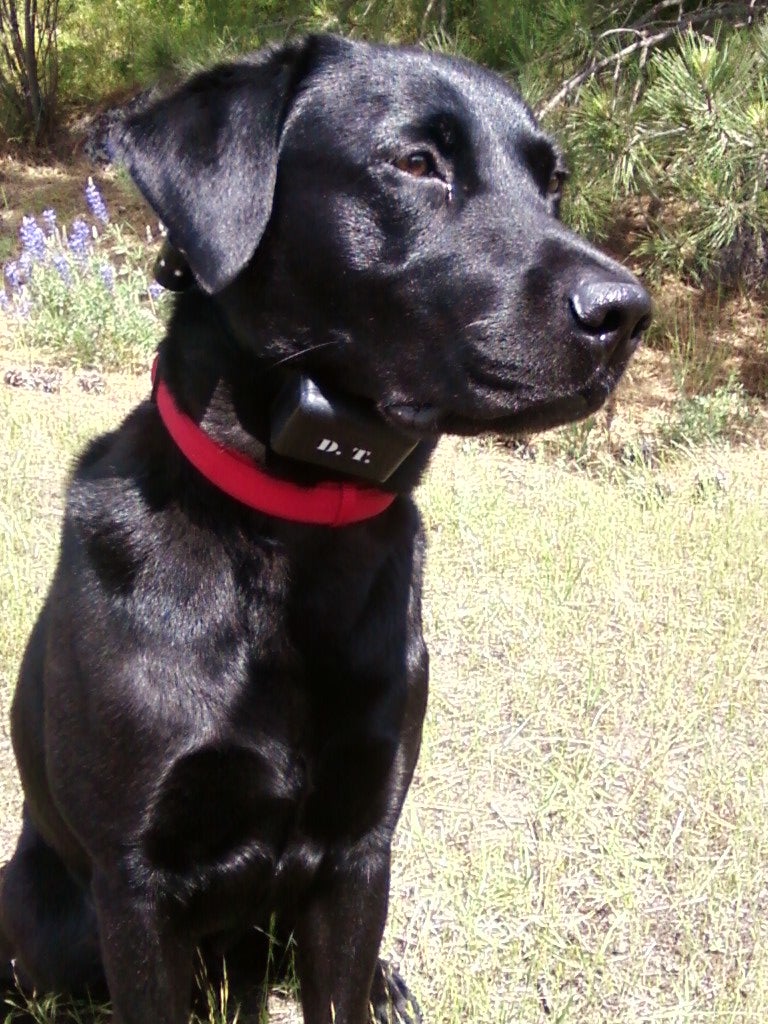 Collars, whether they’re the flat-buckle kind, choke chains or e-collars, can present many dangers when training in water. It’s often advised that a dog not wear any sort of collar when hunting or training in water because it can snag branches or debris if not cinched down tight enough. Of course, if it’s cinched down tight and something does happen to get between the collar and dog’s neck anyway, there’s no way the dog can get loose.

Yesterday I had an experience that reminded my of this axiom, as well as the dangers swollen rivers present. In fact, at one point I was cussing myself and could see how I might have just killed my dog.

I took Kona, the Lab, and Hoss, the bulldog, for a riverside walk. Hoss would go into the water up to his chest (because he sinks without his life jacket) while I threw a couple of dummies into clear open water for Kona.

The river is pretty high right now with runoff from snow and especially rain. What’s normally the bank is underwater and trees are submerged halfway up their trunk and debris floats in many areas. There are still quite a few pockets of calm or while swift water, not nearly as fast as the main river channel.

After throwing a few marks at the parking area I began to walk down the trail paralleling the bank. When we’d encounter a spot to reach the water again, I’d throw Kona a mark or two so Kona could fight the marginal current, make the retrieve and get some exercise. Then we’d continue down the trail with Kona exploring the brush ahead of me while Hoss snorted and snuffled along just in front or behind me.

At one opening I stepped down to the bank and threw the bumper a little farther than I meant to and when it hit the water it was moving! I sent Kona immediately but the bumper had a little distance on him. Now I know he wasn’t in much danger, but watching as your dog gets swept down a ripping river for 300 yards and around a bend out of sight is a bit worrisome. I started back down the bank tooting a “come” whistle and hoping my dog would show up.

At that moment I was wishing I had a Garmin Astro strapped to my Lab. While there isn’t a whole lot use for the cool collars in waterfowling, they’re more important and useful tool for big-running upland dogs like pointers or hounds that cover the entire countryside, the peace of mind it would have provided weighed heavily on me.

Kona found me eventually and delivered the bumper to hand. We continued our walk with a few more stops before turning around and heading back to the car.

Near the parking area we moved back down to the water’s edge and I tossed a bumper not far out into the river. After sending Kona I looked downstream. It was something I should have done before sending him. There, just about 25 yards off what was now the bank, were a couple of small trees that had collected debris that had worked its way into a small log/debris jam.

Surveying the bumper, the current, Kona’s trajectory and the debris field, I was hoping that by the time he grabbed the plastic dummy and turned back, he would be past the trees and swept clear of the area.

Instead, the mutt grabbed the bumper and turned back, fighting the swift current and headed directly for the middle of the jam. I gave him a whistle and back cast, which he took for a moment or two but not long enough to clear the debris field. Instead he tried climbing into and through the trees. The current was ripping and the scary part is that you don’t know what’s under the water. If he were to get swept under and out of the debris, all would be good. However, if he were to get swept under and the jam was present below the surface, he could be pinned down there.

As he struggle through the debris and trees, again the idea of wearing a collar in water crossed my mind. I cussed myself and watched as he struggled through; at times I couldn’t see Kona but could hear him coughing. That set my mind to racing and I started empyting my pockets in preparation for swimming. Now that’s not a good idea and probably would have ended up with me dead in the river, but when your dog is out there in danger because of a situation you put him into it’s hard to be cold and logical.

Kona made it through the debris and tree field and delivered to hand. I counted my blessings and set to thinking about how the situation could have been avoided altogether: 1. Don’t throw the bumper 2. Check the downstream area that the dog will be navigating 3. Don’t wear a collar.

Really, the first two are the biggies. Collars are important for identification, state leash laws and for training reasons. I mean, it’s pretty tough to train and make a correction via e-collar if you take it off in the water. That said, wearing a collar in a debris-filled river probably isn’t a very good idea. At least in a pond or small lake you might have time to get to a hung-up dog, but in a spring runoff river the dog and you might only have seconds to get out of danger before one or both of you succumbs to current, cold, debris or all the above.

When your dog does wear a collar into the water, make sure it very snug so that a stick up or branch can’t wedge itself between the collar and dog’s neck. And if you’re on a river, whether training or hunting, consider leaving the collar (flat-buckle, electric and especially choke chain) at home. By the time you’re in the hunting field, your dog should have his training down well enough to not need corrections for major infractions.