Getting Back in the Groove

It’s been six weeks of traveling for me. I’m happy to be home, to say the least. While I’ve been... 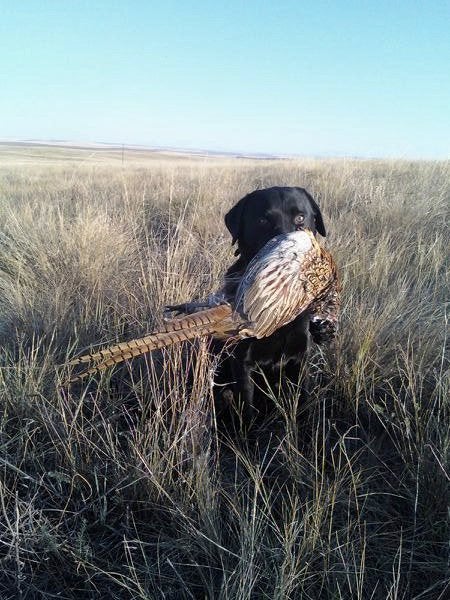 It’s been six weeks of traveling for me. I’m happy to be home, to say the least. While I’ve been gone, my dog, Kona, has been at a local pro’s place. Dan Hosford has been giving Kona a tune-up while I was away and his work is showing through in spades. Now I have to get my head back in the training game, but first, there are some hunts lined up!While I’ve been away, Dan has been building Kona’s confidence back up on blinds, working on fundamentals like lining, handling and putting him through the quartering field. I’ve taken the last couple of days to get back in sync with Kona; going through some obedience and handling on the baseball diamond at the local park. We’re still not completely back together, and that’s my fault. He, as usual, is way ahead of me. I’m playing catch up. That gap will shrink as I begin to get my head back into the canine world of thought, as I spend some more time out at Dan’s kennel and training grounds and as Kona and I work together some more.

During the time that I was gone, Dan not only worked Kona on the fundamentals but he also took him to Montana for a pheasant hunt (where the pic for this post came from). When they went a couple of weeks ago, many of the area’s crops were still standing and birds were hard to come by. With pride, I have to recount Dan’s words that Kona is “a heck of a pheasant dog with a hell of a nose” and that they wouldn’t have put as many birds up without him. It makes a guy feel good to hear his dog performed so well in the heat of battle.

For now, however, the plan is to continue to work with Kona so that we get back into our teamwork sync, while also hitting the field. While Kona has put birds up and retrieved them for Dan, I have yet to pull a trigger. That’s going to change, and pronto! Hopefully I can wheedle my way into a few hunts with Dan (using the guise of continued training if need be…), hooking up with some old buddies (now that I’m back in my home state) to relive our younger days afield and then, at the end of the month, I’m going on week-long pheasant fest in South Dakota.

In the hallowed rooster grounds of South Dakota, the plan is drop my Dad off at my sister’s place in Rapid City and then meet up with the crew from Pheasants Forever near the pheasant capital of Aberdeen for a few days of hunting. Then I’m going to try and match schedules with Tom Dokken (of Dokken Deadfowl Trainers) and do another day or two of rooster rooting. After that, I’ll head back to Rapid City and take my Dad and brother-in-law out for a day or two of hunting (if you know of any spots around Rapid City, let me know!). Strategic rest for Kona will be of utmost importance, as is his physcial stamina (hence Dan putting him through lots of quartering and hunting him in Montana).

After that (and perhaps before, as well, although I’m hoping to get in a few days of late-archery mule-deer hunting) it’ll be prime-time waterfowl hunting. I’m hoping to get out with friends around my current home, but also am looking forward to revisiting some spots from my youth in Washington state’s Columbia Basin and perhaps doing some jump shooting for ducks.

And to top it all off, I’ll share some great training tips from Dan Hosford. He has a cool baseball drill that really tests an older dog’s focus. Additionally, I hope to get a couple of informative videos from Dan’s “The Working Man’s Retriever” series of DVDs. His current DVD has more than seven hours of video on the force fetch process alone!