MEAL: How to Keep Your AR Running

Photo by Yamil Sued If you shoot any member of the AR15/M16 platform regularly, sooner or later you’re going to... 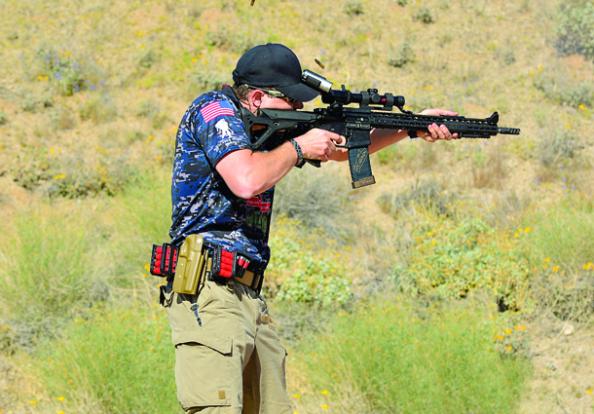 If you shoot any member of the AR15/M16 platform regularly, sooner or later you’re going to encounter an issue that causes the gun to quit firing. With the number of parts in these weapons, coupled with the harsh conditions we subject them to, it is a wonder they run as well as they do. In an effort to keep your rifle up and functional, follow this simple and efficient acronym: MEAL.

First coined in about 2005 by Dean Caputo–a friend, colleague, and fellow Colt Armorer Instructor–MEAL is the term used to describe the most simple and efficient way to solve and diagnose problems with the AR platform. Having seen thousands of these rifles pass through live-fire classes and at our agency, Caputo narrowed the most commonly encountered problems to Magazines, Extractors, Ammunition, and Lubrication. Hence, MEAL.

Magazines are one of the weakest parts of any semi-­automatic weapon. For maximum reliability, do not join, or “marry,” your magazines, as they are easily damaged when dropped–especially the feed lips, which can bend just enough to ­cause issues. Remember, magazines are easily replaced. I have run, quite successfully, the standard GI aluminum magazines for years and they are reliable. Plenty of others on the market work, but when they fail, discard them.

Potential problems with extractors include weakened metal that can break, poor tension from a worn spring, or a dulling of the extractor edge. Any of these can lead to cycling failure. If you end up with a stuck cartridge in your chamber that didn’t eject, one of these three issues is probably the cause. To fix this, either replace the spring or, if the extractor is no longer sharp or if the metal is cracked, replace the whole unit.

For a variety of reasons, good factory ammunition has been somewhat scarce. Because of this, lots of shooters have switched to sub-par ammunition and are experiencing misfires and other issues. It comes down to quality control. Good ammo has accurately metered powder charges, bullets that are seated correctly, quality cases, and sealed primers. With poor ammo, this isn’t a given. Stick with ammo from reputable makers.

Lubrication is a must for AR rifles. But how much is the right amount? My preference is to use just a little. I have been running a suppressed Colt Commando for 13,000-plus rounds and add lubrication only to the gas rings on the bolt. Did I mention I have never cleaned the weapon? There’s no need to drench the rifle in oil. Place one or two drops into the exhaust port holes in the bolt carrier so that it will reach the bolt gas rings. This is all the gun should need.