James R. Bramlett caught what could be the IGFA all-tackle world record for a landlocked striper. And he has his... 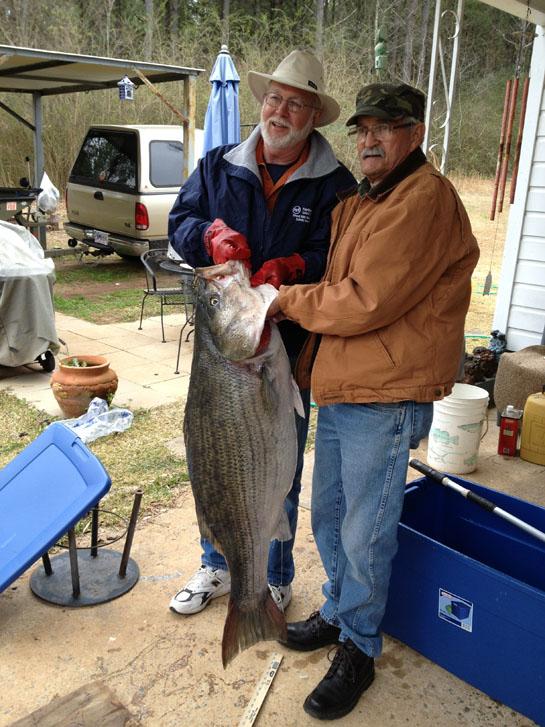 James R. Bramlett caught what could be the IGFA all-tackle world record for a landlocked striper.

And he has his wife’s scheduled visit to the hospital to thank for it.

Realizing that her husband would be too busy to go fishing once she entered the hospital for scheduled surgery, Janice Bramlett encouraged her husband to head to the waters one last time before she was admitted.

The result of that Feb. 28 outing crushed the Alabama state record striped bass by 15 pounds and will most likely beat the IGFA all-tackle world record for a landlocked striper by almost three. James caught the 45.5 inch long, 70 pounder at one of his favorite spots on the Black Warrior River near the Gorgas Steam Plant.

James reported that he targeted the leviathan after seeing it roll on the surface. The monster took his 10-inch gizzard shad on a 6.0 Mustad hook on the first cast. It took more than 20 minutes for the 65-year-old James to land the fish, and when he did he immediately called his wife to share the story.

To read more about James’ fish, including what state biologists thought of it, visit Field & Stream.