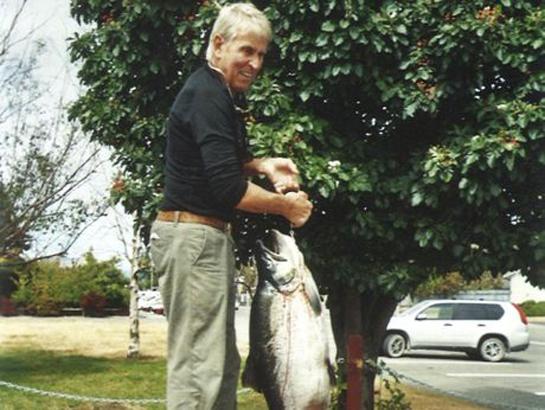 Otwin Kandolf’s 42-pound, 1-ounce brown trout was confirmed as the all-tackle world record by the IGFA last weekend. Kandolf landed the massive brownie in March while fishing in New Zealand’s Ohau B Canal. The fish measured just over 36.6 inches long and was nearly a foot wide.

Kandolf, 71, initially thought he was snagged when he hooked the big fish. After battling it for 20 minutes, he finally brought it to the bank of the canal.

“I waited for him to come up to me. I got his head in the net and then just pushed the whole body and everything up towards the bank. I grabbed him and somehow got him up the bank,” Kandolf told the Bay of Plenty Times. “We had no camera, it was dark, all the other anglers had gone and the scales we had were not big enough.”

Kandolf and a buddy stored the fish in a refrigerator at a nearby pub over night until they were able to have it officially weighed. The previous record brown trout was caught by Roger Hellen in Lake Michigan in 2010. That fish weighed 41.5 pounds.