Video: Bull Moose Have Brutal Fight in Family’s Driveway—Then One Jumps Into a Pickup Truck 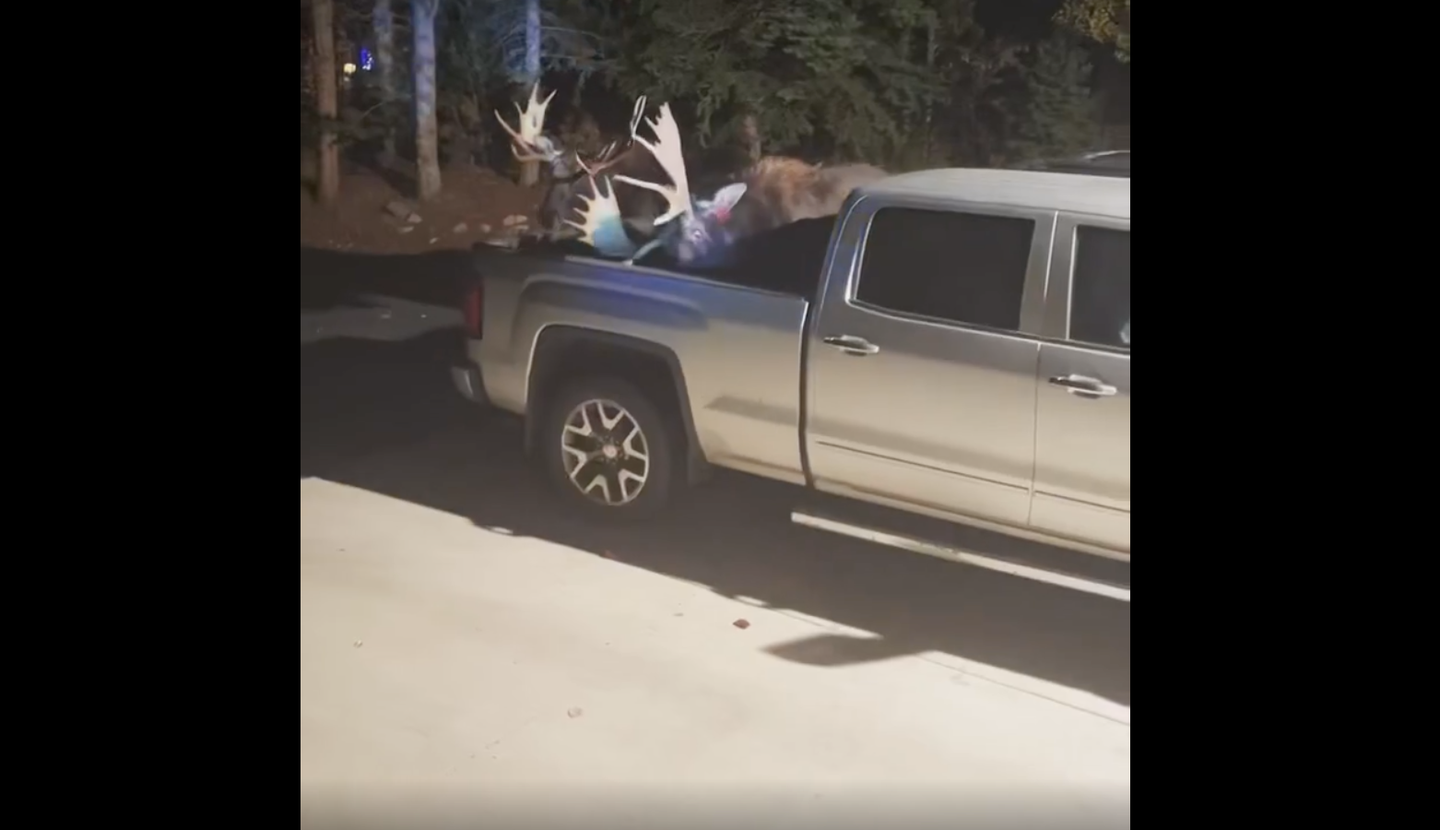 The moose rut is in full swing in early October, and that means that bulls will be duking it out with anything that even looks like another bull moose. They fight for dominance and for the chance to pass on their genes. You’ve probably seen whitetails fight, and even elk. But there are few things in nature more impressive than two bull moose going full-tilt. These battles can get a little scary when they spill into places they shouldn’t.

This recent video, posted by Todd Lodwick and filmed in a family’s driveway shows a bit of the power that these enormous creatures have, and how nothing is safe in their path—including pickup trucks. Clashing antlers, bodies, and hooves seem normal in a wild landscape, but when sideview mirrors start flying, and one bull jumps into the back of your pickup, it gives it a whole different perspective.

Moose are incredibly powerful animals. Another Alaskan I know had just guided a bowhunter to his bull moose. After the bull expired, he went back to the boat to retrieve some gear. Upon returning, the hunter was wide-eyed, saying that an even bigger bull had come up to the dead bull and flipped him end-over-end down the hill. We’re talking about thousand-plus-pound animals here.

Recently, OL writer Bjorn Dihle posted a story about a famous bull moose in Southeast Alaska that was killed by an even bigger bull when their antlers got locked together. The photos from that encounter are truly incredible, and they’re a reminder that these moose battles can sometimes be fatal.