As long as it's legal to take an antlerless deer when you're hunting, studies show that it's okay to shoot a doe accompanied by fawns 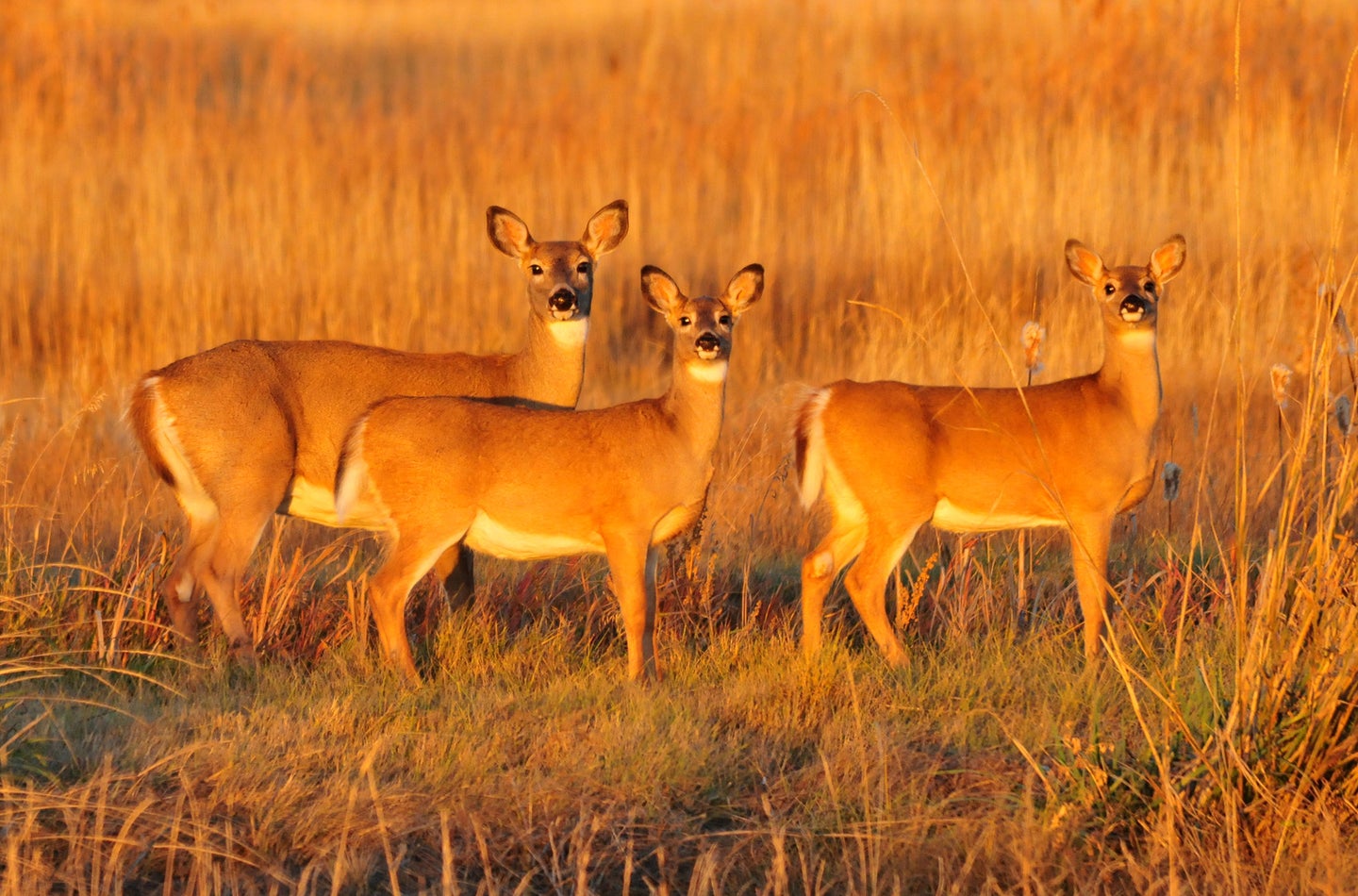 Hunting seasons are scheduled so that, if a doe is killed by a hunter, fawns are old enough to survive on their own. Tom Koerner / USFWS
SHARE

A mature doe and her doe fawn emerged from the swamp and started browsing on sprouts from the stumps of maple trees. I had cut the trees back in summer for the express purpose of creating stump-sprout deer forage. I watched the deer just beyond the barrel of my .270, which was leaned against the gun rest of my ladder stand, where it remained. Though I hungered after those backstraps, this was opening day of the 2021 firearms season in a Georgia county that is buck-only for the first weekend.

I did not have to wonder about what would happen to that doe fawn if I killed the big doe, though if the doe had been legal that day. I would have taken her without serious concern. Though smaller than its mother, the younger deer was not this spring’s spotted fawn but a brown deer pushing six months of age. I know the science and the statistics on fawn survival and deer harvest. Odds are very good that, if I did shoot the doe, a lone fawn of that size and age would survive just fine on its own.

Read Next: Lady Killers: The Evolution of Hunting Does

Most fawns are weaned off doe’s milk and browsing on natural forage long before most hunting seasons open—a factor that’s already baked into the timing of most deer hunting seasons. It’s a gradual transition, with a fawn nursing less and browsing more over the course of weeks. Even so, a fawn can survive without milk after it reaches 2.5 months. That’s mid to late summer in most of the United States, with a rut peak in November. In places with an earlier rut, like where I hunt in coastal Georgia, fawns are even older by the time hunting seasons open.

What about a grown fawn that is fully weaned and then orphaned during the fall hunting season?

Several scientific studies have looked at this question and found that orphaning had little or no effect on the health and body size of these deer. The difference in survival rate between orphaned and non-orphaned fawns was very slight. Both enjoyed high survival, and 80 percent or more of orphaned fawns survived through the end of the studies.

Risk of death for any deer is highest in the first couple of weeks of life. If they survive beyond about 10 days, their chances of making it to adulthood soar and grow higher with each week that passes. A 6-month-old “fawn” in the fall is a fairly experienced animal that can feed itself and escape predators. Doe fawns are usually part of extended doe family groups and often can fall in with other does.

Buck fawns hang out with these groups too, at least until spring or fall of their second year, when the majority of them set out on their own and disperse from their birth range to a permanent adult home range. This is known as “yearling-buck dispersal.” In fact, in some of these cases, it’s the buck fawn’s own mother that drives him off. One early study at the University of Georgia found lower rates of dispersal among yearling bucks that had been orphaned in their first fall.

The takeaway? You don’t need to worry about the survival of a grown fawn that is old enough to have lost its spots. In some areas of the Deep South with unusually late rut peaks, spotted fawns are often seen in fall, and orphaning an obviously spotted fawn should be avoided.

Harvesting a doe that has older fawns with her is a personal choice. If you want to avoid doe harvest early in the fall, that’s up to you. But the more important factor is the urgency of doe harvest where you hunt. If deer density is high and habitat quality low, food plots are browsed to death, and natural forages are stripped as high as deer can reach, then the herd health is suffering. Doe harvest should actually be your priority. In such a situation, ironically, the fawn survival rate is already low for several reasons unrelated to hunter harvest. Don’t pass up any legal opportunity you get to harvest an adult doe, no matter if it’s early or late in the fall, before or after the rut, and whether or not the doe has large fawns in tow.