Video: Alligator Stalks Egret, Only to Get Eaten by Other Giant Gator

Are the egret and the big gator working together? 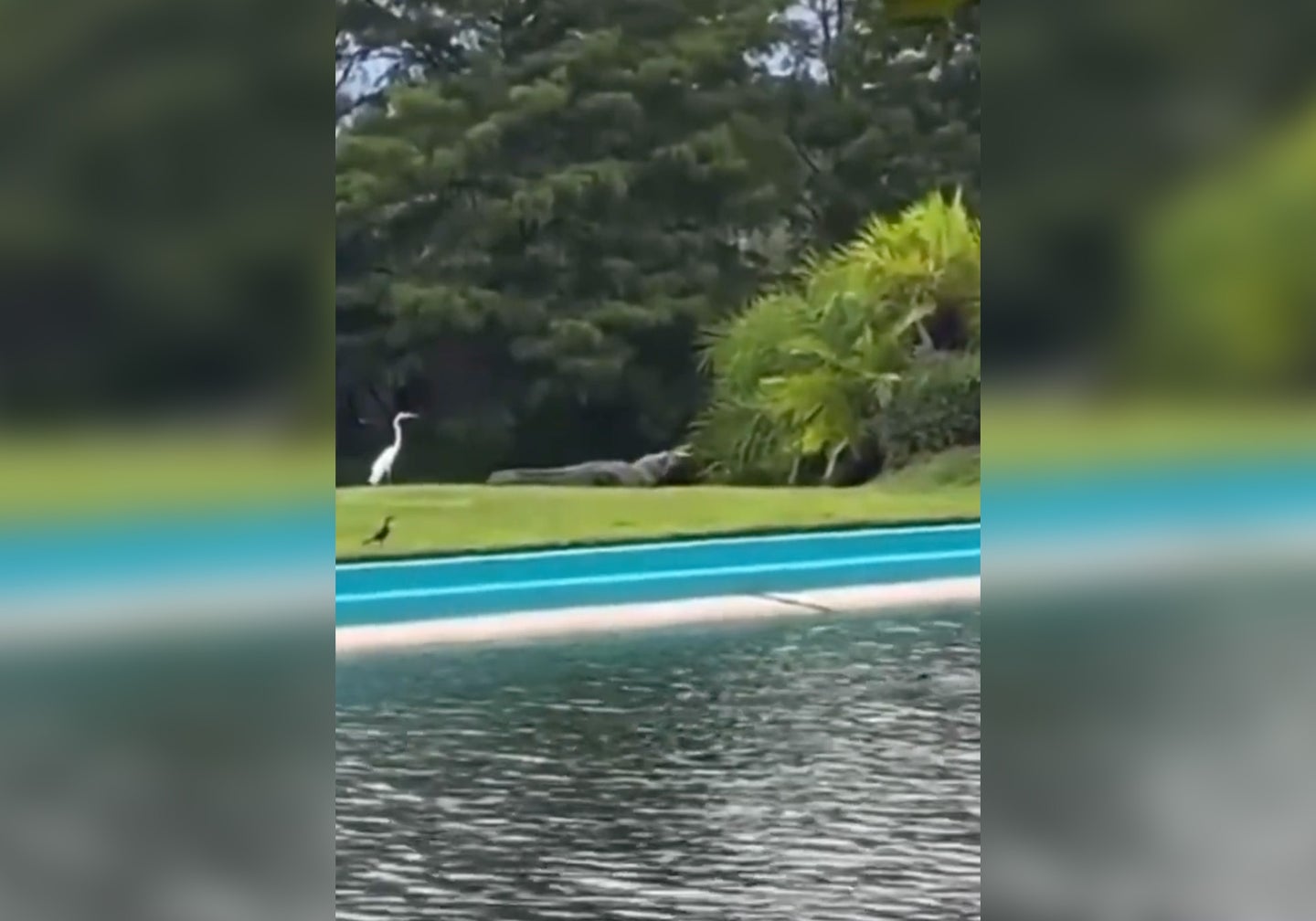 The big alligator holds the little alligator in its jaws as the egret looks on. Travis Akers / Twitter
SHARE

A scene straight out of a Shakespearian tragedy unfolded on what appears to be a golf course in front of Florida resident Travis Akers, who posted the footage to Twitter on Oct. 19. In the video, an alligator creeps up behind a great egret, thinking it’s in for a feathery meal. The egret struts around slowly, not paying much attention to its surroundings. Seconds later, a much larger alligator comes crashing out of the bushes and chomps down on the first alligator right as it’s about to snatch the bird. The alpha alligator proceeds to hold the still-thrashing beta gator midair for a few seconds before carrying it proudly into the water.

Alligators are known to be cannibalistic, and usually elder gators will eat younger ones. Eating another gator is more likely a show of territoriality and hierarchy rather than a predatory response. But the way this events take place, with the bigger gator timing its strike perfectly and getting to the offending gator right before it can snatch the egret, it almost seems like the big gator and the egret are in cahoots. That’s what the internet thinks, at least.

The egret seems to notice the small gator right as it’s closing in, but doesn’t react or move. Perhaps that’s because it sees its partner-in-crime sneaking up on the predator in the background? Ok, probably not, but it’s a fun theory anyway.

As you can see in the video, alligators are ambush predators, usually lying in wait and then grabbing their prey with powerful jaws. Gators are opportunistic feeders and avian species make up part of their diet. Adult alligators also eat rough fish, snakes, turtles, small mammals. They are even known to lure in birds with sticks, offering up building material during nesting season as a trap. Earlier this year a Florida resident captured video of an alligator swimming off with a giant dead python. And this summer, a Labrador retriever was killed by a large alligator while playing fetch in popular park in Tallahassee.