The preliminary harvest data is in: Last fall was a great year for Maine bear hunters, while the moose season success rate slumped 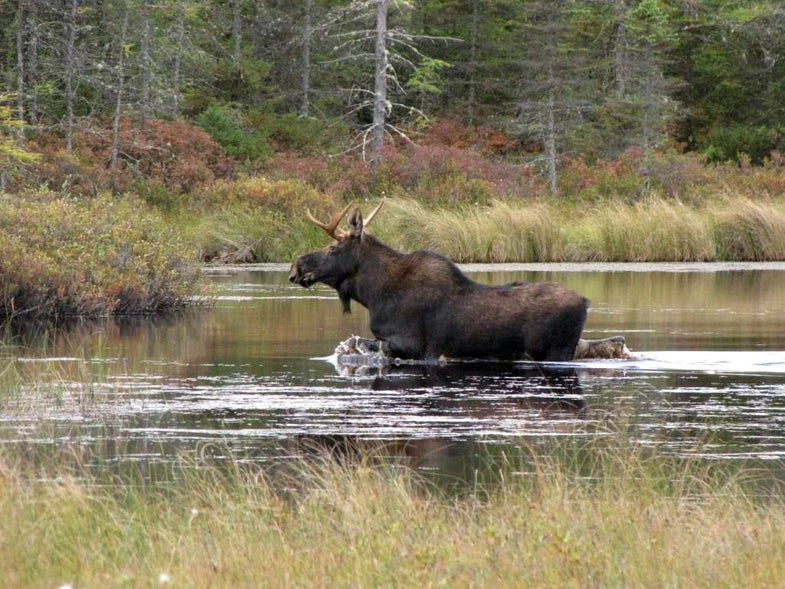 The harvest rate for moose in Maine declined in 2021, despite an increase in available permits. David Govatski / USFWS
SHARE

At least 3,768 black bears were harvested by Maine hunters in 2021, according to preliminary harvest data from the Maine Department of Inland Fisheries and Wildlife. This nearly approaches the state’s previous season’s harvest of 3,883 black bears in 2020, which is the fifth-largest bear harvest since the state began keeping records in 1969, according to the Bangor Daily News. Maine hunting licenses for all species also soared by 10 percent in 2021.

“With the pandemic, we’ve seen an increase in hunting effort and there’s a strong correlation between that and the number of bears harvested,” DIFW black bear and Canada lynx biologist Jennifer Vashon told BDN, noting that the 2021 harvest still falls in line with the state’s management p;an.

Much of that growth has come from nonresident bear hunting permits, which increased by nearly 10 percent to about 5,700 last year, the most since 2005. The number of resident bear hunters dipped slightly, but still remained above average. In Maine, black bears can be hunted over bait and with dogs; they can also be trapped. Only a small percentage of bears are taken during the state’s general gun deer season. Vashon adds that because the Canadian border has been closed for two spring bear hunting seasons, some nonresident hunters stopped short of Canada and hunted Maine instead, contributing to the growing trend of non-resident black bear hunters.

While 2021 was a top year for Maine bear hunters, moose hunters didn’t fare as well last year. According to preliminary harvest data from the DIFW, about 65 percent of permitted moose hunters were successful, with just 2,620 moose taken after 4,030 tags were issued. This is down from a 76 percent success rate in 2020 and despite the availability of more moose permits (2,375 moose tagged over 3,135 issued permits).