Minnesota Walleye Poacher Busted with 10 Times the Legal Limit, Warden Says He Kept Them to Serve During Vikings Games 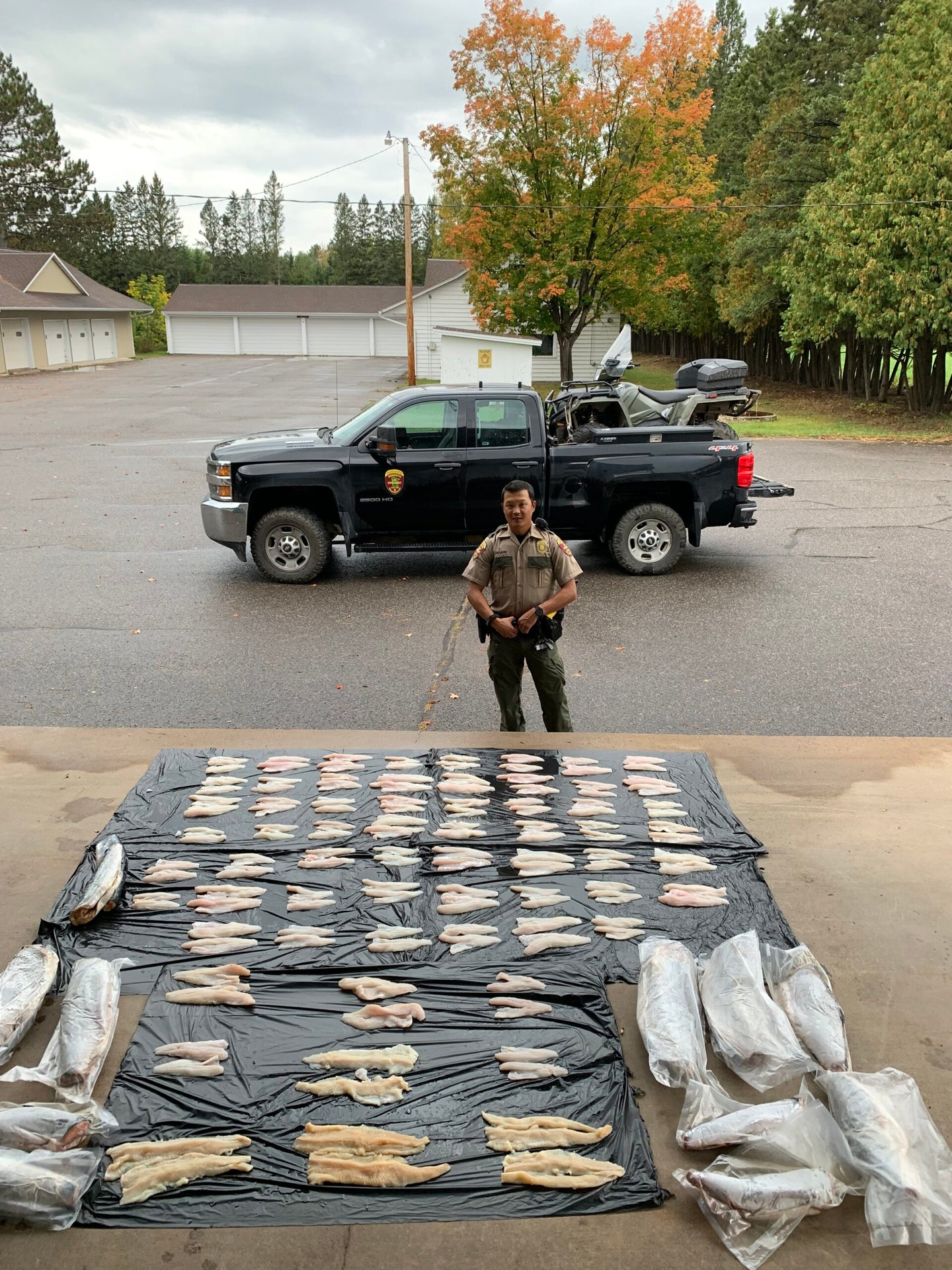 Minnesota’s possession limit for walleyes is six fish, but a poacher there was caught last fall with nearly 10 times that many. Following up on a tip about illegal fishing activity, Minnesota Conservation Officer Shane Zavodnik confronted Gilbert resident James Dan Mattson, 60, in September of 2021 and found 59 walleyes in his freezer, the Duluth News Tribune reports.

“It was pure gluttony, really,” Zavodnik, who has worked as a warden in the Iron Range since 2018, told the Tribune. “I think he’s addicted to catching and keeping fish. He was keeping them for when people came over to watch Vikings games on TV.”

And this wasn’t Mattson’s first run-in with a conservation officer. The Tribune looked at past court records and confirmed that Mattson has now been convicted of six natural resource-related crimes in the past eight years.

In 2014, he was convicted on two separate occasions: once for illegal netting of whitefish and ciscoes, and once for possessing illegal containers in the Boundary Water Canoe Area Wilderness. He was convicted in 2015 for fishing with an extra line; in 2017, for removing part of a big-game animal before it had been legally tagged; and in 2018, for being over the possession limit of fish.

Mattson pled guilty to last year’s over-limit charges on Nov. 19, 2021 and was sentenced in state district court under Minnesota’s “gross over-limits” law, which applies to cases where “the restitution value of the wild animals is over $1,000.” (The state values illegally caught walleyes at $30 apiece, so 53 of them would be valued at $1,590.) Mattson paid those fines in full on Dec. 23, according to the local newspaper.

Read Next: After Spending Two Hours in the Back of a Toyota, an Endangered Green Sturgeon Was Returned to a California Waterway

“He even spent a couple nights in jail,” said Zavodnik. “This is by far the biggest case I’ve ever had. And with this guy having another over-limit charge in 2018, I’m glad they took it seriously.”

Zavodnik noted that most of Mattson’s walleyes were caught on Whiteface Reservoir and Birch Lake. The conservation officer also found some northern pike and salmon filets when he searched Mattson’s freezer last fall, and those were confiscated along with the walleyes.