Three Men Charged for Spearing Bass and Panfish in Georgia 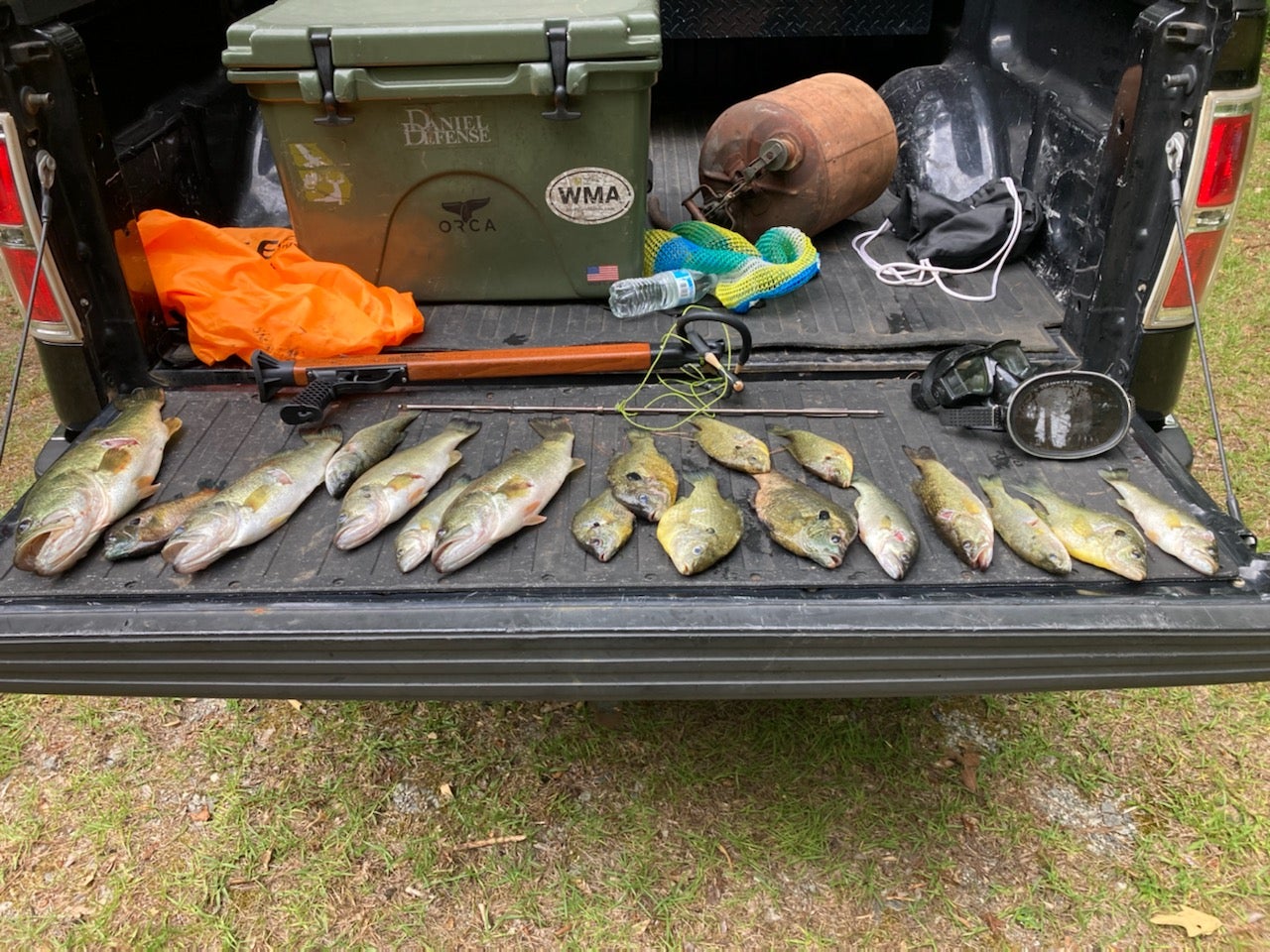 During a patrol of Dames Ferry on Lake Juliette in Monroe County over the past weekend, two Georgia DNR officers arrested three men for spearing bass and panfish. The men allegedly illegally took 18 fish using illegal methods before officers apprehend them.

The two officers spotted the men trying to flee into woods near the lake and gave chase, according to a Georgia DNR’s Facebook post.

Officers apprehended all three men, who denied they were fishing. After a short search, the officers found a bag that allegedly belonged to the men hidden in the woods. Inside that bag were the 18 fish, which were a mixture of bass and bream. The officers also found the speargun used to shoot the fish.

The three men were all without fishing licenses. Officers arrested the men and booked them into the Monroe County Jail. Each was charged with fishing without a license and taking fish by illegal method.

It goes without saying that anyone fishing should obtain the proper fishing license, but it’s worth reiterating that anglers need to adhere to the acceptable, legal methods for taking fish.

In the state of Georgia, spearfishing is only allowed for non-game fish and catfish, according to eRegulations, a site which the Georgia DNR site directs anglers. A sportfishing license is required for anyone spearfishing in Georgia.

Also, a spearfisher must be fully submerged to legally take fish. If you’re shooting from a boat or the bank, as these men allegedly were, you must be using bow fishing equipment, not spearfishing. Again, a sport fishing license is required.