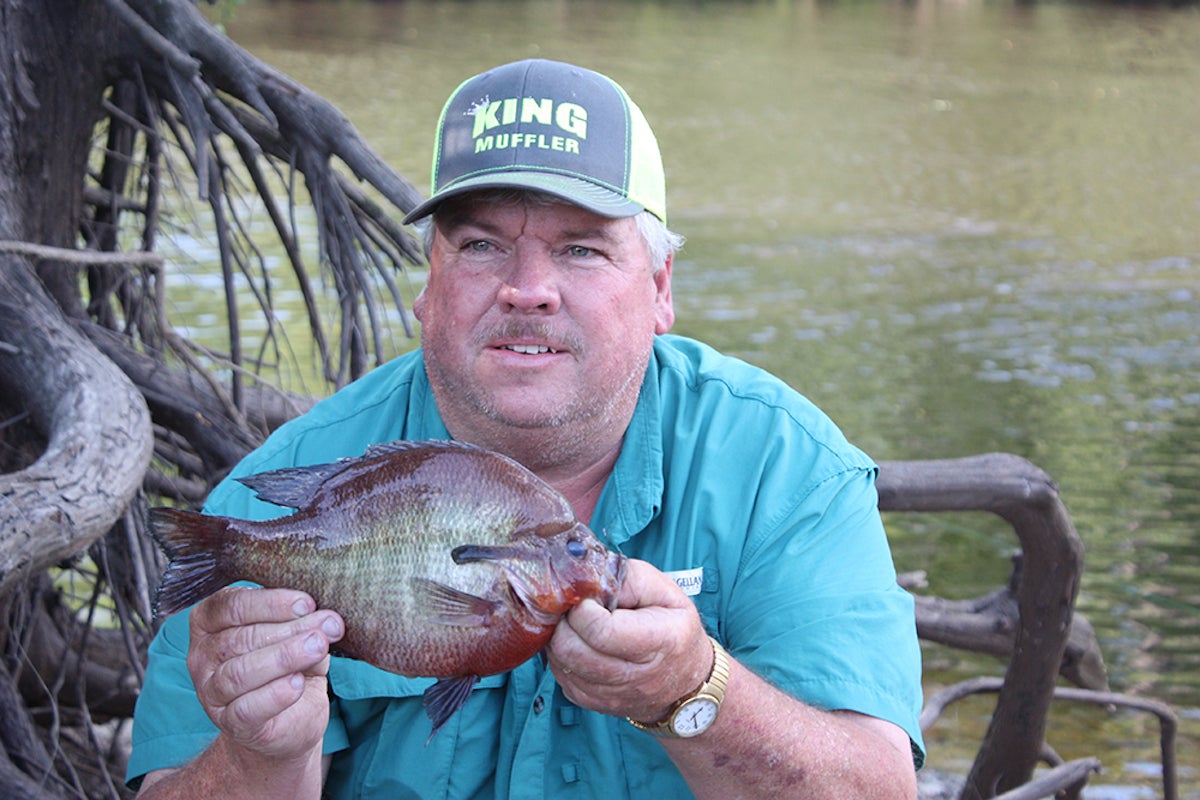 An angler fishing the Satilla River managed to catch a new state-record redbreast over the weekend. Lester Robert’s catch weighed in at 1 pound, 12.32 ounces. That beats the old record from 1998 by 1.32 ounces.

Lester broke the record on May 7. He was fishing in a local bass tournament with long-time friend Whitey Hendrix. “We had put in that morning and started fishing upriver. We had a couple good bass in the livewell and were hoping to pick up a few more,” Lester told Georgia Outdoor News.

He was fishing near a bluff with a laydown. That cover provided Lester with a good spot to cast, and that’s where the fish hit his crankbait.

“I cast up in the limbs in the swift current and was bringing my crankbait back out. That’s when he slammed it,” said Lester. He thought it was a bass until he got it into the boat. “I swung him in the boat, and we couldn’t believe just how big he was. We’d never seen anything like it,” said Lester.

The two men fished the rest of the day and came in second in the tournament, but the true victory was the Redbreast Lester caught.

“A friend of mine had some hand-held digital scales at the ramp so we put the fish on them,” he said. “The scales read 1-lb., 12-ozs. At that point, I’m thinking I might have the state-record fish.”

Lester took the fish to the DNR to have it officially weighed. Its certified weight was 1 pound, 12.32 ounces, securing the new state record.

The Satilla River is hot right now in terms of catching big fish. This is the third time in just a few weeks a new angler broke the river’s record for redbreast. In April, the record was broken by Will Steed, who caught a redbreast that weighed 1-pound, 7.2-ounces. A couple of days later, Will’s son Carter caught a 1-pound, 9.44-ounce redbreast, setting a record for the river. Now, with Lester’s catch, it’s clear this river might be the place to be for anglers in Georgia to catch massive panfish.