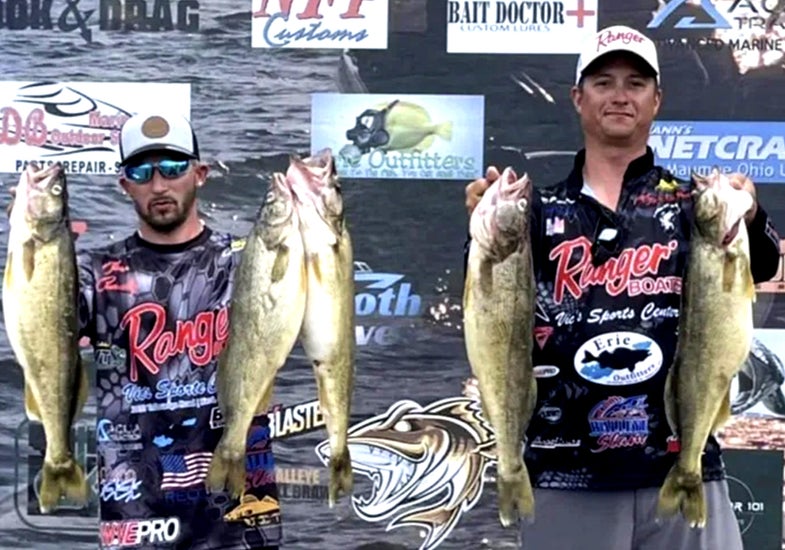 In the wake of a now infamous cheating scandal that involved lead weights stuffed in tournament-winning walleye, local news outlets are reporting that metal detectors will now be standard for all fishing tournaments on Lake Erie. The new rules are being put in place by tournament organizers to prevent another “Weightgate” from happening.

The professional fishing world is still reeling from the scandal, which reverberated well outside that community—thanks in part to a viral video that shows the moment tournament organizer Jason Fischer found lead weights in Chase Cominsky and Jacob Runyon’s fish. Although it certainly wasn’t the first instance of professional anglers cheating in a tournament, the media attention that accompanied the Fall Brawl fiasco had a major impact on the public’s perception of competitive fishing.

Read Next: Professional Walleye Anglers Caught Stuffing Fish with Weights During a Tournament on Lake Erie

Runyon and Cominsky have since been charged with multiple felonies, including attempted grand theft, and possessing criminal tools. If convicted, they could face upwards of three years in prison and more than $7,500 in restitution. They could also lose their fishing licenses indefinitely, and Cominsky’s boat and trailer have already been seized as part of the investigation.

Responding to the damage that Comisnky and Runyon brought to the Lake Erie Walleye Trail’s reputation, Fischer released a heartfelt apology video days after the incident. He promised to crack down on cheating and do what he could to restore the integrity of the local tournament circuit.

“I can tell you as a tournament director, this type of behavior will not be tolerated,” Fischer said in the video, which he shared to Facebook. “I’ll figure out a way to make this right for my anglers. I hope we can learn from this and make some changes in tournament fishing that protect the integrity of all circuits.”

The rule change announced on Tuesday is a step in that direction, as it requires tournament organizers to scan all fish brought to a weigh-in for metal and other foreign objects. Organizers also plan to physically inspect the catch of any team in the top five, according to FOX-8 in Cleveland, and they will continue to require that contestants pass a polygraph test before they can collect any winnings from a tournament.

Polygraphs have been standard in fishing tournaments for years now, but as many have pointed out in recent weeks, they might not be enough. Cominsky and Runyon were disqualified from a 2021 tournament after failing a polygraph test, but that didn’t keep them from competing (and possibly cheating) in future tournaments, and they were in the running for the LEWT’s team-of-the-year award before they were caught cheating last month in Cleveland.

As for the new rules that are being put in place on Lake Erie, metal detectors will undoubtedly keep anglers from stuffing their catch with fishing weights, but there are other ways to inflate a fish’s weight besides using lead, tungsten, or other metals. As Runyon and Cominsky showed, anglers can also stuff their catches with spare filets. Bones, bait, rocks, ice, and other organic material shoved down a fish’s gullet could also add enough weight to tip the scales in a team’s direction.

A physical inspection like the one Fischer performed with a pocketknife will nip these attempts in the bud. But as we reported earlier this month, there’s a litany of other cheating techniques (such as stashing fish in a hidden live-well and pulling them out on tournament day) that anglers have come up with over the years. Cominsky and Runyon aren’t the first to game the system. They are simply a reminder that some people will act on their baser instincts when large amounts of money are on the line.

Fortunately, the professional fishing world is overwhelmingly made up of honest (albeit competitive) people. Sure, a few dishonest competitors might sneak in every now and then, which is why new rules like the ones implemented at Lake Erie could potentially extend to more tournament circuits in the future.