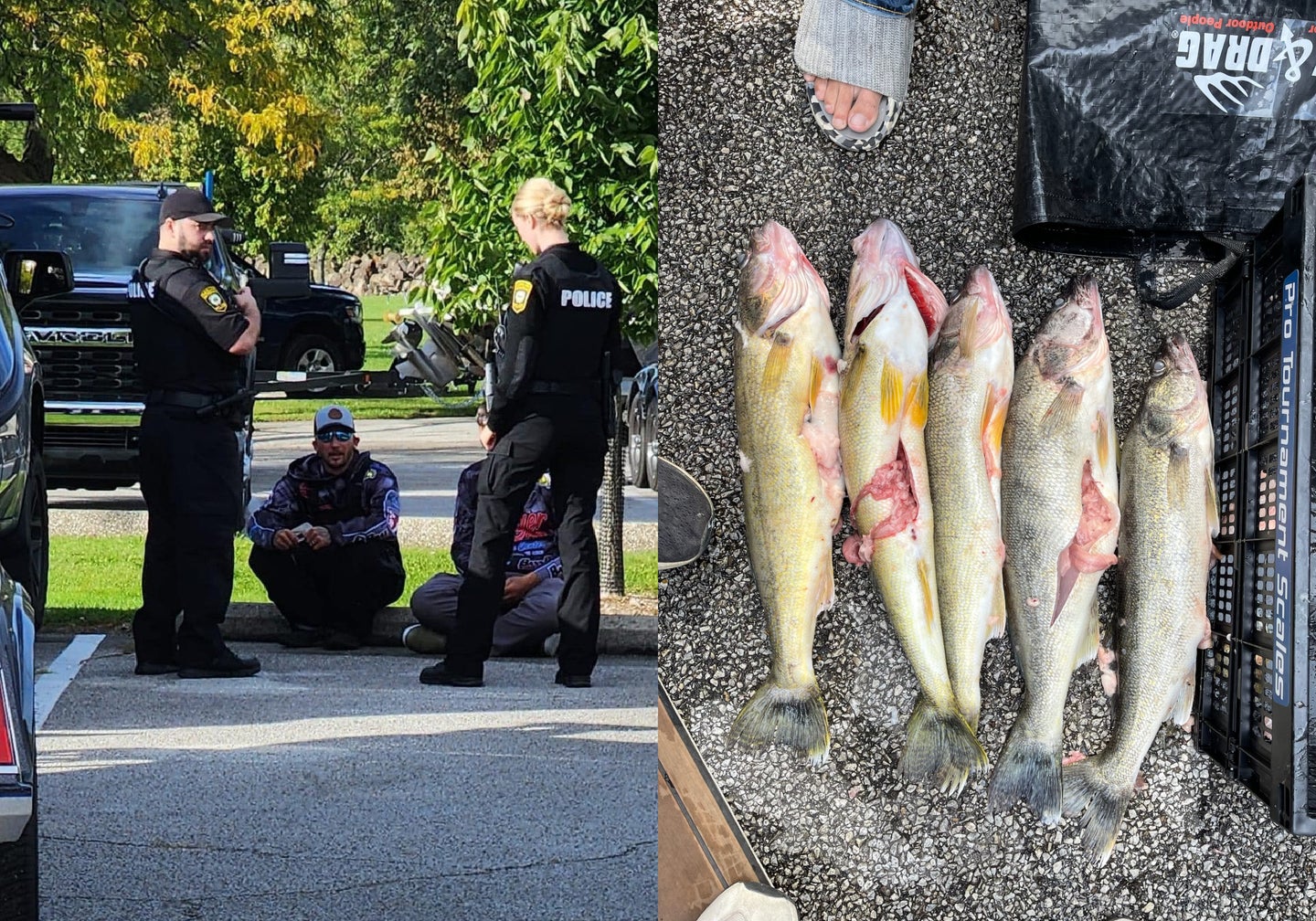 Two professional walleye anglers are facing multiple charges in Ohio after they were caught cheating in the Lake Erie Walleye Trail tournament on Sept. 30.

Teammates Chase Cominsky and Jacob Runyan were set to win the tournament and the nearly $30,000 in cash prizes for a total catch of around 34 pounds last month at the tourney’s weigh in. But then tournament director Jason Fischer sliced into the suspiciously heavy fish and extracted eight 12-ounce lead weights, two 8-ounce weights, and multiple walleye filets in front of an increasingly angry crowd. Now, Cominksy, 35, and Runyan, 42, are each being charged with one count apiece of cheating, attempted grand theft, possessing criminal tools, and unlawful ownership of wild animals.

A Cuyahoga County grand jury delivered the charges on Oct. 12. Cheating, attempted grand theft, and possessing criminal tools are each considered felony in the fifth degree and carry a maximum penalty of 12 months in prison and $2,500 in fines. Unlawful ownership of wild animals is considered a fourth degree misdemeanor that could result in 30 days in jail and a $250 fine. If the defendants are convicted of all four charges, they face upwards of three years behind bars and over $7,500 in restitution.

Cominsky’s boat and trailer were seized as part of the “possessing criminal tools” charge, and the “unlawful ownership of wild animals” comes from the slimy chunks of extraneous walleye found stuffed down the throats of the tournament catch. If they’re convicted on that charge, they could lose their fishing licenses indefinitely.

Serious Controversy in Pro fishing tournament as multiple-time winners caught stuffing lead weights and other fish filets in their fish to have the heaviest catch to win hundreds of thousands in prizes. pic.twitter.com/Sxqeo2XC0K

“I take all crime very seriously, and I believe what these two individuals attempted to do was not only dishonorable but also criminal,” Cuyahoga County Prosecutor Michael C. O’Malley said in a press release. “I would like to formally thank the officers with the Ohio Department of Natural Resources, the Hermitage Pennsylvania Police Department, the Mercer County District Attorney’s Office, and the Pennsylvania Fish and Boat Commission for their quick actions and their execution of a search warrant resulting in the seizure of criminal tools, including Defendant Cominsky’s boat and trailer.”

The defendants will be arraigned at a future date.