The Most Dangerous Shotgun Ever Made: Winchester’s Model 1911 SL

This "self-loading" semi-auto was nicknamed the “Widowmaker” 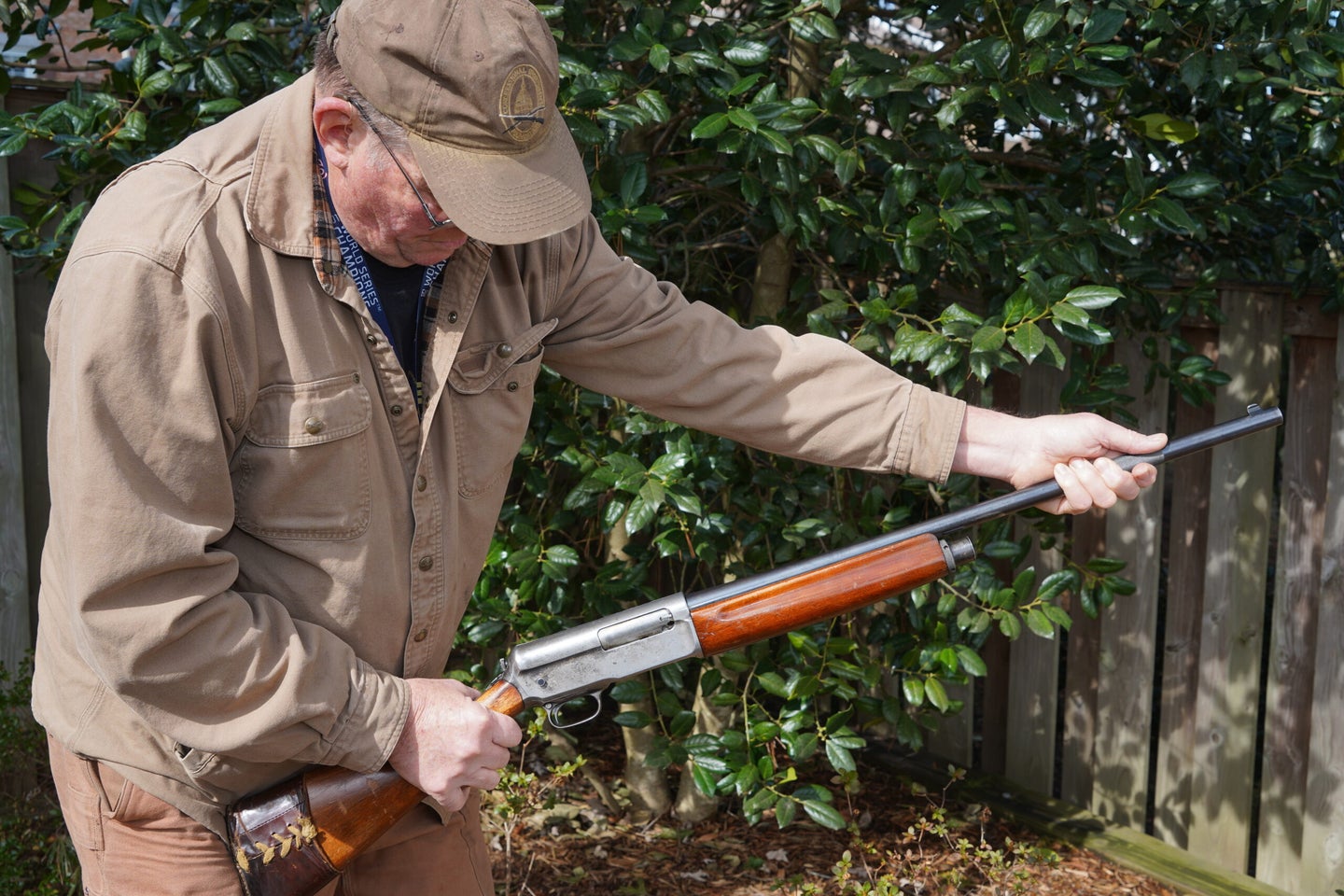 To load and unload the 1911, you must grip the barrel and force it backwards. John M. Taylor
SHARE

The Winchester Model 1911 SL is a shotgun you may have never heard of, and that’s not necessarily a bad thing. A “self-loading” semi-auto, it came into production in 1912. Like so many stories about old shotguns, this one begins with legendary gunmaker John Moses Browning. Browning, who built the Winchester 1893 and 1897, originally sold his designs to Winchester for a lump sum of money. However, when he invented the Automatic-5, Browning wanted a royalty paid on each gun sold. Winchester balked, Remington hesitated, and so Browning went across the ocean to Belgium’s Fabrique Nationale, which agreed to build his long-recoil Auto-5.

Winchester saw the popularity of the Auto-5, and decided to add a semi-auto shotgun to their lineup. The design fell to Thomas Crossley Johnson, who later engineered the Model 12 pump that became world famous before the Remington 870 supplanted it. But Browning had patented virtually every nook and cranny of his Auto-5, making Johnson’s task quite difficult. To further rub salt in the wound, Johnson had helped Browning with many of his patent applications.

Both the Auto-5 and the Winchester Model 1911 are long recoil-operated guns. When a shot is fired the bolt and barrel are locked together and recoil as a unit. At the end of their travel, they hit the rear of the receiver and the bolt is locked to the rear with the fired shell’s case held by the extractor on the right side of the bolt. At the release of the barrel, it is driven forward by a heavy spring wrapped around the magazine tube. On the left side of the barrel’s extension is the ejector ─ a small steel projection ─ that catches the head of the fired hull and flips it out through the ejection port. If there’s a round in the magazine, it is released, causing the bolt to drive forward and chamber the fresh round.

Browning’s Patents Made the 1911 Heavy on Recoil

When Browning patented the operating system of his Auto-5, he included the brass friction rings that surround the magazine tube. When the Auto-5 is fired, these rings are compressed between the concave surfaces of the barrel ring and a mating ring atop the recoil spring causing the friction rings to grip the magazine tube. That slows the recoiling barrel and bolt, thus softening secondary recoil. Browning’s patent meant that recoil system could not be used in Winchester’s 1911. Johnson had to resort to two recoil-absorbing buffers at the front of the action. These buffers were made of micarta (compressed cloth) and wore out fast. They also provided virtually no recoil mitigation, hence the 1911’s nickname, “The Skull Cracker.” My father once forgot his shotgun and borrowed a 1911 from a friend who lived along the Mississippi River. He had a great duck hunt and a black and blue shoulder from the Winchester auto.

Browning also patented the charging handle that is now commonly used to open the actions of semi-auto shotguns. The 1911 didn’t have one. Instead, the barrel has a 3½-inch knurled section located five inches forward of the magazine cap. In practice, the 1911’s butt is held against your leg, you then grasp the knurled section with your hand and pull the barrel back. Push the bolt lock at the rear of the action to the left, and the bolt remains open.

The process to load and unload the Winchester also got the 1911 a second nickname: “The Widow Maker.” Some unsafe shooters placed the butt of the stock on the ground, held their hands over the muzzle, or around the barrel with their face staring into the muzzle, and pushed the barrel down to open the bolt. If the gun was loaded, there could be (and were) a negligent discharge when unloading the 1911. Countless fingers were lost to the 1911, and some unfortunate souls were killed by their own gun.

Winchester did provide a little peephole at the front of the bolt just below the extractor. In good light you can see the brass head of a shell through this tiny opening indicating a loaded chamber.

The 1911 is also a takedown. At the rear of the receiver is a small lever and knob. If the lever is depressed, the knob is then free to turn. By backing out the screw, the semi-auto can be broken down into two pieces. Another “innovation” is the Model 11’s laminated stock. The stock looks like walnut, but Winchester made them from laminated birch. On my gun, you can feel and see a slight ridge at the sides of the comb. Unfortunately, in 1911 waterproof glues either didn‘t exist, or Winchester didn’t bother to use any as many of these stocks delaminated in wet weather.

Winchester finally gave up on the Model 11 in 1925 after producing 82,774 in 12, 16, and 20 gauges. Compare this with the 3 million-plus Auto-5s FN and Miroku made, plus the Remington and Savage productions and the results speak for themselves

In over a century of semi-auto shotgun production there have been some poor engineering choices, but none reached the the heights of the Winchester Model 11, which many still consider the worst shotgun ever made.