Hunter Recruitment: Getting at the Meat of the Issue

If most of the non-hunting public approves of hunting for meat, then hunters should focus on that point when talking about hunting 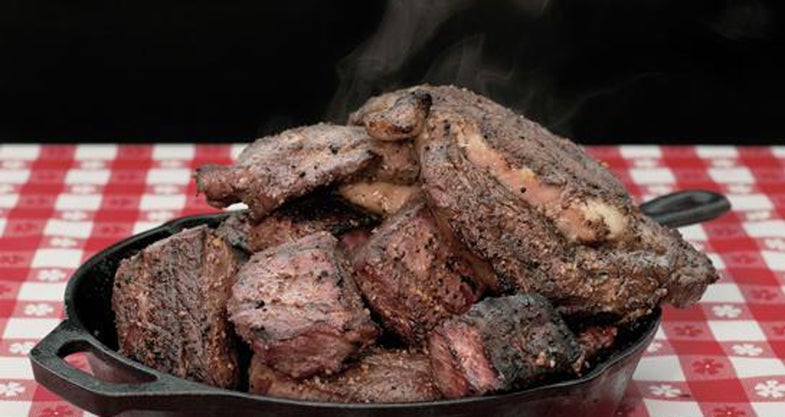 If I took nothing else away from last week’s North American Deer Summit, I at least came home with a big appetite. Venison steak, roasts or burger – it all sounded good. And now that I’ve eaten my share of venison chili, I can tell you this: meat was definitely on everyone’s mind last week. In fact, meat just might be the key to addressing what Summit attendees identified Thursday as their issue of greatest concern.

On day two of the 2015 Deer Summit, after hearing from numerous speakers and voting on our top concerns, hunter recruitment was identified as the highest priority issue for the National Deer Alliance to address moving forward. And this makes sense: while recent surveys show that nearly 80 percent of the public generally approves of hunting, only about 4 percent of our population actually hunts. So how do we change that?

Interestingly, the two main keynote speakers at the Summit, Steven Rinella and Shane Mahoney, both seemed to have a similar solution in mind. Focus on the meat.

“My home is decorated with trophies…emblems, symbols, totems and they are deeply personal to me,” explained Rinella, “but when people came into my house (non-hunters), they didn’t see what I saw…it just didn’t resonate. But they would sit down at my table and eat a meal of wild game and we would talk about that animal. Where’s that animal from? What does that animal need to survive? What are the threats to that animal? How is that animal managed? How did you kill that animal? And it was again and again and again a revelation to people.”

I have to agree with Rinella, and on top of that, there’s a related conversation already happening in the mainstream society of this country that’s perfectly positioned for hunter participation. Wild, organic, free-range, local; you’ve heard these foodie buzz-words thrown around in recent years, and it’s time that we hunters start saying, “Hey! We do that too!”

We hunters are the original consumers and suppliers of organic, free-range meals–but does the general public really understand this? Are we doing enough to educate others about it and how they might be able to get in on the free-range self-harvested meat themselves?

Conservation icon Shane Mahoney brought up a similar message during his keynote, as he extolled the merits of us hunters telling our story in different ways and to the general public.

“I think one of the ways we can do this is to talk about the original reason why human beings hunted in the first place, the issue of meat,” explained Mahoney. “We have 35-40 million people, in Canada and the United States, that hunt and fish. Think about the scale of that wild harvest.”

It’s this impact, of hunter and angler harvested wild-game, that Mahoney believes can help us better tell our story and bring new recruits into the ranks. In fact, Mahoney has begun work to commission a study to actually quantify the amount of wild game harvested and eaten annually, across the US and Canada, and then to measure the impact of that game both economically and nutritionally. Mahoney then believes that we can use that data to showcase the value of what we do and to use that as an example of the benefits available to those interested in trying to hunt or fish themselves.

“If we as hunters and anglers, in our sharing of wild game, are touching half of the people in our countries,” says Mahoney. “And if we are responsible, as we can show them we have been, for preserving the lands and waters so that they remain productive. Must they not look upon us in a somewhat different way? .. And then we can show them that it is there’s too. They can hunt and fish too … it is an opportunity for all.”

Whether we use the topic of meat as an olive branch to engage non-hunters in conversation or as an incentive for others to give hunting a try, one thing is for certain. When it comes to hunter recruitment in the 21st century, meat is going to be at the center of the discussion, and likely the table too.