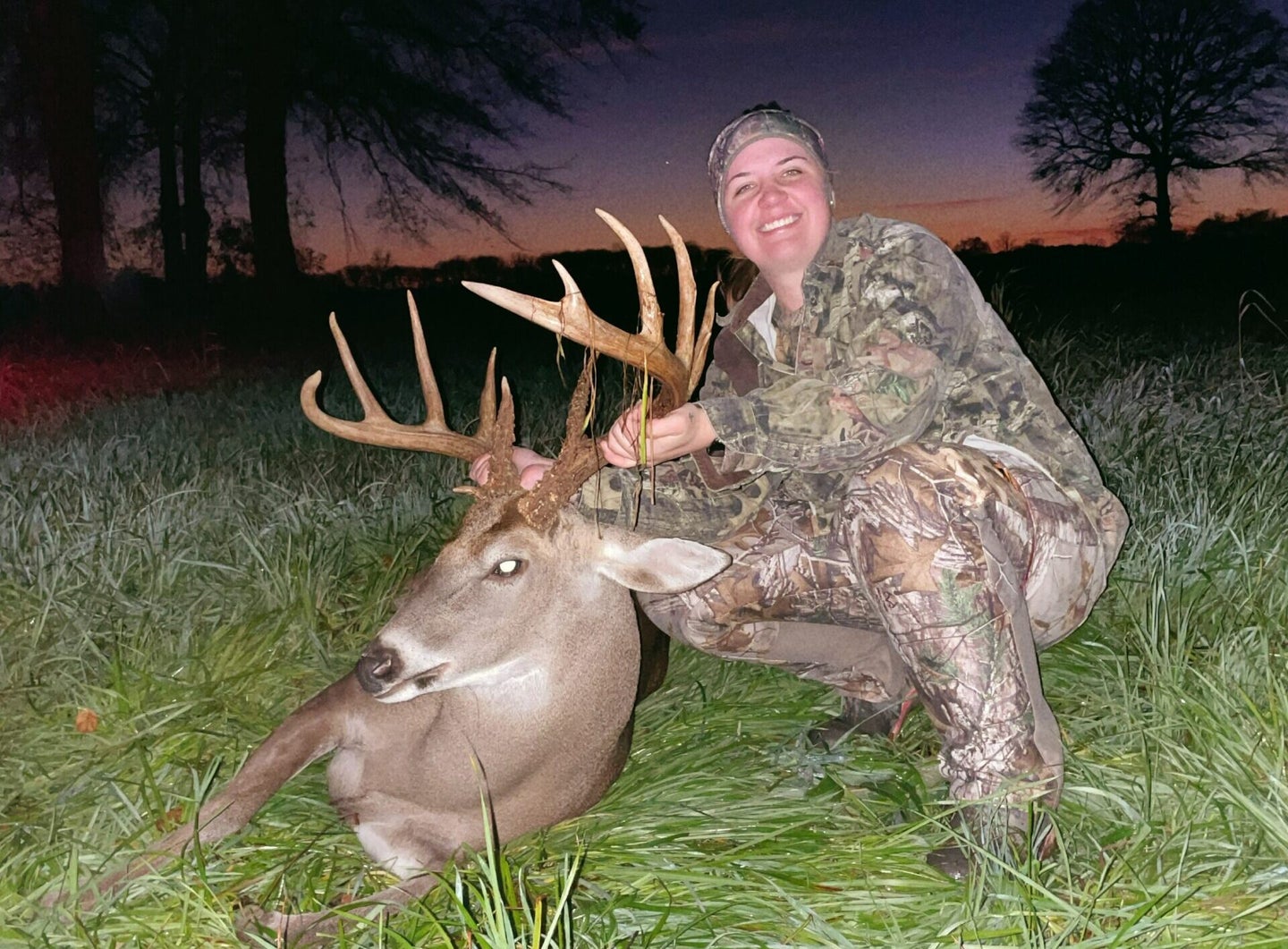 Hunter with her 242-pound buck of a lifetime. Chelsea Hunter
SHARE

It was early January, and Chelsea Hunter was tired of staying home. She just had to get outside, and she decided to go hunting.

“With the pandemic, and people pretty much in lockdown, I just had to get outside for a while,” says the 24-year-old from Tallassee, Alabama. “I decided on a whim to get out and deer hunt,”

Hunter is a long-time whitetail chaser with many deer to her credit since she first began hunting at nine, when she would tag along with her grandfather Mike Gunn. She started deer hunting alone at 15, and since then averages several deer each year, usually shooting meat does for the freezer.

Last year she shot a dandy nine-pointer on family farmland in the famed, deer-rich “Black Belt” of Alabama. During that hunt she spotted a second, much larger buck. But never saw the deer again until this year. Hunter climbed into a tree stand that afternoon of Jan. 4, and spotted five does in a field around 5 p.m. Twenty minutes later, a pair of does came running toward her and she knew a buck was chasing them.

“I spotted him and he was headed right after the does, but stopped just for a moment at 150 yards,” she says. “I knew it was the same big buck I saw last year, and he wasn’t gonna stand there long. So I quickly made the shot before he took off chasing does again.”

Using a Winchester .270 bolt-action rifle her grandfather had given her, she sent a 130-grain Winchester Power Point bullet through the deer’s shoulders. The big buck went down 60 yards from where he’d been hit. Hunter, her grandfather, and her cousin Ean Weldon loaded the buck and took it to a state-registered scale they have on their farm. The deer weighed 242 pounds. The 13-pointer has massive antler bases and is estimated at 6.5 years old. It green scored 167 inches. The buck will be mounted by a taxidermist, and it will be officially measured after a 60-day rack drying period.

Unsurprisingly, Hunter and her family cherish their venison. They traditionally hang deer in a cooler for 20 days before carefully processing the meat.

Read Next: The Top 40 Typical and Nontypical Whitetails of All Time

“We’ve already enjoyed some cube steaks from my buck,” says Hunter “With collard greens and corn, it’s delicious—like all deer meat we age.”