Don't be fooled. Sika deer are hard to kill 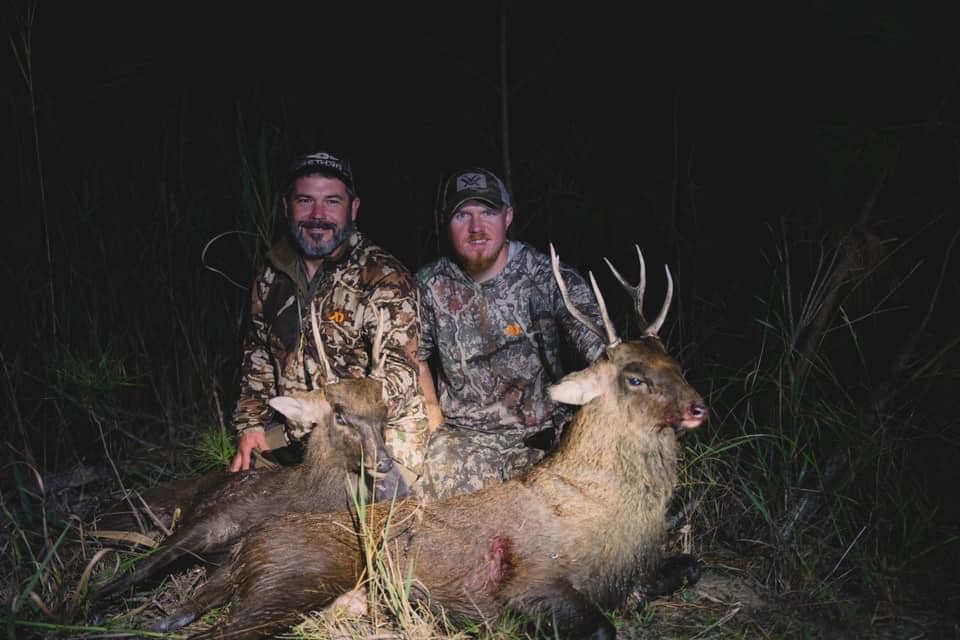 I recently spent three days hunting sika deer in Maryland. It was a highly anticipated hunt that had been on my bucket list since I first heard about those mini elk. Ahead of my trip, I did all the things one might do before traveling for a hunt: I sighted in my CVA Accura topped with a Leupold VX-Freedom, I packed way too much gear, and I pried sika hunting tips from my friends. But there was one flaw in my prep. I made the fatal mistake of watching a Netflix episode and a few YouTube videos on sika deer hunting, and listening to a podcast on the drive there.

I should have known better that sika deer hunting would be more difficult than what I saw in hunting programming. But I got caught up in the excitement of hunting a new species three hours from my front door. If you’re thinking about heading to Maryland for a sika deer hunt because it looked awesome on YouTube, let me help reset your expectations of what it’s actually like. I talked to veteran sika hunter Joshua Phillips about what makes hunting marsh ghosts so difficult. Here are his five key reasons.

If night walking bucks drive you crazy at home, be prepared for a lot more frustration. Sika deer are naturally more nocturnal than their whitetail cousins. Even during their rut, most of the action will be around dusk or dawn—or when you’re sitting in the dark waiting for the sun to come up. “The thing with sika deer is when they become pressured, they truly become the marsh ghost,” Phillips says. “They will disappear on you in a heartbeat.”

2. You Can Be Close to a Sika and Never Know It

There’s a reason why they’re called marsh ghosts. Sika hunters say they just appear and then are gone again. You might hear their vocalizations, as you strain your eyes for the slightest flicker of hide. Phillips says they can silently move through the forest and marsh due to the shape of a sika’s foot and its small stature. Instead of listening for their footfalls, he listens for water dripping off their legs as they walk through the marsh. “They seem to vanish or pop on you in no time at all,” Phillips says. “My experience growing up with them is you need to be on your toes all the time.”

3. Sika are Difficult to Pattern

Baiting is legal on private property in Maryland. While a whitetail might show up to the corn pile with relative certainty, a sika isn’t going to make the 5 p.m. reservation every day. A silver lining is that they can be called in. “They’re extremely curious animals,” Phillips says. “They’re hard to find, but they’re pretty easy to call in.”

A serious challenge I faced on my sika hunt was the bumper mast crop. There were times in the stand where I couldn’t hear anything but acorns dropping. I walked over a carpet of acorns on my walks to and from the stands. As whitetail hunters know, lots of acorns means deer don’t have to move far from bedding to feed. Sika are already not likely to move from bedding cover before sunset and the fact that they don’t have to go far makes matters worse.

5. The Areas that Hold Sika are Difficult to Access

While you can kill sika on field edges or oak flats, they prefer the security provided by thick stands of phragmites. A radio-telemetry study, conducted by the Maryland DNR, found sika deer prefer thick cover and marshes, and whitetails in the same area preferred agricultural and upland areas. “You’ll see on YouTube or some of these other shows where they’re chasing and prancing around in the open,” Phillips says. “But that’s not the case in most instances and especially in pressured areas.”

Now that you don’t want to hunt sika anymore, here’s one reason why you should keep your plans: Their bugle is really cool to hear. I heard a few stags bugle during my three days of hunting, and it was just as exciting as hearing the first tom gobble on a spring morning.