Sight in Your Rifle in Five Shots

Sighting in your hunting rifle can be a simple affair, but it can also be extremely frustrating. 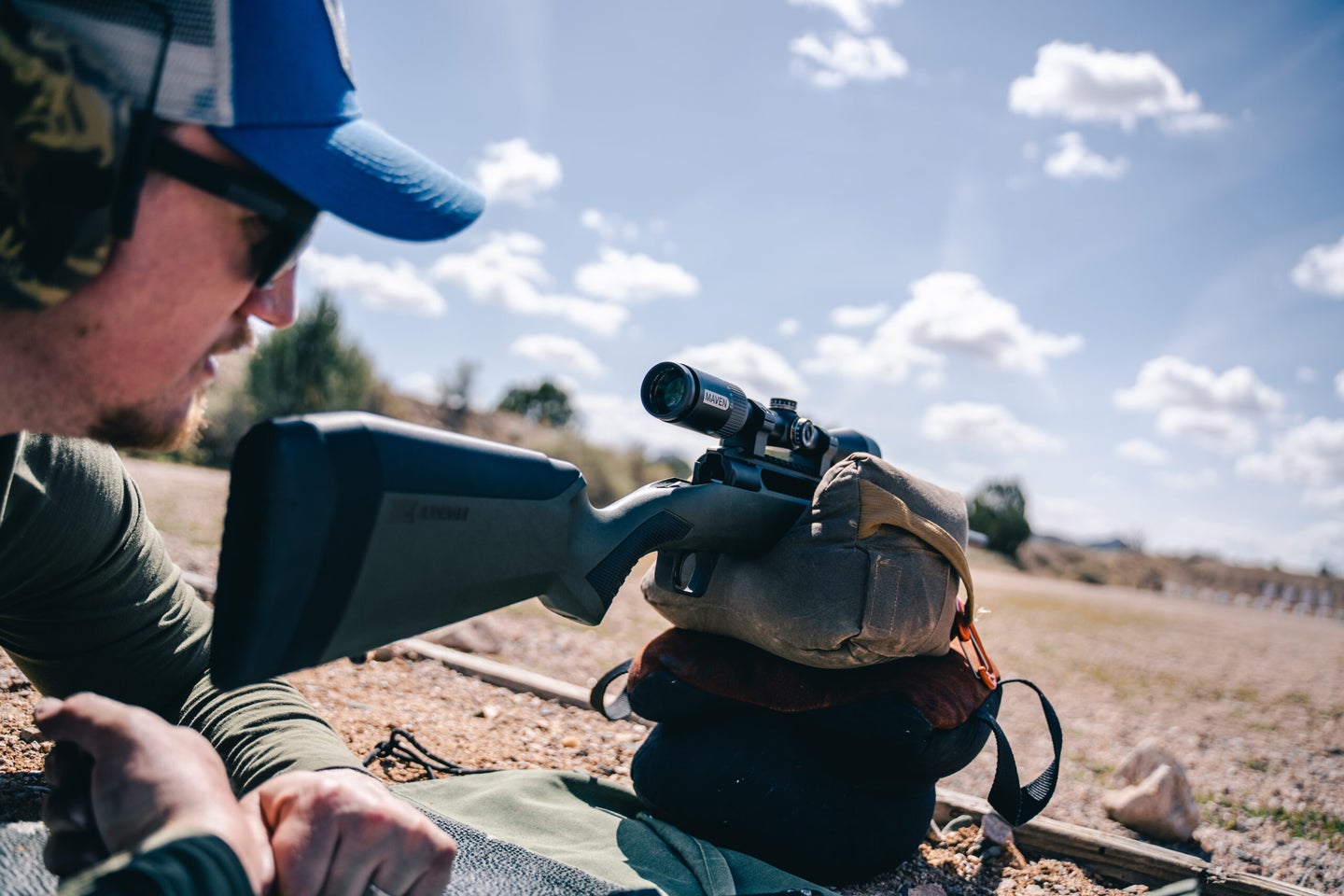 Unless you’ve been living under a rock, you’re aware that these days rifle ammo ranges from rare to non-existent. This can make offseason practice difficult and expensive, and even sighting in a rifle can become an anxiety inducing event as every squeeze of the trigger is a hit to the wallet. You need to be sure of where you rifle is hitting going into next hunting season, but you don’t want to burn up two hundred bucks in ammo to do it. Luckily, you don’t have to.

Sighting in your hunting rifle can be a simple affair, but it can also be extremely frustrating. Hot barrels, guesstimated adjustments, and impatience can quickly suck you down an ammo-burning vortex that will spit you out exactly where you started—with a rifle that’s not zeroed. Taking your time and paying attention to detail will allow you to sight in your hunting rifle extremely efficiently and you’ll be confident of its point of impact.

The first step to a quick zero is to bore-sight your rifle. Bore sighting is simply adjusting your scope to point at the same spot your bore is pointing. This will usually get you on paper (meaning you’ll hit a paper target with your first shot), but it’s not to be confused with actually sighting in your rifle.

There are various methods and tools for bore-sighting, but one of the simplest is to do it by hand. Set your rifle securely on a rest so that it will not move. Remove the bolt so you can look down the bore from the breech. Point the bore so that it will rest with your target in the center of the bore. Then—without moving the rifle—adjust your scope so the crosshairs also rest on the center of the target. Double-check to make sure both the bore and scope are pointed at the same exact spot, and you should be ready to shoot.

After bore-sighting, carefully fire a single shot at your target. If you bore-sighted the rifle correctly, it should be on paper at 100 yards—it can help to use a large target or fresh piece of cardboard to find your first hit.

Once you find your first impact, carefully measure the distance of your impact from the aiming point in two vectors—horizontal and vertical. If you fired a good shot, and you can measure the horizontal and vertical distance to the target, and the range at which it was fired, you can sight the rifle in with that single shot. At 100 yards, one inch represents almost exactly one minute-of-angle—the unit of measure for most hunting scopes. If your impact is 10 inches below the target and 6 ¼ inches to the left, you will adjust an M.O.A. scope 10 M.O.A. up in elevation and 6 ¼ M.O.A. to the right.

In theory, your rifle should now be sighted in. Unfortunately, real world factors and conditions usually require verification, and sometimes other adjustments. Let your barrel cool completely and fire another single, careful shot. If your shot is within an acceptable distance from your aiming point, good job. If not, carefully measure and make adjustments accordingly. Some riflescopes might not be entirely consistent in their adjustments, so you need to verify.

Finally, as added reassurance, fire a careful group of three to five shots. If you’ve done your job, this will give you confirmation and confidence in where your rifle is sighted and show you if the point of impact shifts after a cold-bore shot. If you’re still off, measure from the center of the group to the aiming point and adjust accordingly.

Less-accurate rifles or ammo can be very frustrating to try and zero with single shots, so if I have the ammo available, shoot a group immediately after your first adjustment to better-gauge the true point of impact.