5 Things You Should Do for Deer Hunting This August 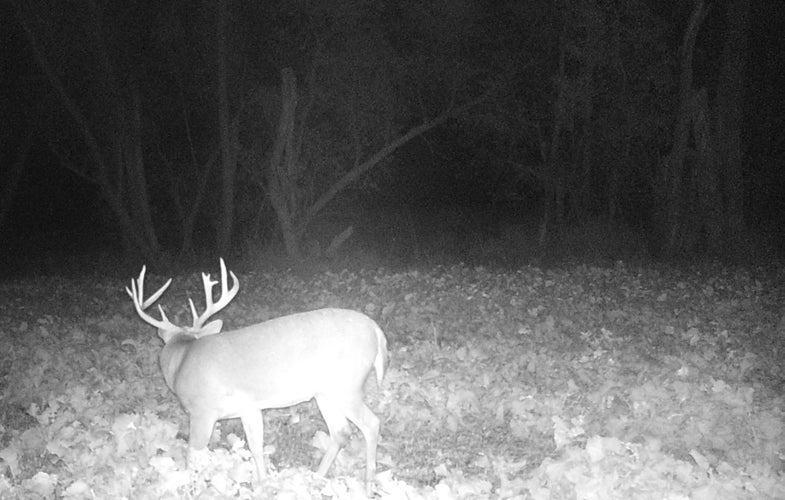 It's time to get ready for deer season. Tony Hansen
SHARE

August may seem like summer to most people. But for crazy guys like me, it’s the month that unofficially kicks off deer season. No, I don’t mean it’s time to fire up the spotlight and start poaching velvet bucks. Rather, this is when I start to get serious about preseason prep work. With that in mind, here are five things you should be doing for deer season…right now.

I can’t take credit for this little trick. That honor goes to Jeff Sturgis of whitetailhabitatsolutions.com fame. Jeff has written a number of books focused on whitetail habitat improvements (each of them I highly recommend) and many of them contain information about “steering” deer through your property.

Owning a couple of small properties (17 and 7 acres in size), I first employed Sturgis’ concept about four years ago and it has showed to be remarkably effective.

The premise is stupidly simple: Create paths where you want deer to go. Close off routes you’d rather they not use. I do this primarily with a chainsaw. The key here is walk the route first and mark it with flagging tape. Trust me, skip this step and you’ll end up with a trail that follows the path of least resistance rather than the route you had intended. (Don’t ask me how I know this.)

Now is not exactly the “ideal” time to do this (it’s much better in the early spring before the foliage and bugs get thick) but this is the last month you have to do it before opening day of bow season. (And if your season opens in September, it’s already too late.)

The vast majority of my food plots are fall plots, which means they’re planted in late August or early September. To get things ready, it’s time to start spraying. This is especially true if you’re dealing with a new plot location that’s thick with weeds. If those weeds are tall, you’re likely going to need to spray at least twice.

So load up the sprayer with glyphosate, and get to it. It’ll take about two weeks to get a full kill. And if you need to spray a second time, doing it sooner rather than later gives you a chance to get that second spraying in before it’s time to seed.

I get a ton of enjoyment out of trail camera images. To me, it’s almost as much fun as actually hunting the deer. And this is an awesome time to get great photos and video.

Whether it’s spotted fawns interacting with each other or watching bucks as their antlers seem to add inches every day, summer trail camera photos and videos are a great way to extend your “hunting” season and capture cool moments you would otherwise miss.

Keep in mind that antler growth has just about peaked. So the bucks you get photos of now are just about as big as they’re going to get.

Last December, my buddy Freeman and I decided to pull a treestand set that we hadn’t hunted in a couple of seasons. The stands had been in place for about four years. We always said we were going to get them down but never did. Sound familiar?

So with a mild winter weekend on tap, we headed for the woods to finally retrieve them. As expected, the tree had grown a bit since the stands were placed and removing the straps from the stand wasn’t possible.

So I tossed my pocketknife up to Freeman (who had volunteered to do the dirty work of pulling the stands down) and told him to just cut the straps.

The moment that blade touched the strap—POP! The tension created by the growing tree trunk combined with UV exposure had made those straps a brittle ticking bomb.

We were both stunned. Not because the tree had grown or because we were foolish for leaving the stands out—that was a given. No, it was the intensity with which that strap blew and just how small of a nick in the strap it took for it to fail. Needless to say, we made a long day of removing every single treestand we had left out.

Each stand will be getting a thorough inspection, the bolts and cables replaced as needed, and adding new ratchet straps for the fall.

This is kind of an obvious “to do” but it bears mentioning regardless. Shoot your bow. Shoot your gun.

I won’t shoot hundreds and hundreds of arrows this month. But I will try to shoot a few arrows each week. If you’re fortunate enough to live in an area with a range that offers weekly leagues, sign up. If you don’t have a commercial range or course, consider going in with some buddies and setting up your own 3-D range.

Repetition matters. And a few shots a week add up to a whole lot of shots by the time opening day comes around.