6 Reasons Why You Should Hunt Black Bears

Never hunted bears before? Here's what you're missing. 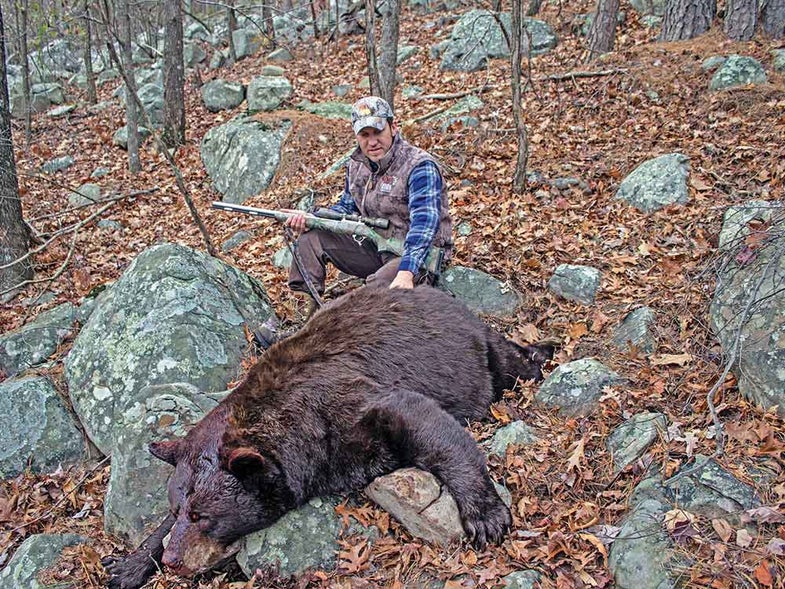 In 2011, the latest year for which we have statistics, 11 million Americans hunted deer. That same year, only 500,000 U.S. hunters pursued black bears, despite burgeoning populations of the game animal, liberal hunting regulations, and relatively little competition in either spring or fall black bear seasons. Maybe it’s our collective fetish with antlers, or a widespread perception that bears aren’t game animals or aren’t worthy table fare, but here are six reasons you should consider hunting black bears this year.

1. Bears are iconic. Their teeth, claws, strength, and resolve to survive symbolize our vast and rugged continent. Black bears have the widest natural geographic distribution of any North American big-game animal besides the mountain lion. Originally, black bears occurred in more places than even whitetail deer.

2. Bears are abundant. Biologists believe there are more black bears now than before European settlement. Conservative estimates peg the continental bear population at 800,000, compared to the pre-­settlement number of 500,000.

3. Hunting opportunity abounds. States and provinces offer more opportunities to hunt black bears now than at any time in the last generation. Consider that in the 1950s, fewer than 100 bears roamed New Jersey. In 2010, the Garden State reopened its hunting season for bears to control a burgeoning population of more than 3,000. Bears have been sighted in every New Jersey county, despite the fact that the state has the highest human population density in the United States. Bears from Virginia and West Virginia have recolonized eastern Kentucky after an absence of more than 100 years. The Bluegrass State now has a hunting season in 16 counties. In the 1970s, Florida had between 300 and 500 black bears. The ancient swamps of the Sunshine State now hold more than 4,000 bears. Oklahoma opened its first bear season in 2009, and Sooner State hunters have killed 40 to 80 each year since. Breeding populations of black bears exist from southern Missouri to northern Louisiana.

4. Seasons are underutilized. Many regions have liberal bear seasons and are essentially begging for people to come hunt bears. Idaho has both spring and fall seasons, and in many zones hunters can buy two tags over the counter. In Alaska’s many black bear zones, the hunting season never closes, and each hunter can take up to five bears (Zone 19). Georgia isn’t widely known for bear hunting, but the Peach State has a two-bear, over-the-counter fall hunt.

5. Bear hunting is challenging and rewarding. What other big-game animal can you hunt through the spring and also in the fall? Answer: none. Hunting methods are as diverse as the regions bears inhabit. You can spot-and-stalk, still-hunt, hunt over bait, pursue them with hounds, and drive cover in many states.

6. Bear meat is tasty. Eighty-five percent of a black bear’s diet is vegetation. Most of the remaining 15 percent is protein in the form of insects. This isn’t much different from a wild turkey’s diet, and it translates into great-tasting meat. Try slow-smoking all the different cuts and you’ll be pleasantly surprised with bear meat’s beef-like texture and taste. Black bear meat is truly a traditional American dish. Surprise and dazzle your dinner guests this fall with something they’ve likely never had—Ursus americanus. But you’ll have to get one first. And across America, there is no shortage of opportunity.