Kainen Rednour of Wayne County, Kentucky made a perfect shot with his crossbow 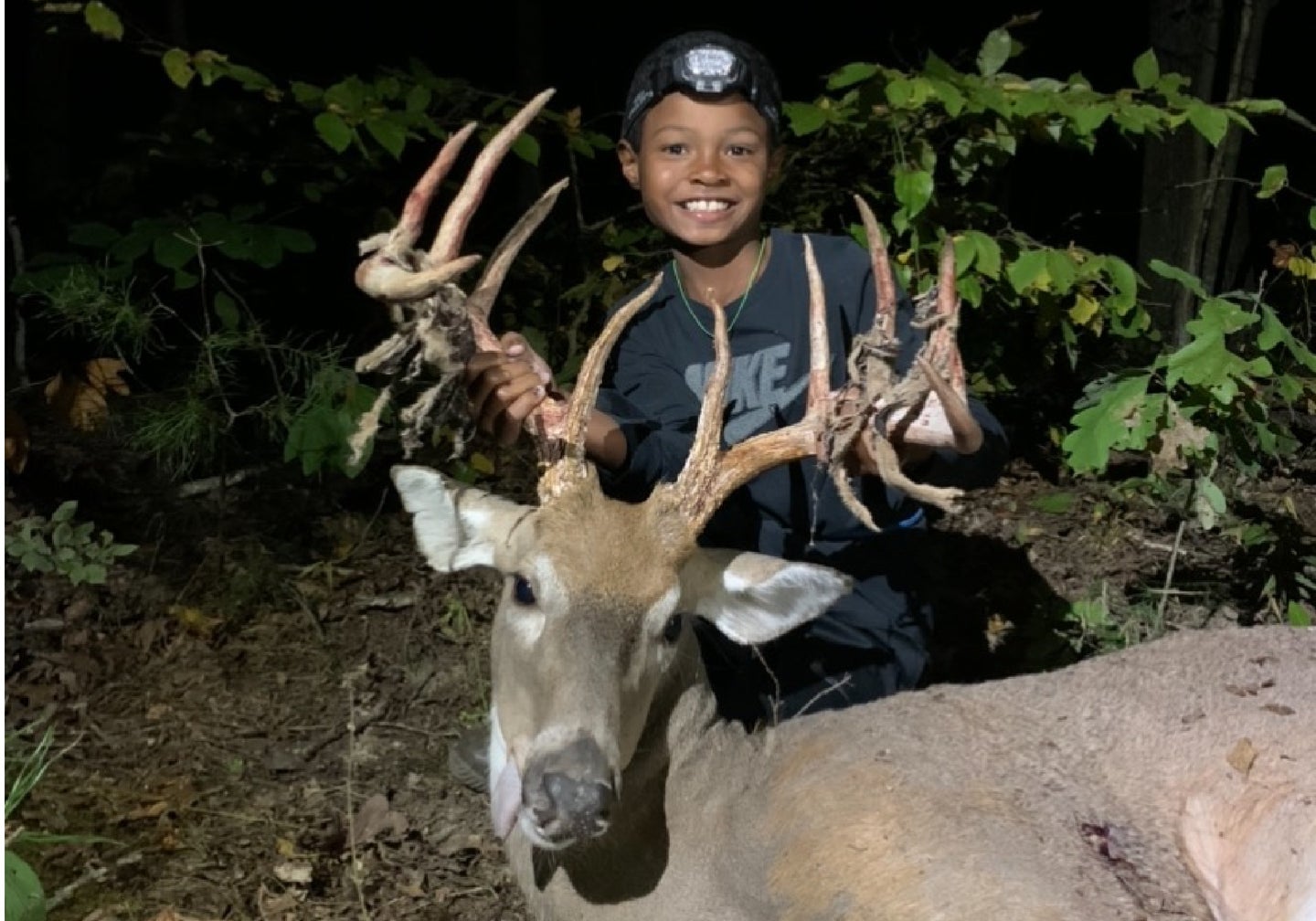 Rednour has hunted since he was 5 years old, but this was his first deer with his crossbow. Mike Stringer
SHARE

The last five minutes of shooting light on Thursday, Sept. 22 were pretty exciting for Kainen Rednour and his dad, Mike Stringer. Rednour had his first crossbow tag and his first chance at a mature whitetail buck after chasing does and spikes during youth rifle season for four years prior. This year would be different. Stringer and Rednour had been watching a 12-point buck hanging around a 50-acre tract of family land near Lake Cumberland about 30 miles from the Tennessee border. They’d hunted him a bit in the past but never got a chance to take a shot.

“This year he showed up early, when he was growing in velvet back in the summer, but then he’d been gone for a few weeks. Then he showed back up the morning [Kainen] killed him,” Stringer tells Outdoor Life. “I was at work, but I had a cell camera on the place, so we went that evening. It was right around dark, maybe three or four minutes before last shooting light.”

The buck crept out into the open and kept walking and stopping, then walking again.

“He finally stopped and Kainen got a shot on him. It was so dark I couldn’t even tell where he hit him at. But we gave him about an hour because there was quite a bit of blood. How far did he run do you think, bud?”

Eventually Rednour and Stringer approached the buck, which had a large mess of velvet still hanging from his hardened, blood-stained antlers.

“I [rough-scored] him quickly and he’s around 150 inches,” Stinger says. “He looks bigger than that in the pictures, but his G2s and G3s aren’t really long. But he’s a perfect typical.”

READ NEXT: 10 Amazing Photos of a Buck Shedding Velvet

Rednour’s “paw-paw” brought the four-wheeler out to help extract the deer. They worked quickly since the weather was still so warm. Rednour confirmed he will definitely get the antlers mounted. He was excited about telling his friends, who were happy for him.

“He’s had a lot of comments from church people, neighbors, and school friends,” Stringer says.

When asked how he felt while taking a shot on the deer of a lifetime, Rednour confirmed he was calm, cool, and collected.

“I was excited,” Rednour says. “I wasn’t really nervous.”