How Much More Antler Will Your Target Buck Grow Before Opening Day? 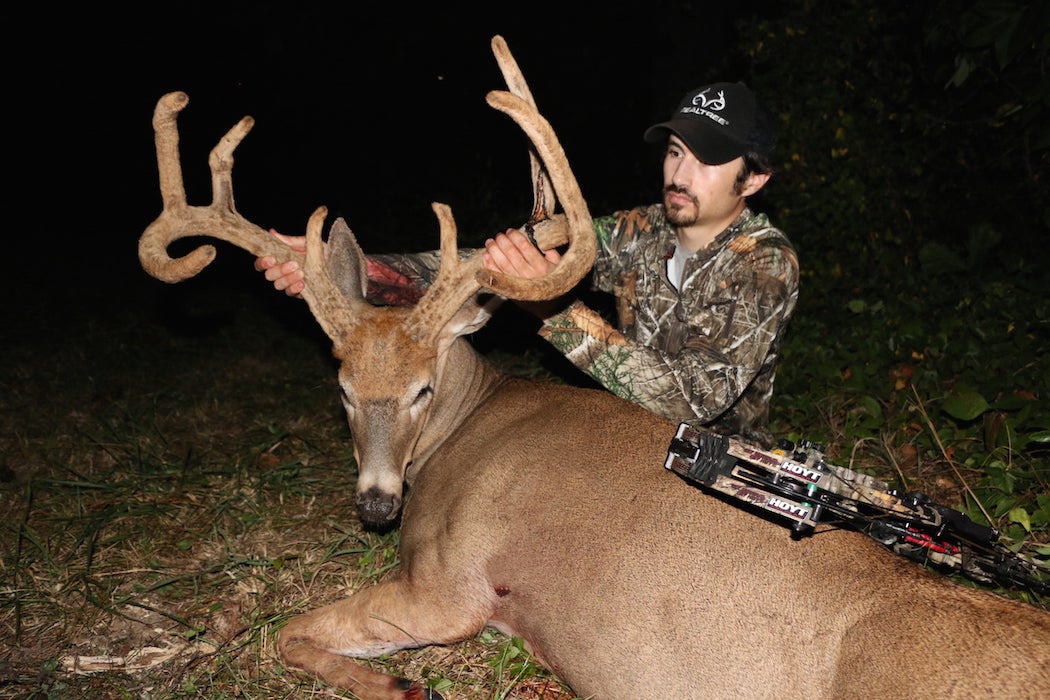 The author with a eight-point Kentucky buck in velvet. Josh Honeycutt
SHARE

Many of us want to shoot big deer. And every so often, a good buck with a head full of horn shows up on your trail camera. You’re excited, and start to wonder if this deer’s rack is as big as he’s going to get or if he still has some growing to do. The answers depends on a few different factors. By August, some deer are topping out, while others still have a little road left to travel, and their antler size could increase.

Antlers are among some of the fastest-growing animal cells known to man. How do they work? Studies show antler growth acts like a controlled form of cancer, says Kip Adams, director of conservation for QDMA. This regulated escalation allows deer to grow their racks quickly. Biologists understand certain aspects of antler growth, but it is still a mystery what triggers and halts the growth.

While the antler-growing process began months ago—soon after antler shedding—not all bucks dropped last year’s antlers at the same time. This puts deer at slightly different stages when it comes to new antler growth. For those bucks that dropped their antlers earlier in the season, their development is virtually complete by now. Interestingly, most bucks stop growing their antlers around the same time, regardless of when the growing process started.

“Unless they were a late drop, from now on, [growth] is rather minimal in comparison to the overall size of the rack,” says Terry Drury of Drury Outdoors. “[If] you are still seeing these dark bulbs on the end of their main beams and/or antler tines, they still have growing to do.”

But Adams and Drury say late bloomers are the exception, not the norm. By early August, for most bucks, there is little antler left to produce.

Read Next: The Keys to Deer Antler Growth

“Antlers grow from the tips,” Adams says. “The bulbs at the end of the beam [and tines] are potential growth. Once those are gone, most of the growth has happened.”

Meanwhile, rising testosterone levels trigger antler mineralization and calcification, which occurs from the base up to the tines. This biological change takes approximately a month, according to biologist Jeannine Fleegle at Penn State University. Fleegle says velvet has 12 hair filaments per square millimeter, each one measuring 5 mm long. That extra volume makes antlers appear larger in velvet. So, regardless of how much more bone that buck packs on, he might actually look a little smaller once he sheds it this fall.