The Fall Dispersal Phenomenon: Where Did All the Bucks Go?

For the past two weeks we’ve been covered up with emails from hunters wondering where the bucks they have been... 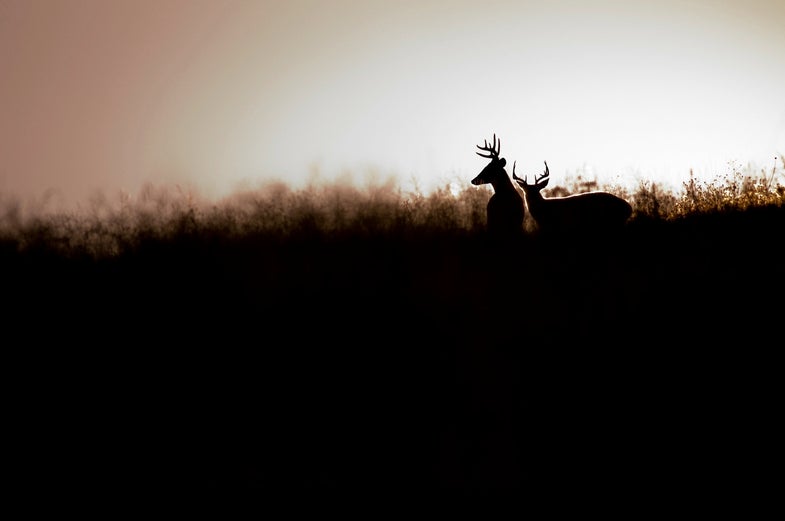 For the past two weeks we’ve been covered up with emails from hunters wondering where the bucks they have been watching all summer have disappeared to. It seems the bucks that have been regularly showing up on trail cameras have gone ghost, especially those nice bunches of bucks we commonly refer to as bachelor groups. The answer is actually pretty simple: they are out there looking for a place to set up for the upcoming rut, it happens every year.

Social Pressure Leads to Dispersal
It doesn’t take long for a yearling or 2-year-old buck to figure out when he is outmanned (too much competition) or out muscled (bigger bucks already present). He figures out pretty quick that if he is going to get any doe action, he had better get out of this neck of the woods. Deer scientists have assumed this for years, but now thanks improved GPS collar research, they know it for sure. Study after study has demonstrated that bucks often shift locations as the breeding season approaches. They refer to this phenomenon of bucks moving about looking to establish a breeding territory as fall dispersal. The researchers believe it is caused by the social pressure associated with bucks competing for breeding rights.

While most of the emails we have been getting are in the “where did my bucks go” category. The sword cuts both ways. We have had any number of happy, happy, happy, hunters crowing about all the bucks they are picking up. Two weeks ago we started to notice an influx of 1.5- and 2.5-year-old bucks on our hunting property. The “apple tree” camera in my favorite hunting complex went from routinely catching the same two or three bucks on camera to six or seven nice 2- and 3-year-old bucks, most of them strangers. Some of them will no doubt move on as the social pressure in that area is generally pretty intense. But for now, it’s fun seeing all of the buck action.

Waiting for Mr.Big
We expect the dispersal to continue for awhile as new bucks continue to move in and out of our hunting property. Right now, most of the in and outers are on the young side as the old dominant bucks are typically already in place. When the rut really starts ramping up in about a month, we expect to see an older age class of bucks up and about looking over a new crop of does and expanding their home breeding ranges, a sight worth waiting for.

Food Moves Deer (Temporarily)
And don’t forget food sources! Nothing (other than breeding) moves a deer around like food. Much of the movement we see in fall can be attributed to changing food sources. Food may not be responsible for full-fledged dispersal where a buck leaves home for parts unknown, but food does tend to relocate and reorganize deer temporally. Bucks (and does) are still in their “need to feed” mode. Their feeding frenzy phase kicks in late summer and lasts until the rut starts. Nothing moves a deer out of an alfalfa field like an acorn drop, or a dozen bushels of sweet apples laying there waiting to be gobbled up. Changing food sources will move deer around in a home territory and cause your cameras to shoot blanks (or explode) for a few weeks. The deer that left your clover last week may return to it in late November or even earlier.

You Should Have Been there Yesterday
If you think the deer woods are static, think again! Things are always changing in the world of the whitetails. There is going to be a lot of movement in the next few months. The trick is to stay on top of it and hunt where they are, not where they were.