Just a year ago, the buck was a normal five-by-five 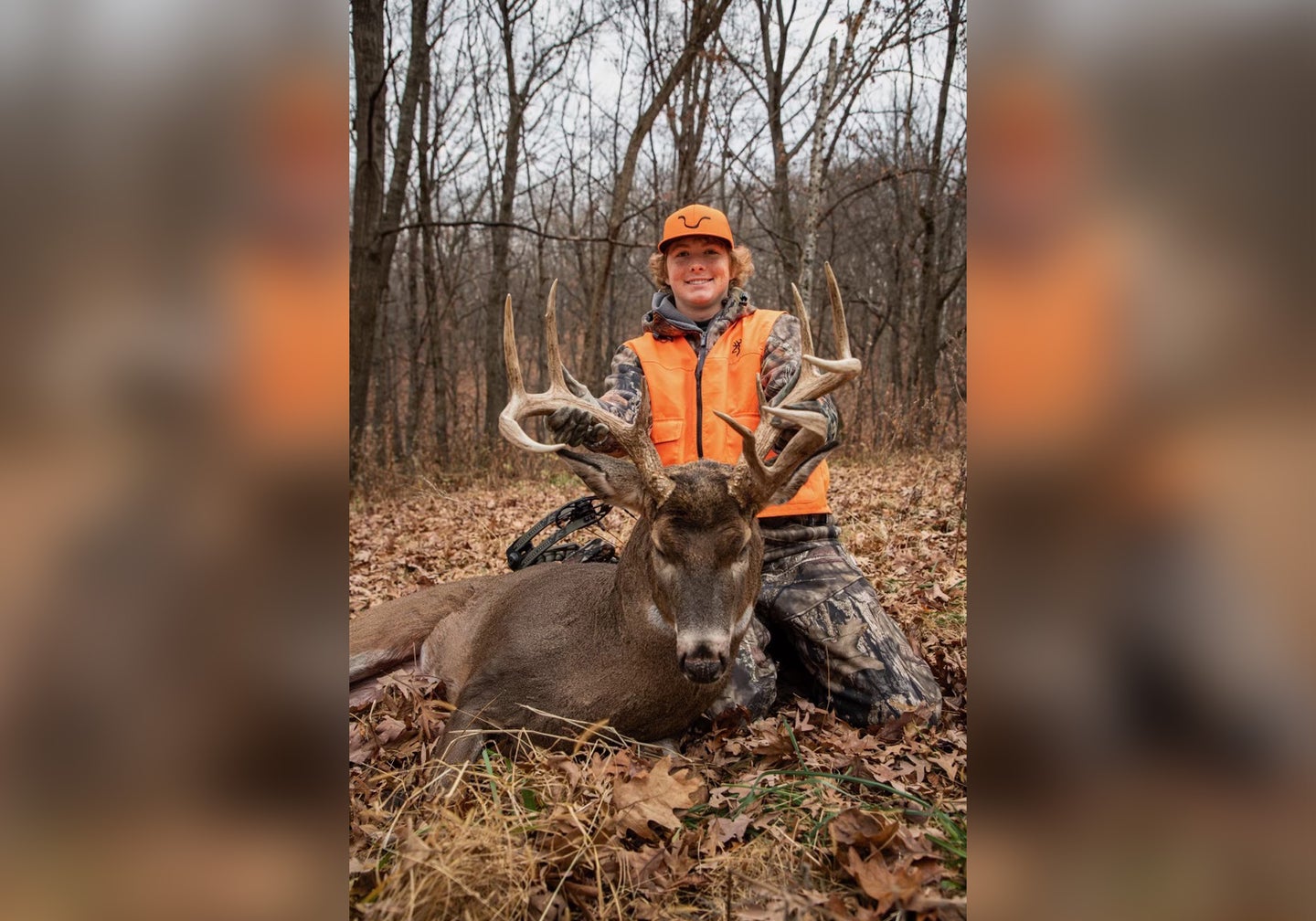 The story behind this whitetail's antlers remains a mystery. Carson Reeve
SHARE

It’s tough for Carson Reeve to find a lot of time to hunt. Between preparing for his first college baseball season, filming hunts with his hunting-show-host parents, going to school, and doing other normal 19-year-old things, Reeve’s schedule is pretty packed. Luckily he wasn’t too busy to get out to hunt in Minnesota on Nov. 5 and 6. If he hadn’t, the three-beamed whitetail buck he arrowed might have walked into someone else’s sights on a different farm the next day. It was Minnesota’s opening weekend of gun season, but Reeve still decided to hunt with his bow.

Reeve ended up making a perfect shot during last light on Sunday, Nov. 6. from 35 yards. He had been archery hunting a different farm where he has permission prior to the rifle opener, so this deer wasn’t really on his radar. But after seeing little activity on that acreage, he made the switch to his dad’s property. He set up in a box blind over a bean field and watched the buck walk out in fading light, chasing a doe. Eventually the buck crept within range and Reeve let an arrow fly. The buck made it about 50 yards before falling right inside the boundary of the woods on the edge of his dad’s farm property.

It wasn’t until Reeve compared the whacky antlers with a set of sheds from 2021 that he realized he had history with this buck.

“We picked up his sheds last year when he was a 4-year-old main-frame 10-pointer, and we don’t really know what happened to him,” Reeve tells Outdoor Life. “We knew he’d be five and a half this fall. Then we had a deer with a triple-beam show up this year and didn’t really think anything of it.”

But when Reeve compared the antlers side-by-side, he knew without a doubt that the triple-beam buck and the 10-point buck were the same deer. But something had clearly happened over the previous year that changed the way those antlers grew. It’s pretty common knowledge that hind leg injuries can result in funky antler growth on the opposite side. But Reeve didn’t see anything out of the ordinary on this buck after dressing it out.

“We’re very confused by it. Last year he was a clean five-by-five,” Reeve says. “The farm we’re hunting isn’t close to any roads. We don’t know if he got injured. But he grew a somewhat normal antler and added the extra two beams on there. We matched up the sheds and it’s definitely the same deer.”

Few understand whitetail hunting better than Reeve’s parents, Pat and Nicole Reeve of “Driven with Pat and Nicole” on the Outdoor Channel. The show has been running for 17 years and both have Pat and Nicole have taken many impressive animals. They have passed their passions down to their son, who has hunted and fished around Minnesota his whole life.

“He keeps growing and so do his [bucks],” they write of Reeve in an Instagram post. “Not much has changed over the years!”