Why Bucks Shed Their Antlers

It happens around this time each deer season–a late-season hunter shoots a buck, but when he grabs an antler to... 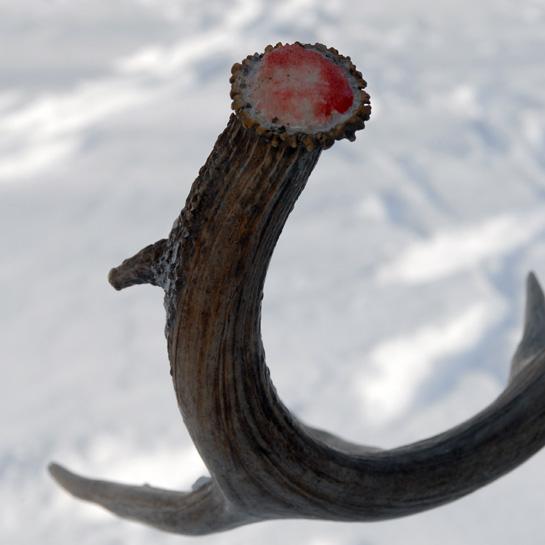 It happens around this time each deer season–a late-season hunter shoots a buck, but when he grabs an antler to drag him out of the woods, it comes off in his hands. Worse yet, a late-season hunter looking to fill his antlerless tag, connects on a doe only to find that it’s a buck that has already shed his rack.

So what causes bucks to shed their racks? Is it colder-than-normal temperatures? Heavy snow? Truth of the matter is that although those factors may come into play, it’s more about testosterone than anything else.

Antler casting typically begins sometime in mid-December in the North and is for the most part, completed by mid- February. It begins somewhat later in the South and extends somewhat longer.

A drop in testosterone levels triggers specialized cells called osteoclasts to activate. Osteoclasts eat away at the bone at the base of an antler and allow the antler to be cast. The process occurs quickly; antlers that are seemingly irremovable one day, readily fall off of their own accord a day or two later.

As of this writing (12-18-20), reports of cast antlers from the North have started to come in. They will continue for a month or two and then switch to reports of antlers still attached. This is very common as antler casting typically extends from early winter until early spring.

There appears to be a relationship between a deer’s physical condition and early shedding. Wounded or otherwise injured deer often cast their antlers early. Biologists surmise injuries result in testosterone levels to drop early and trigger osteoclasts activation. Physically declining deer also seem to cast earlier than physically thriving deer; as do bucks that have rutted so aggressively so as to weaken their overall physical condition.

The implications of early shedding for late season hunters are twofold: 1. that big dominant buck you have been hunting all season may be losing his antlers any day now and 2. the doe you shoot to help control deer numbers might just be a buck.

Bottom line, this time of year look for red, raw, or scabbed over areas on either side of the forehead before pulling the trigger.