Four Lessons to Help Turn Around Your Deer Hunt

Last week I wrote about the clues and conditions I’d been analyzing that led me to want to hunt one... 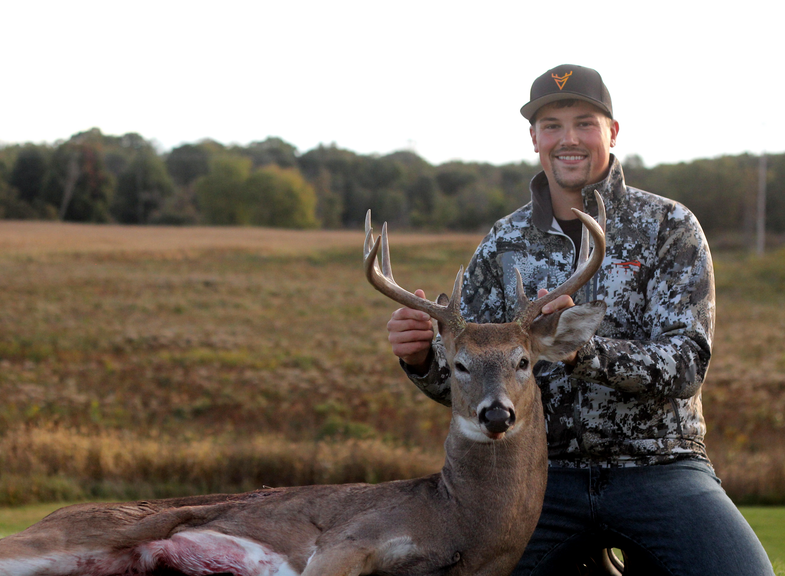 Last week I wrote about the clues and conditions I’d been analyzing that led me to want to hunt one of my best stands that evening. And just hours after submitting that article, things came together (mostly) as expected, and I filled my buck tag on an opening night Michigan buck. But the story of this hunt doesn’t end there.

I’ve come to believe that it isn’t just meat and antlers that you can bring back from a successful hunt, but also lessons that can be learned and applied to future hunts.

Why?
When hunting mature bucks, dozens of tiny details and factors have to line up just right to lead to a punched tag, and more often than not, they never do. That said, when things do actually come together, it’s crucial to analyze those circumstances to see exactly what happened right and what you might be able to take from this hunt and apply down the road. To illustrate this kind of analysis, I’ve compiled a brief explanation of the factors that I believe led to my Michigan bow kill.

1. Taking advantage of early season scouting
With bucks still adhering to consistent bed-to-feed patterns during the early season, careful long distance or trail camera scouting can pay serious dividends—and that’s exactly what happened in this situation. I’d captured trail camera pictures of my target buck in a secluded food plot several times near daylight, and watched him feeding there before dark twice (from a distance)—most notably on an evening three days before my opening night hunt.

2. Trusting weather/astronomical triggers
As I explained in the aforementioned blog post, I was expecting several weather/astronomical factors to trigger increased daylight deer movement on that day. I had a cold front moving through, high pressure, and a moon overhead around dusk. With these clues and the sightings mentioned, I decided to postpone plans to go to Ohio, and instead head in to hunt this set in Michigan.

3. Food plot design
When looking at this scenario that ended with a bloody arrow, I can’t ignore the positive impacts of the food plot I sat over that night. Two years earlier, I’d decided I needed to convert an open grassy field in this area into a secluded food plot system, in order to encourage more deer to travel out of a neighboring bedding thicket and spend time on my property. Comprised of three small secluded plots of Whitetail institute Winter Greens and Oats, and separated by various strips of tall brush, the plots immediately began pulling deer onto my property, including the buck I ended up harvesting.

4. Not giving up
Not everything went perfect on this hunt, as just minutes before I arrowed my buck, I actually missed a mature eight-pointer. In the heat of the moment, I mistakenly released on the wrong pin, and watched my arrow drop right underneath him. Obviously, I was very upset with myself. But I didn’t give up on the hunt. Instead I stuck it out in the tree, regained my composure, and when a second opportunity miraculously appeared, I took advantage of it.

Final Thoughts
On most of our hunts, the mistakes outweigh the successes, and we’re left pondering what went wrong. But on those rare, very special days when it all comes together—it’s important to not just accept them like a gift and move on. Instead, ask why? What went right? What led to this moment and how can you replicate it again? Do this after your next successful hunt, and you just might be able to learn lessons that could lead to your next ten.