Will a Decrease in Roadkill Mean More Deer in the Woods this Fall?

With less traffic during COVID-19, fewer big-game animals are being killed on our roads 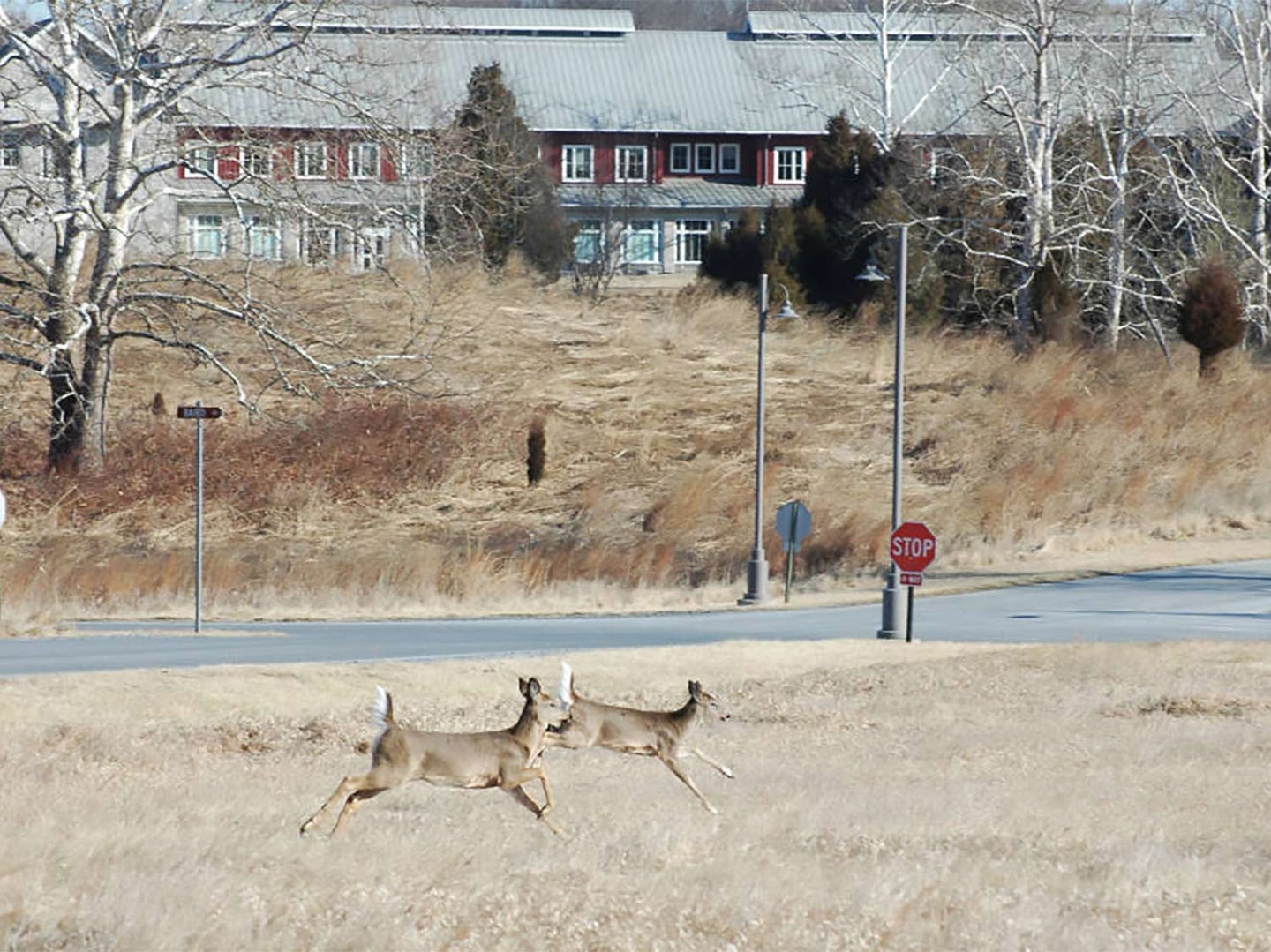 There has been a significant drop in roadkill since early March due to the COVID-19 pandemic. Brett Billings/USFWS
SHARE

Hunters know the risks of cruising down rural highways in whitetail country, and the deer carcasses lining our roadways are a not-so-subtle reminder. But during COVID-19 closures and social distancing, there has been a steep drop in the number of animals killed by vehicles.

Roadkill animal deaths fell in California, Idaho, and Maine, according to a study by the Road Ecology Center at the University of California-Davis. The study found that animals killed by cars dropped by 21 to 56 percent—depending on the location—from March to mid-April. The reason for the decline was directly tied to the reduced number of motorists on our roadways—traffic in the U.S. fell by 73 percent during peak lockdown, according to National Geographic.

“There is a statistically significant decline in wildlife deaths on highways in all three states following reductions in traffic this spring,” said Fraser Shilling, director of the UC-Davis Road Ecology Center in a news release. “This has not been the case for any of the previous five years for these three states. If anything, there is usually an increase in spring.”

So does a decrease in roadkilled critters mean that there will be more deer in the woods this fall? In short, yes, but you might not notice the difference. It all depends on where you hunt. For example, if you hunt in a county that’s had a historically high percentage of car-deer collisions, you might see a few more whitetails from your treestand this fall. Hunters in areas with lower car-deer collisions likely won’t see any difference.

“I think what it will mean is there will be a few more deer in the woods this fall, but not every hunter is going to see that increase,” said Dr. Michael Tonkovich, a deer program administrator in Ohio’s Department of Natural Resources. “We lose 22,000 to 25,000 deer a year to vehicle collisions, but a majority of those come in November, December, and January. There is some spring dispersal of deer, like does pushing out button bucks or does finding a new home range, but it’s not like the movement we see in the fall.”

“Based on field work in Pennsylvania that has monitored survival of individually marked white-tailed deer across the state, we typically observe very high (>97%) monthly survival rates outside of the hunting seasons. As a result, non-hunting mortality – including deer-vehicle collisions – are not a significant source of mortality for our deer populations,” says Dr. Christopher Rosenberry Chief of the Pennsylvania Game Management Division. “Given the high survival we have observed in 20 years of field studies, we do not expect the decline in miles driven to have a noticeable impact on the deer population in Pennsylvania.”

If social distancing continues and there is a significant decrease in traffic through the fall, we could see a bigger impact on roadkill numbers. The highest percentage of deer-vehicle collisions come in November (not surprisingly), according to Car & Driver, when rutting bucks are chasing does.

For now, it seems that travel is picking back up throughout the country (though it hasn’t fully returned to normal levels). When traffic does return to normal, it’s hard to say what will happen to roadkill numbers. For months, critters have become accustomed to a smaller amount of human interference. Will there be a huge spike in roadkill when we all hit the road again?

“It’s really hard to answer the question, because nothing like this has ever happened before,” says Tonkovich whose state ranks fifth in animal-vehicle collision insurance claims. “There could be an uptick in deer crashes because the deer have become so accustomed to our current state of travel, but my guess is that will be short-lived. Studies have shown the more a hunter frequents his stand, the less likely it is a deer will feel comfortable in that spot. And my guess is the same will hold true when more cars are around. Deer won’t feel as comfortable crossing the road.”