Last week, I shared a recipe for braised sharptail grouse. While I’ve been fortunate to flush a few sharptails in... 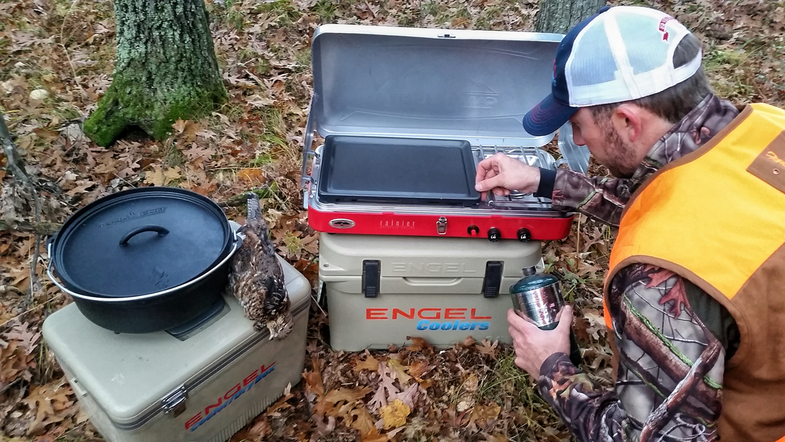 Last week, I shared a recipe for braised sharptail grouse. While I’ve been fortunate to flush a few sharptails in my day, most of my grouse hunting time has been spent busting brush for the ruffed variety. That shouldn’t come as a surprise, considering my home state of Minnesota continually produces the highest ruffed grouse harvest in the country. However, I’ll share a personal secret: More often than not, I find myself in the neighboring Badger State trying to kick up ruffies.

Why travel to Wisconsin and stomach the $85 nonresident small game license fee just to hunt ruffed grouse, especially when I have world-class wingshooting right in my backyard? My reasons are numerous. For one, some of Wisconsin’s best grouse hunting is actually a closer drive from my Twin Cities home than Minnesota’s prime grouse ground. Secondly, the Wisconsin season typically runs through the end of January, which is almost a full month longer than Minnesota’s season. Lastly, I have an insatiable appetite for the combination of fresh grouse, cheese and craft beer. Dairy products and small-batch brew are staples of Wisconsinite culture, and if you’re lucky enough to drop just one grouse, you’re in for a wild treat.

Here’s how to take in a Wisconsin afternoon in the grouse woods. The right way. 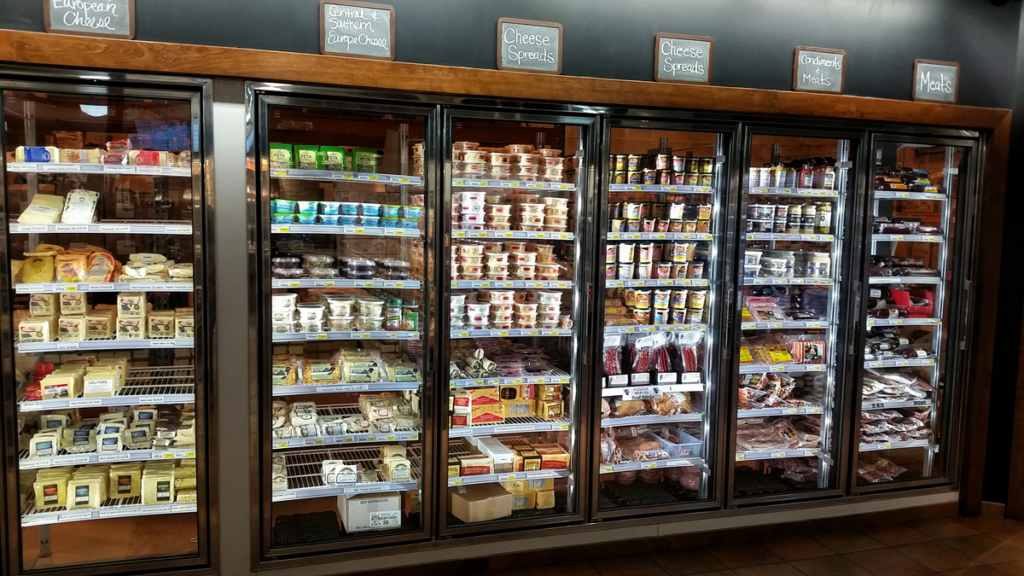 First thing’s first: Make a pit stop at one of the state’s cheese factories, creameries or dairy co-ops. There are more than 100, and they all serve awesome varieties of cheese. The Burnett Dairy Cooperative is a great one. Set a budget and choose wisely, or you’re liable to take out a second mortgage to support your new cheese addiction. It’s that good. 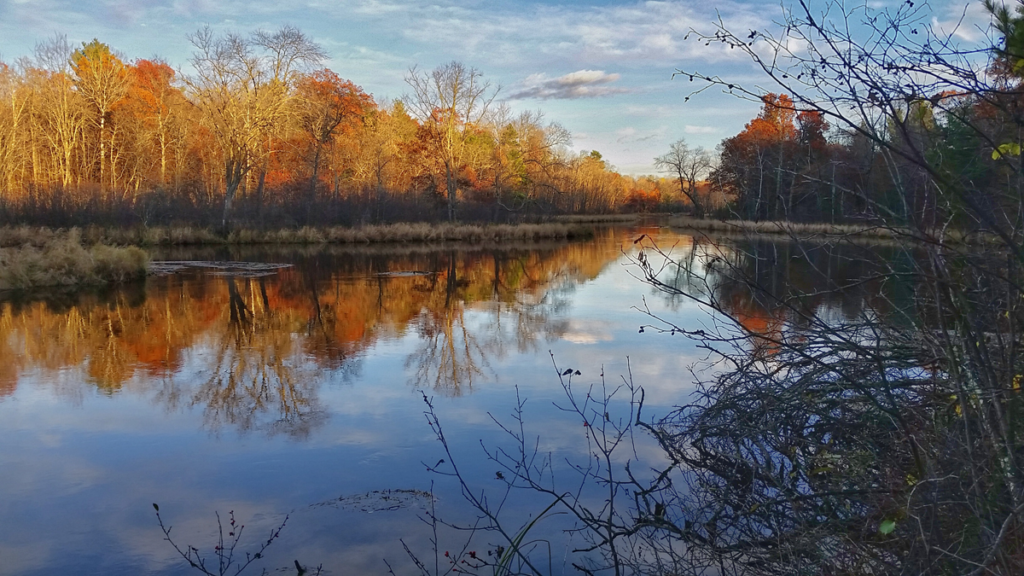 Head to your hunting spot. No rush—you can kill grouse all day. Price County in northern Wisconsin is known for its more than 300,000 acres of public land with excellent grouse habitat; it’s also home to Park Falls, known as the “Ruffed Grouse Capital of the World.” 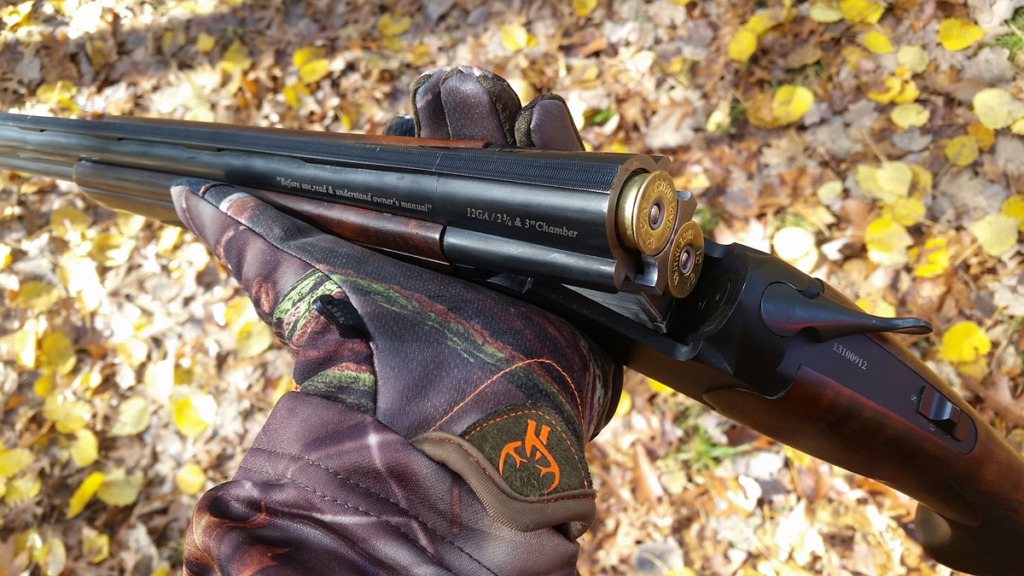 Make sure you’re carrying the right shotgun. Okay, any scattergun that eats high-brass No. 6s will do the trick. But a short, compact, lightweight over/under is ideal. Consider the Stevens 555—it’s super inexpensive and not so fancy that you’ll be afraid to scratch it while you’re ripping through aspen thickets. I prefer a 12-gauge because I’m not the greatest shot, and every pellet counts in my grousin’ payload. 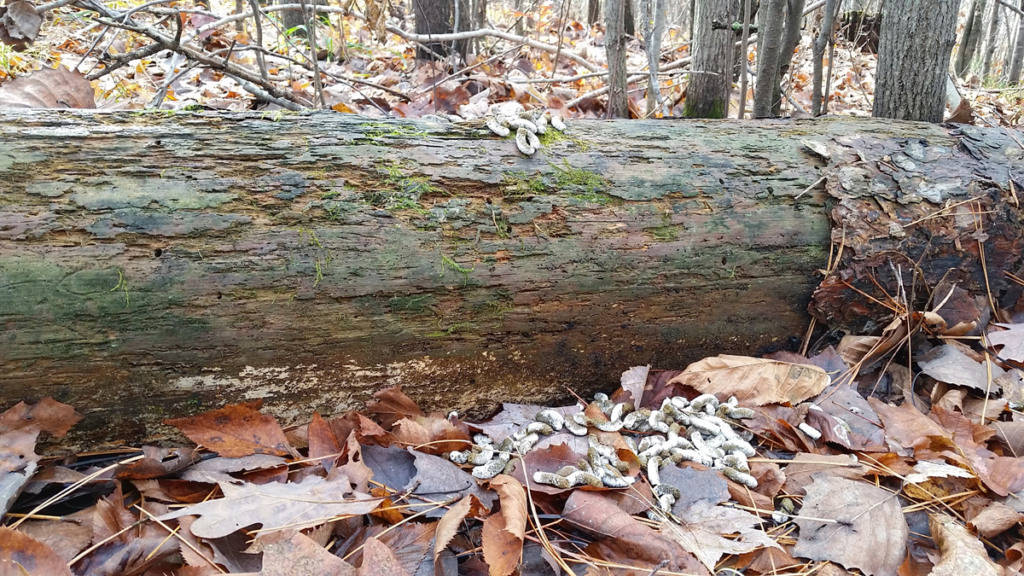 Watch the ground for grouse sign (such as this drumming log), but also don’t forget to scan the trees for roosted birds. You never know where the next thundering flush will come from. Expected or not, it’ll scare the you-know-what out of you when it happens. Keep your gun at the ready and rely on instinctual snap shooting.

Don’t forget to stop, take a break and soak up your surroundings. The grouse woods are beautiful year round. Plus, it’s often during these brief moments when a nervous grouse will take flight. 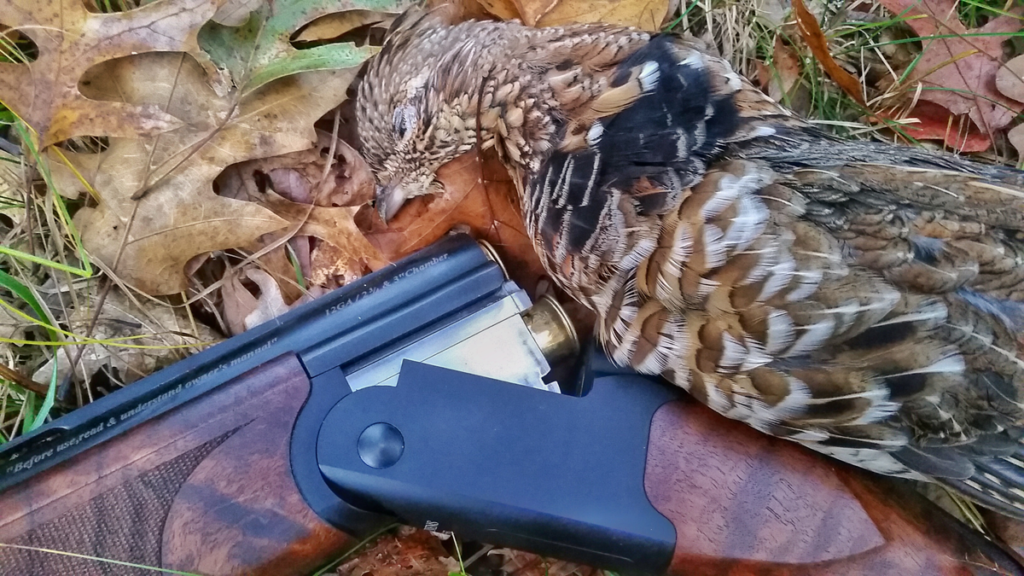 Finally, success. All it takes is one, and now you have a meal to enjoy with a friend. While I prefer to pluck them from the air for sporting reasons, I’m not too proud to take grouse from the ground, as I’ve seen far too many run away and never go airborne. Just be sure of your target and what’s beyond, and always be certain of your partner’s whereabouts before your finger touches the trigger. 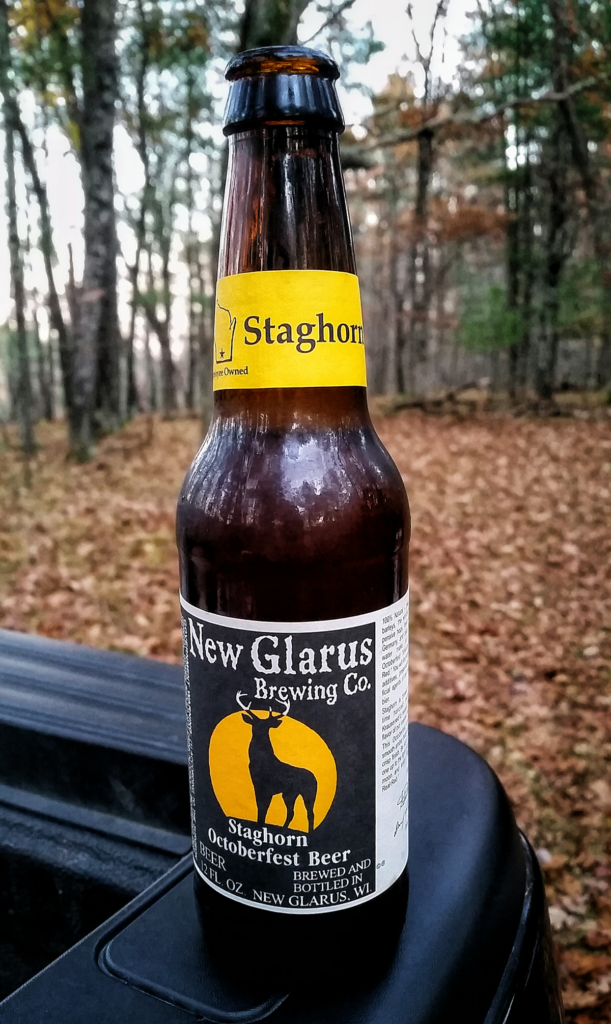 Pack your gun away and crack a cold Wisconsin craft brew. (You already bought a six-pack before your hunt. Remember?). There are dozens of delicious beers to choose from in the state. New Glarus is definitely a cult favorite brewing company with many popular flavors to choose from (Spotted Cow is a big deal) and most of their beers are available in gas stations and grocery stores throughout the state. I’m a big fan of Staghorn Octoberfest—a red that gets extra points because of the antlered beast on its label, plus October is typically when leaves drop and grouse hunting becomes a tad bit easier. 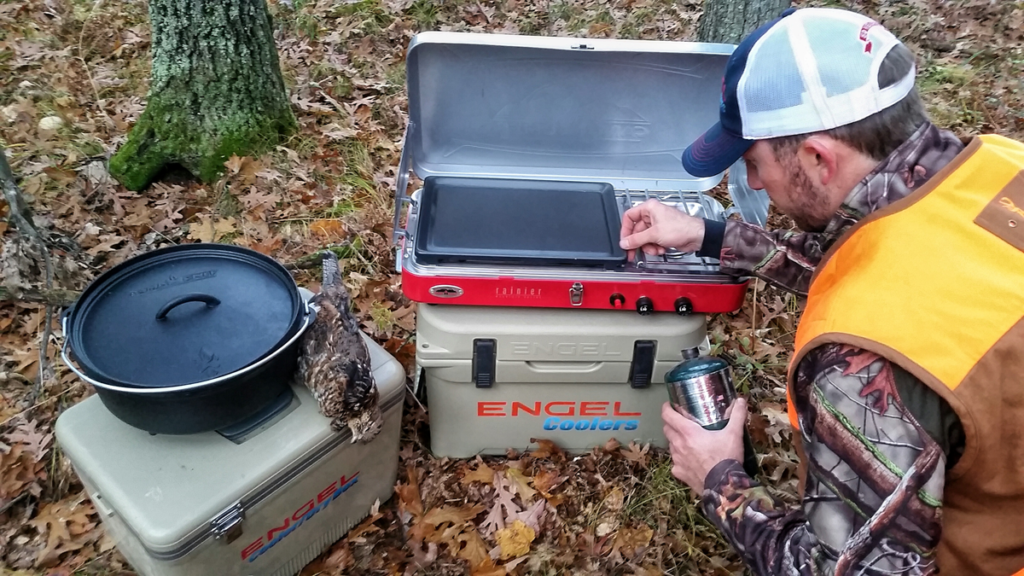 This is what it’s all about. Sip your beer, fire up a portable camp stove, and prepare to enjoy that succulent white grouse meat chased with a thick slice of rich Wisconsin cheese. You can pull enough meat off one of these delicate aviators to happily feed two grown men—counting the cheese, of course. Set the bird on its back on the ground, its feet facing you. Step on its wings with your boots close to its body, grab the legs and slowly pull. The breast and legs will be easily released from its body. Remove its innards with the swipe of your finger, twist the lower part of its legs off, and run a bottle of water over the finished product before putting it on the heat. Some basic salt and pepper will do the trick for seasonings. This bigwoods thunder chicken is a true delicacy that requires minimal maintenance before it meets your mouth.