Shark Turns Up in Yuma, Arizona

Apparently there’s not a lot to do in Yuma, Arizona. That’s the only explanation I can come up with for... 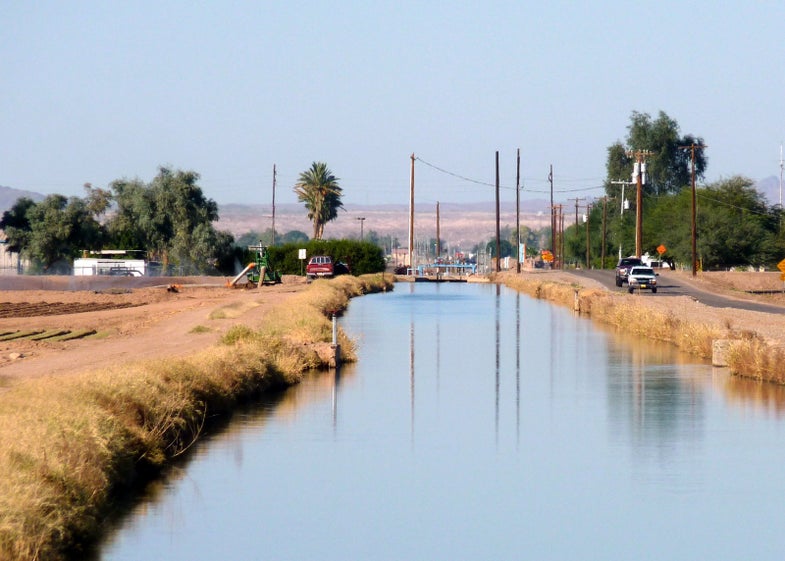 Apparently there’s not a lot to do in Yuma, Arizona.

That’s the only explanation I can come up with for why someone would throw odd fish, including a dead shark, into one of the city’s canals – aside from stupidity of course.

The first bout of fish dumping began back in September when authorities discovered some adult peacock bass in the Welton-Mohawk canal system near Yuma. As peacock bass aren’t native to Arizona, someone had to have put them there. Why, isn’t known. What is known is that if left in the canals peacock bass would eventually cause all sort of problems. As Officer Richard Myers of Arizona Game and Fish explained, the fish could “… have detrimental biological consequences to our aquatic ecosystem by introduction of a non-native fish species as well as bring unknown diseases and parasites in our waterways.”

The second case of illegal fish dumping involved a 32-inch dead shark. Authorities discovered the unknown species of predator in the West Main Canal on Nov. 20. It is unknown if the shark was alive or not when it was dumped. As some sharks can survive in fresh water, this incident was extremely bothersome to authorities given the human safety factor. Anyone with any information on these illegal actions is encouraged to call the Operation Game Thief hot line toll free at 800-352-0700.

Come on Yuma! Work on y’all’s thinking skills. There’s got to be something better to do in your city rather than chucking fish into canals. What? Don’t y’all have cable TV in Yuma? Internet? Attractive girls? Comment below.