Halloween may have already passed, but one south Georgia deer hunter took a ghost of a deer yesterday. Deer hunter... 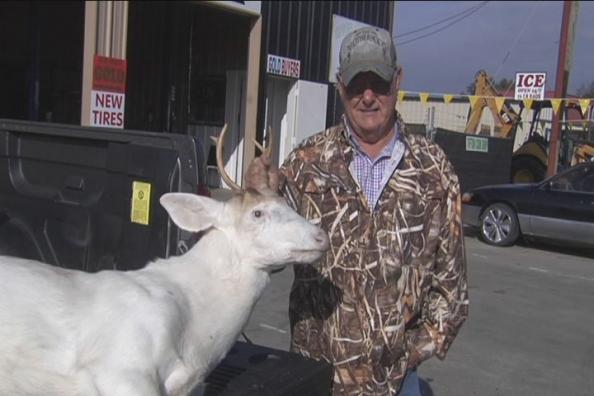 Halloween may have already passed, but one south Georgia deer hunter took a ghost of a deer yesterday.

Deer hunter Sam Hogan took this albino buck while hunting in Tift County. The Casper-looking deer was a young 4-point buck that weighed 140 pounds. Wildlife Biologist Brent Howz of the Georgia Department of Natural Resources Game Management told WALB.com what everybody already knows when he said that albino deer are exceptionally rare in that part of the country.

One interesting side note: Albino deer are less rare other regions of whitetail country like the Boulder Junction area of Wisconsin (see the story of the Mysterious Albino Deer Heard).

Mr. Howz said he had never seen an albino deer prior to this one and he doesn’t know of anyone that has. That’s pretty telling considering Howz is a deer biologist in Georgia, where kill about 380,000 whitetails each season.

Now plenty of people, or at least Hogan’s friends, will get the opportunity to see an albino deer as Hogan said he plans to have a full mount made of the buck.