The 2013 deer season just got stranger. Earlier this month we told you how Georgia hunter Sam Hogan took an... 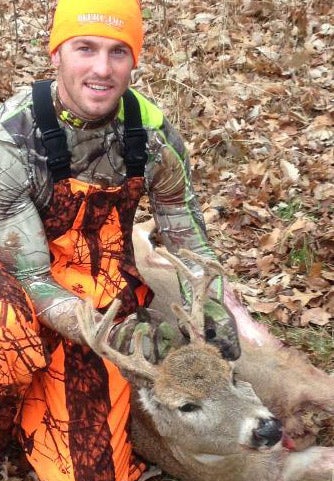 The 2013 deer season just got stranger.

Earlier this month we told you how Georgia hunter Sam Hogan took an albino buck.

Phil Klein was hunting near his father in north-central Minnesota when he heard a doe bleating. At first the younger Mr. Klein believed the sound to be his father in a nearby stand. That wasn’t the case.

“Five minutes later, this deer comes crashing out of the swamp, about 50 or 60 yards away,” Klein told the Star Tribune. “At first I thought it was a doe, then I noticed it had antlers. But it looked really odd. I counted 8 points, so I shot.”

Klein’s father was the first to reach the deer. Upon doing so he exclaimed, “Velvet!”

This was the first oddity the doe presented as the deer’s velvet should have been long gone by November. The second oddity wasn’t quite as noticeable. In fact, it was nonexistent.

“It didn’t have any male genitalia,” Klein explained.

The fact that Klein’s 8 point buck was a doe took some time to sink in.
“It really didn’t dawn on me for a while,” Klein said. “Then at lunch I told my dad, ‘That thing’s a doe.’ He thought I was crazy.”

Minnesota Department of Natural Resources wildlife research manager Lou Cornicelli confirmed the rarity of a doe with antlers. “They’re not common at all,” Cornicelli said. “It’s an anomaly. We shoot one every couple of years.”

How rare are does with antlers?

The cause of this anomaly is an overabundance of testosterone.

“From an anomaly perspective it’s interesting, from a biological perspective, it happens,” Cornicelli said. “It’s just too much testosterone.”

Klein said he is considering having the deer mounted saying that everyone thinks he should.

I would. Wouldn’t you?