Melvin Dobbs thought his 8-pointer was a dandy buck, then he discovered it was a doe, then he learned it wasn't quite either 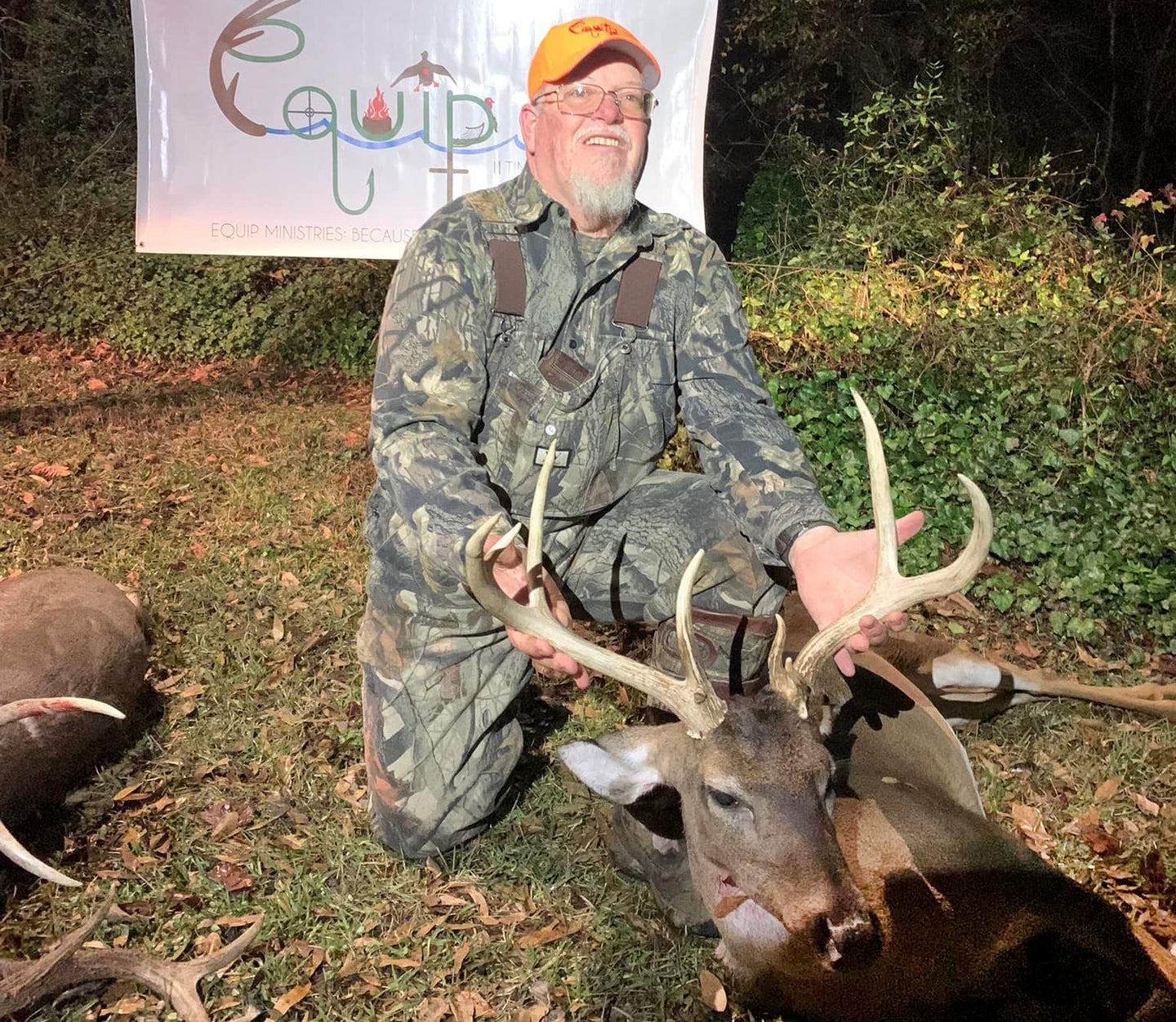 Dobbs shot a nice 8-pointer that turned out not to be a buck at all. Equip Ministries, via Facebook
SHARE

When Melvin Dobbs dropped a wide-racked 8-pointer in Sumter County, Alabama, he was rightfully delighted at his good fortune. It wasn’t until he hoisted the buck for skinning and gutting that he got a closer look and realized it wasn’t a buck at all, according to the Alabama Department of Conservation and Natural Resources.

Dobbs had been hunting as part of a fundraising event offered by Equip Ministries, substance-abuse prevention that focuses on the outdoors, when he spotted a doe—and a good buck behind her. When the doe urinated, the 8-pointer curled its lip, just as a rutting buck would.

“We took pictures and got him back to the skinning shed,” says Matt Kelley, who put on the fundraiser. “I said something about the tarsal glands not even being black; it’s not even rutting. Somebody else said something about how skinny its neck was … then the guy who shot it was starting to skin it he said, ‘Boys, this is a doe.’”

The 175-pound deer had a wide rack with eight points, plus a pair of kickers, and is what biologists call a “pseudohermaphrodite,” according to Chris Cook, Alabama’s deer program coordinator.

“A deer like this with hardened antlers will have testes inside the body cavity,” says Cook. “They don’t have fully developed male or female organs. They may have external female organs, but they would have to have underdeveloped testes that were still large enough to produce enough testosterone to have antler growth. While it may look like a doe on the outside, it’s not truly a doe. But it’s not a buck either. It’s very unusual for a functioning female to have antlers like that.”

According to Cook, female deer with antlers account for about 1 for every 1,000 animals. Such does are healthy and can reproduce, says Cook, but they have small, velvet antlers. Does with hardened anglers, like the one Dobbs killed, are even more rare.

Read Next: The Biggest Antlered Does You’ve Ever Seen—Including a 200-Incher

“I’ve seen a few over the years that looked like does externally that had antlers,” says Cook. “But it’s not physically possible to do that and be fully-functional does. I’ll get reports about a few each year in Alabama. The ones I usually hear about are the ones with fully developed antlers but are still covered in velvet. They have enough testosterone to start the antler growth but not enough to complete the cycle.”