It's time to up your coyote gear and tactics 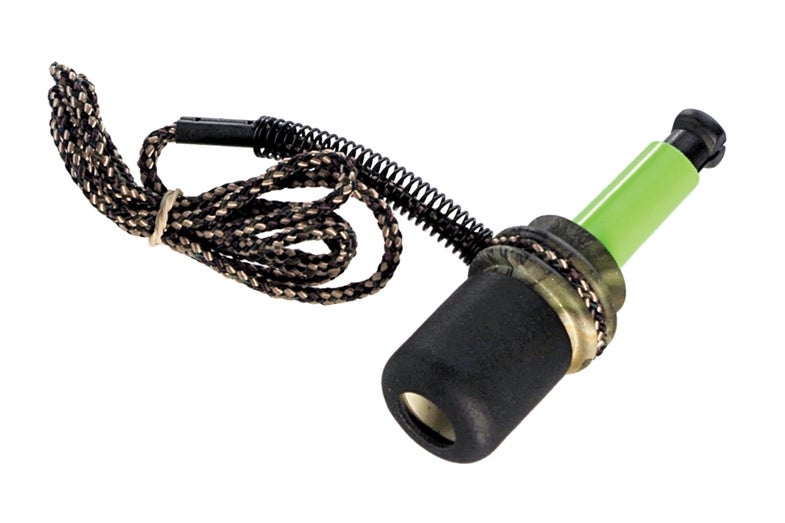 Looking to kill more coyotes this winter? It’s time to up your game. Here are a dozen next-level tips to help you do it.

A coyote investigating your calls might hold up at 100 yards or more—or come barging in to within 100 feet. Carry a rifle and a shotgun to cover both scenarios. Better yet, hunt with a partner. One carries the rifle, one the shotgun. As a team, you’re ready for shots at any range. Set up with the person on the rifle taking the position with the more commanding view. Don’t be afraid to put a little distance between you and your partner to cover both sides of a ridge.

Some coyotes commit and run all the way in to shooting range like obedient dogs should. But plenty hang up, circle, skulk, and generally want to know Wassup? before committing further. That’s the time for the soft little squeals and pleadings that a mouse squeaker makes.

Don’t worry: A coyote can hear those tiny squeaks. If you keep calling like a banshee, that dog might just turn and run. It is time to get more subtle. Use the squeaker in short bursts and don’t overdo it. Run it non-stop and you risk giving away your location to the prowling dog that’s stalking your position.

Making a shot on a coyote is hard. You’re shaking, and everything’s happening so fast. Set up with shooting sticks for a rifle or a shotgun rest. Note the word “shotgun” in the previous sentence. Your aim needs to be precise with a scattergun too, since coyote loads such as Heavi Shot Dead Coyote! come in No. 4 buck, 00 buck, or T, and carry few pellets, so they need to be delivered to the right spot. ($50; midwayusa.com) The new Primos Steady Rest (6) does the job with two legs or, for even more stability, three. ($140; primos.com)

When using prey-in-distress calls to attract coyotes, think about the process in two stages. First you want to be loud and squawky to get a dog’s attention and get him moving toward you. Then be ready with a mouse squeaker to softly coax that slinking varmint in the rest of the way, or into the open, for a shot.

Step one of the classic coyote-calling strategy is to hop on a rabbit-in-distress call. Give it all you’ve got, with real personality, including screams of fear, last-ditch whining, and sorrowful squeals that combine to make you sound like a crying, helpless bunny being eaten alive by an enemy intruder coyote. Get the idea?

One of the biggest challenges in coyote hunting is being able to reach out far enough with the dog songs and prey sounds you make on mouth-blown calls. Where legal, electronic callers can save your breath while providing a level of sustained volume that your body just can’t produce.

It’s impossible to describe the acuity of a coyote’s nose. The only way around that magnificent muzzle is to work the wind: Always set up with the breeze blowing your scent away from where you expect a coyote to come in from. A wind blowing directly into your face is ideal, but at an angle is fine too as long as your scent is being carried downrange.

Coyotes—even those with no hunter encounters on their resumé—are über-suspicious. And they trust their nose more than their eyes or ears. It’s in every coyote’s genetic makeup to try to circle downwind when approaching prey. Lesson: Minimize head movements, maximize eye movements, and look for coyotes coming in or skulking around either side of you and not necessarily where you’d like them to come from.

Light wind conditions (5 to 10 mph) are ideal for coyote hunting because: 1) you can positively identify the airflow’s direction for planning your setup; 2) coyotes feel comfortable when their scenting and hearing ability isn’t marginalized by the velocity and racket of a gale; and 3) lighter and more variable winds spread your scent all over the place. On top of all that, a big, loud blow makes it harder for coyotes to hear your calls.

The best coyote setups involve getting some kind of elevation above the surrounding countryside. That gives you a chance to see a coyote coming, and perhaps shoulder your firearm without being noticed as the dog travels behind vegetation or through other terrain. This also has the added benefit of creating a safer shot, which is a paramount consideration when hunting in and around houses and near roads.

More coyotes get away on the final approach than at any other stage of the setup process. Why? Because that dog knows exactly where those calling sounds are coming from and is keyed in precisely on you.

One solution is to set out a decoy and let it draw the coyote’s attention instead. This can provide a measure of forgiveness when making those last shifts and moves needed to get the sights on the dog and take the shot.

Any time you can get out of the house is a great day to hunt winter coyotes. But truly ideal conditions come on those bitter-­cold days after a storm front has passed through. The coyotes were hunkering down in cover and holing up in their dens, but now they’re hungry. Hunting conditions—for both the coyotes and you—are friendlier.