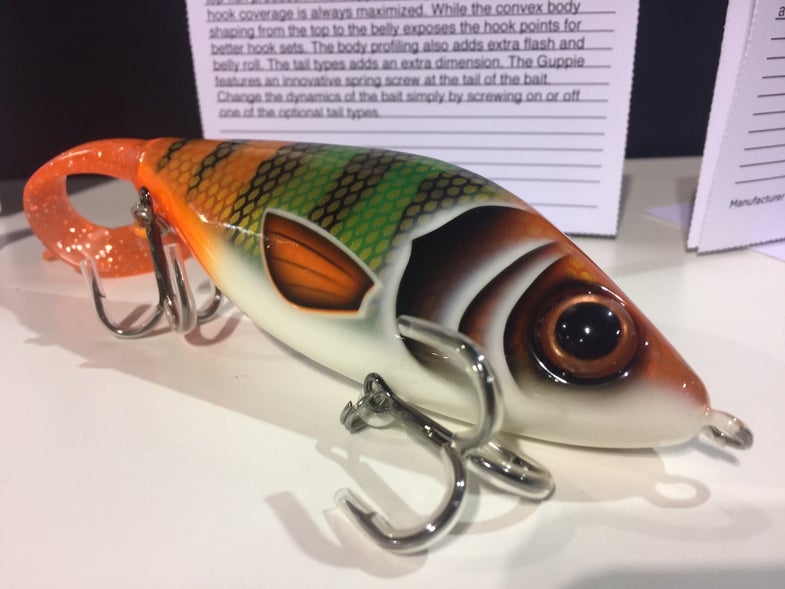 STRIKE PRO GUPPIE If you were a bait, would you want to be called the "Guppie?" Well, if you carried a $25 price tag maybe you wouldn't mind as much. This pricey bait uses a spring-screw in the tail for enhanced action and features a concave body design to enhance the lure's rolling action while also improving hooking ratios. Tony Hansen
SHARE

Fishing is a simple, inexpensive sport that can be enjoyed by all. Until it isn’t. The 2017 International Convention of Allied Sportfishing Trades (ICAST) show will feature hundreds, if not thousands, of lures designed to catch the attention of all manner of fish species. But there are a few lures that, while designed to target heavy fish, will leave your wallet considerably lighter. Here are six of the most expensive new fishing lures on the show floor. 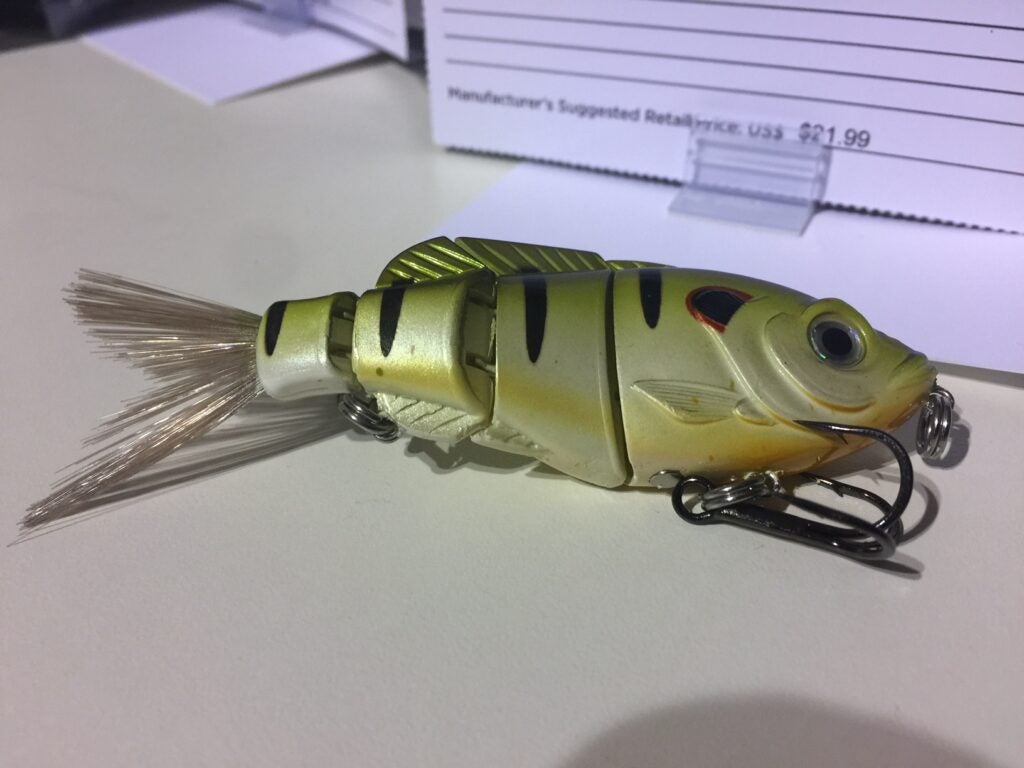 CASTAIC BD SERIES This 3.75-inch bluegill swimbait features magnetic hook-keepers that keep the hooks tucked below the bait’s belly until a fish strikes. A cool paintbrush-style tail adds realism and a unique movement pattern not seen in other swimbaits. All that technology comes at a price of $21.99. 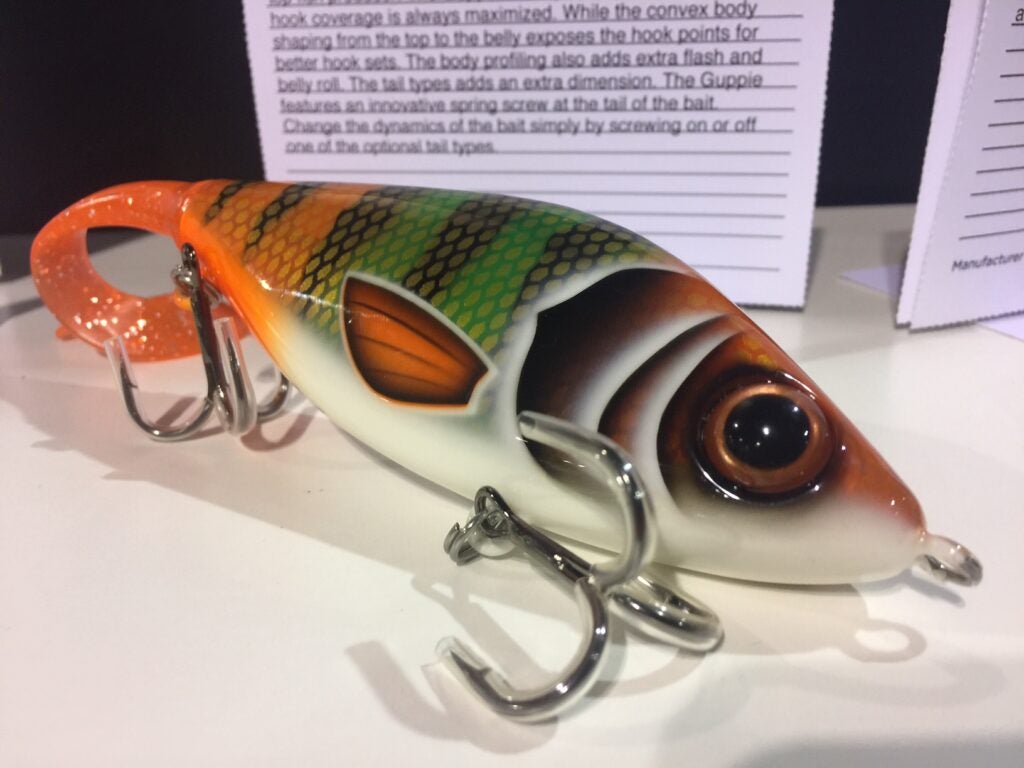 STRIKE PRO GUPPIE If you were a bait, would you want to be called the “Guppie?” Well, if you carried a $25 price tag maybe you wouldn’t mind as much. This pricey bait uses a spring-screw in the tail for enhanced action and features a concave body design to enhance the lure’s rolling action while also improving hooking ratios. 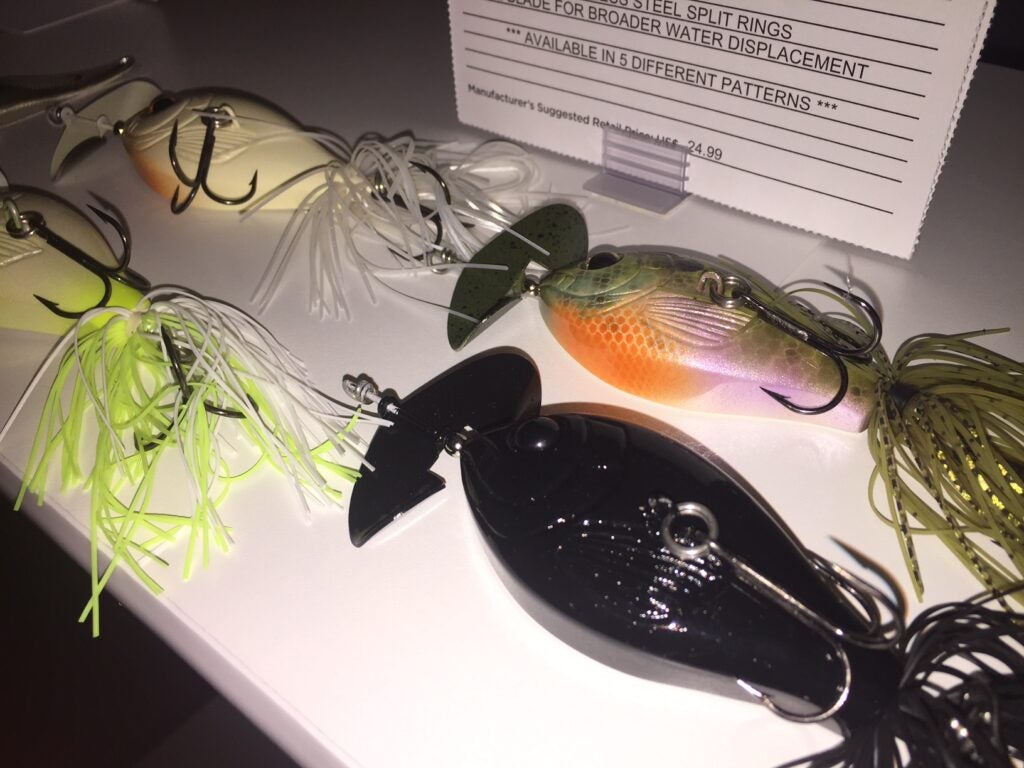 EVOLUTION BAITS GRASSBURNER FLOATING XL This is one big, and expensive, buzzbait. Weighing in at a full one ounce in weight and $24.99 in price, the lure features dual treble hooks and measures 7.5 inches in length. Stainless steel split rings and heavy wire ensure longevity and keep big fish from breaking the bait – and your heart when they swim off with a spendy lure. 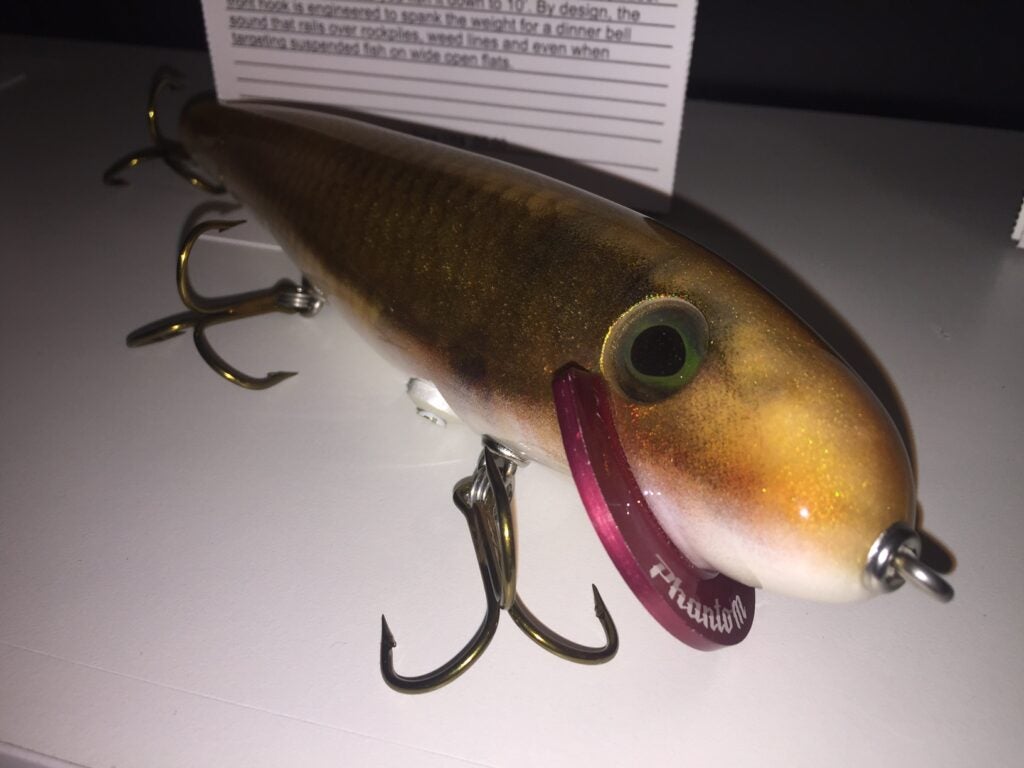 PHANTOM LURES XORSIST Muskie hunters, pay attention. Measuring 10 inches in length, this is a big bait for big fish. This is floating bait designed to be fished as either a subtle glide bait or, with more agressive rod work, a splashing erratic surface lure. A word of advice: If targeting big, toothy pike or muskies, add a wire leader. At $65 a piece, this is one lure you don’t want to break off.

BIOVEX JOINT BAIT 160 SS This sharp-looking bait is made from Japanese Hiba wood, a material used in the creation of shrines and temples. As with balsa, this creates a unique bait, where no two lures have exactly the same action. The paint job is outstanding and with 10 layers of paint should prove plenty durable. Which is a good thing given this bait’s $89.95 price tag. 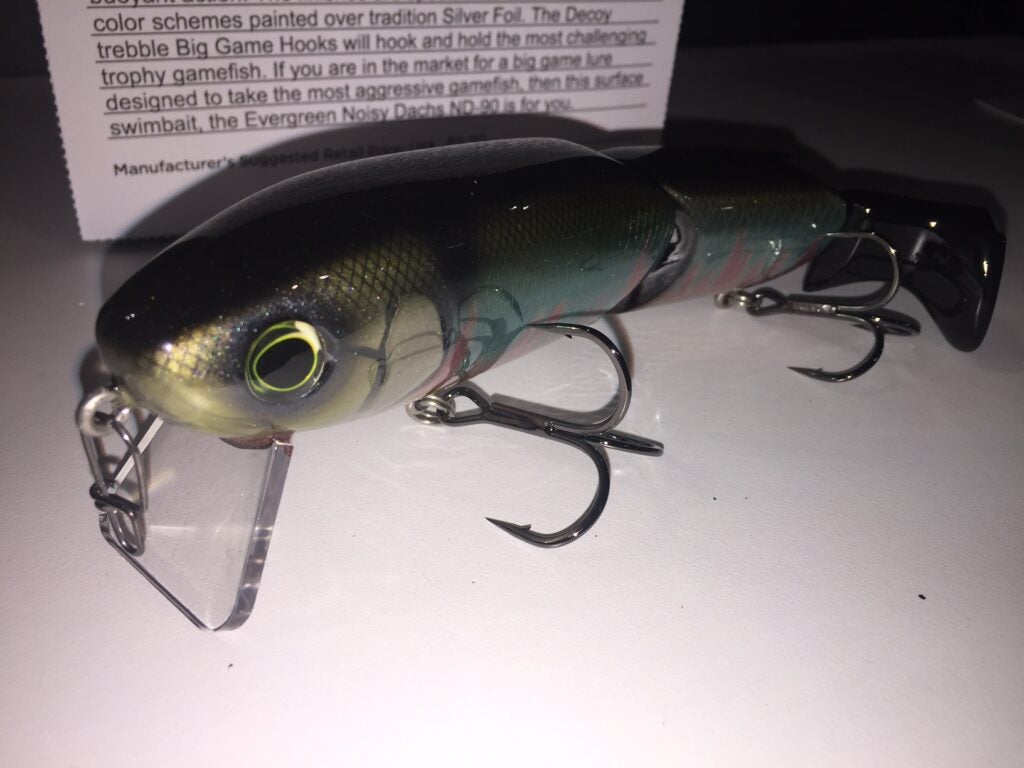 EVERGREEN INTERNATIONAL NOISY DACHS ND-90 Another big, wood bait, this offering from Evergreen International features gorgeous paint schemes over elegant foil. Designed as a surface-riding wake bait, the lure has a thumping shad tail and stout hooks for sticking big fish. And, you best hope those hooks prove as strong as they look. Lose this bait and you’ll be out $89.99.
Tony Hansen