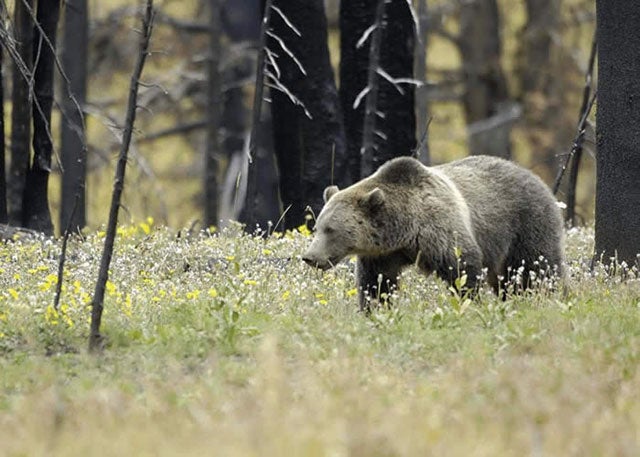 A grizzly in the lower 48.. U.S. Fish & Wildlife Service
SHARE

As Wyoming, Montana, and Idaho ponder opening the first hunting season for grizzly bears in decades, hunters would be wise to look north, where British Columbia recently shut down its grizzly season.

Public opinion and social media helped seal the fate of the B.C. hunt. American hunters who support grizzly hunting in the Greater Yellowstone Ecosystem can expect to be in the spotlight like never before.

Backstory: Since 1975, the grizzly bears of the GYE were listed as threatened under the Endangered Species Act. Last year, the U.S. Fish & Wildlife Service delisted the grizzly. If that move withstands legal challenges, it opens the opportunity for state management. And in states like Wyoming, that could mean a limited-entry, tightly regulated hunt for a species that has been off-limits for decades (Montana has already announced it would not recommend a grizzly hunt this fall).

A very different scenario has played out in British Columbia. The province has an estimated 15,000 grizzly bears—that’s about 25 percent of all grizzlies in North America. Even so, political pressure grew to the point that elected officials shut down the grizzly bear hunt.

While the biology of B.C. bear management has been hotly debated, government officials made no bones about it: the decision to end the hunt had as much to do with public opinion as it did with hard science.

“It is no longer socially acceptable to the vast majority of British Columbians to hunt grizzly bears,” said BC Forest Minister Doug Donaldson in a ctvnews story. “That’s the message.”

The Vancouver-based National Observer newspaper recently outlined the landmarks leading to the closure of the grizzly hunt. One event struck me: the widespread sharing of a Facebook post that contained a video of a bear being shot multiple times before sliding down a snowy mountain face and dying. I remember when this video went viral. Even for someone like me, who has seen scores of animals die through my riflescope, the video was hard to stomach. It was never confirmed that the video was actually taken in British Columbia.

A decade ago, the killing of a grizzly bear would have had one or two witnesses: a hunter and perhaps a guide or companion. Today, killing a grizzly bear can be seen by millions of viewers on social media who won’t know the context of the hunt or the game management reasoning behind it.

If you support sustainable hunting, this kind of video is an “unforced error” giving anti-hunting advocates fuel for their fire. Even non-hunters who have no problem with, say, hunting elk or deer for tradition and meat, might have a much more skeptical view of hunting apex predator species like grizzly bears. Unfortunately, this split in opinion ignores the greatest threat to grizzly bears in the long term: loss of the big, wild habitat they demand.

Yellowstone National Park and its associated ecosystem is a treasure globally and one of our most famous wild areas. Elk, bison, and wolf management decisions near Yellowstone make global news. Count on this: Grizzly hunting there will be closely scrutinized the world over.