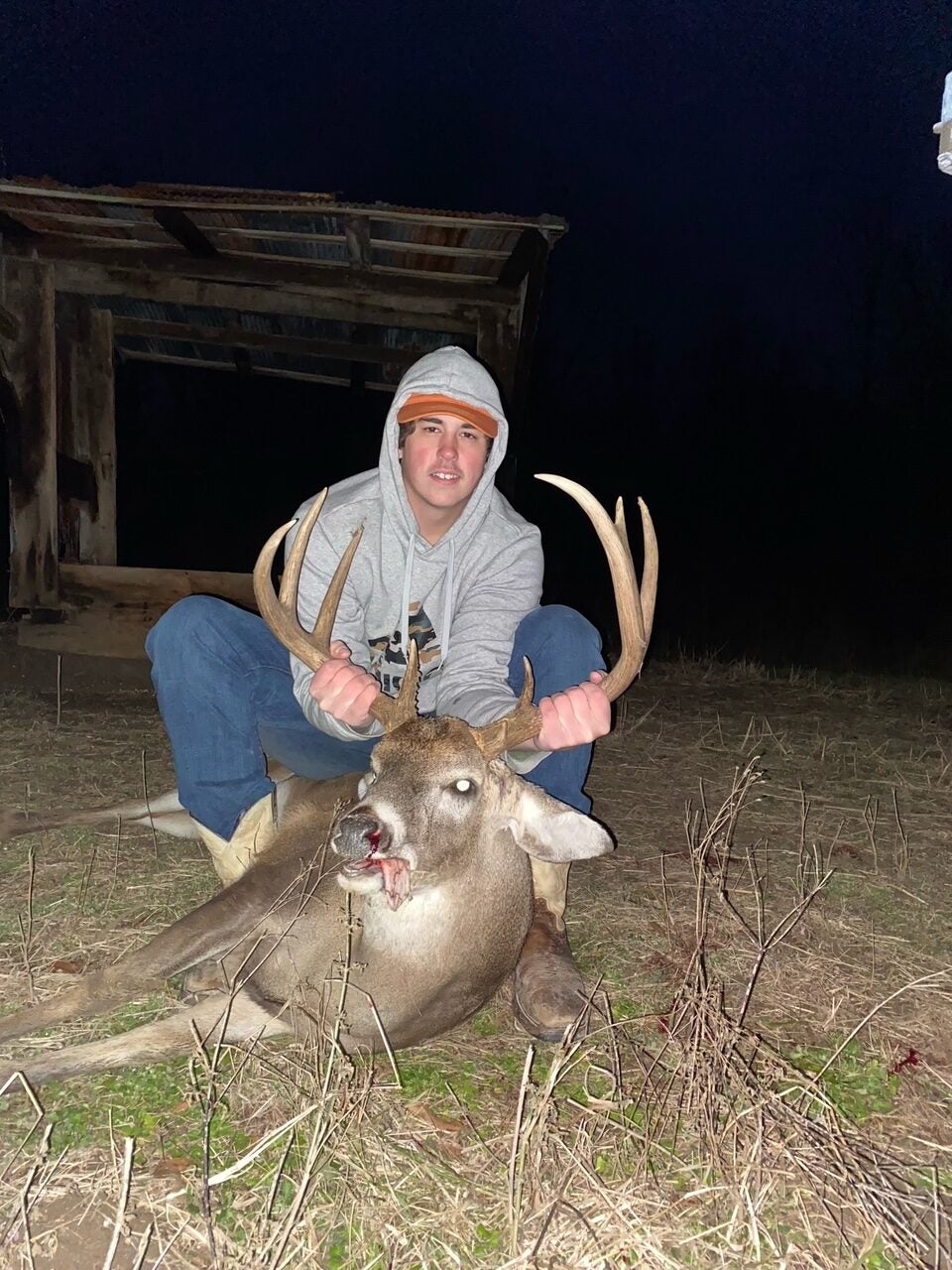 Catahoula Parish in central Louisiana is mostly comprised of flat farmland. Field crops grow big, and so do some of the deer that forage on them. Because the land is open, long-range rifle shooting is the norm for Steve Minton, 43, and his 15-year-old son Tommy Suggs of Sicily Island. Minton is a soybean farmer and has spent his life hunting the Louisiana delta country for whitetails. Minton practices at distances out to 600 yards. His son killed his first deer at 8 years old and is a long-range shooter as well. He used a custom .308 Savage to shoot a buck at 500 yards when he was only 13. The father-son team spend much of their time hunting 250 acres near Natchez. It’s a deer-rich private land tract they know well and monitor with cell-phone trail cameras.

Early in the Louisiana archery deer season they were getting photos of a large buck, but only at night. As the rut was coming to an end in January, they began getting photos of the buck closer to daylight shooting hours.

“I think he [the buck] was hungry, and run down from the rut,” says Minton. “On Jan. 13, I got photos of him in late afternoon, right at dusk, coming to our food plots and feeders. So I told Tommy that we had to hunt him.”

The Louisiana deer season ended Jan. 31, so there wasn’t much time remaining to get on the deer. While the buck was never consistent in its travels, they were getting photos of the deer from two different cameras on opposite ends of the 250-acre property. On the afternoon of Jan. 15, the pair of hunters climbed into separate stands hoping the buck would show before dark. Suggs wasn’t in his stand long before does began pouring into a food plot. He saw 11 different deer, including a small buck. Just before 5 p.m. the big buck stepped out.

“I ranged him at over 250 yards, but he didn’t offer the right shot,” Suggs says. “A few minutes later he moved closer to 230 yards and gave me a perfect angle.”

Suggs’ .308 is zeroed at 200 yards, and when he squeezed the trigger he was nervous, but also confident, sending a 168-grain Berger bullet through the buck’s chest. The deer took several steps and fell dead. Tommy immediately called his dad, told him the good news, and the father-son team celebrated as they loaded the buck and headed for camp. The 10-point, 5½-year-old buck weighed 220 pounds, and green-scored 151 inches.