The deer nicknamed Houdini had the habit of showing itself, then disappearing—until now 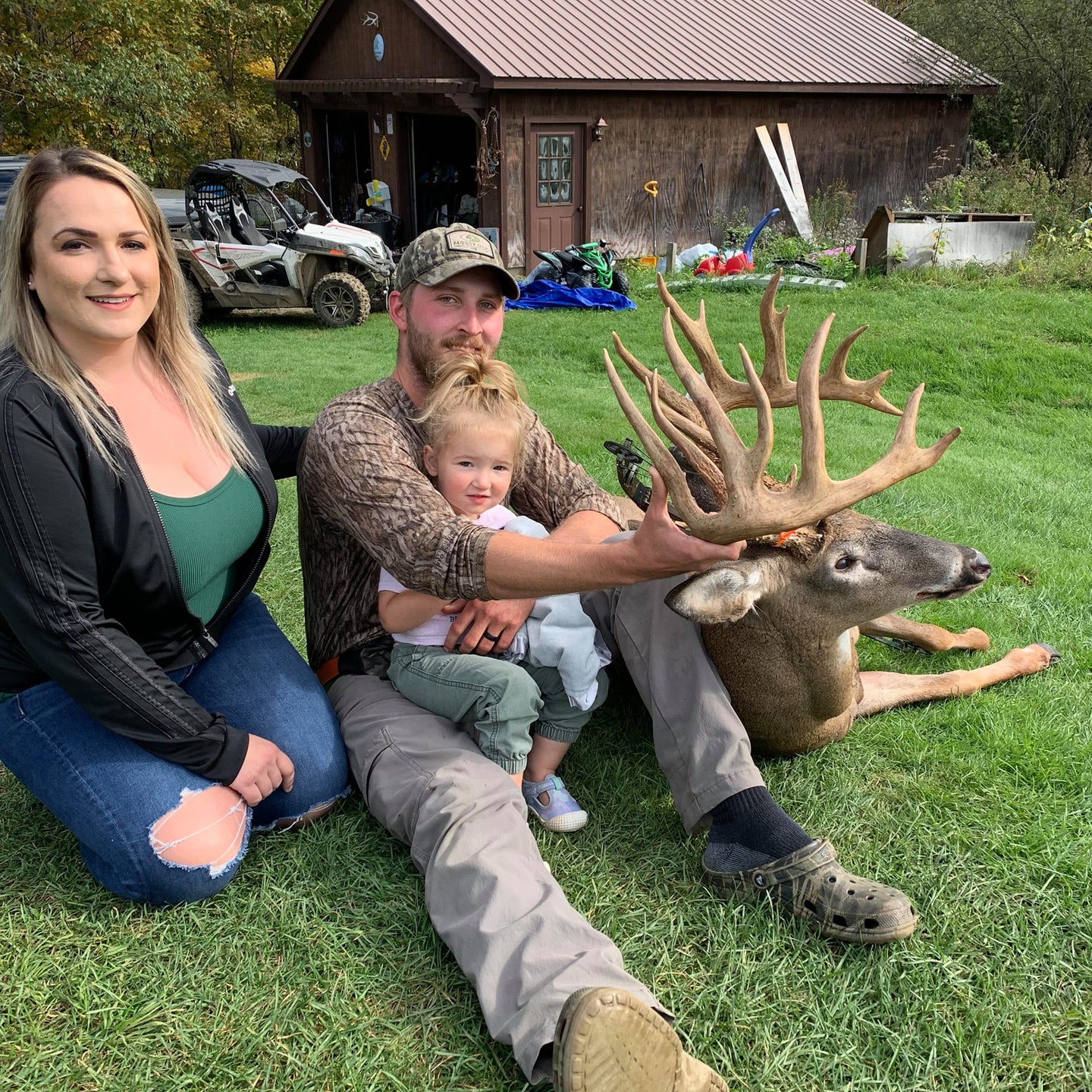 There’s a modest, 400-acre hunting lease in Essex County, New York, that has 15 members. But fortunately for Colt Russell of Ticonderoga, only a couple of those members bowhunt the lease. This often gives him a jump on on the season, as it did this year. Russell is a 25-year-old who prefers to hunt whitetails in the big woods of the Adirondacks the old fashioned way: by stalking them. He spends lots of time in the woods, still hunting with his bow.

“I learn a lot when I’m walking and stalking our rugged, mountainous terrain,” says Russell. “I’ll sit for awhile on a stump or the ground, then move around slowly looking for game trails and places where deer are feeding or just checking things out. It keeps me in touch with the woods and the animals.”

He’s taken plenty of deer bowhunting this way, including one of two bears in recent years. Russell, a water plant operator in northeast New York, also hunts from treestands and uses trail cameras. That’s how he knew a big 20-point buck was in the area. He’d had trail cam photos of the giant for three years.

“I’d known of this buck, but he was like Houdini because he’d be around awhile, then would just disappear,” says Russell. “Last year he was a 11-pointer with split main beams. This year he was a lot better with more points and more mass.”

Because Houdini came and went on his hunting lease for seemingly no reason, Russell decided to look for other deer. On Sept. 30, he was still-hunting an area he usually doesn’t bowhunt, but it held some smaller but still nice bucks.

“I was slowly stillhunting and I came across a doe at 25 yards,” he says. “I’m a meat hunter, and if I have my bow and see a deer, I’m going to shoot it. But it would have been a tough shot for the doe, so I passed her, and in a little while she spooked.”

Russell sat in the woods for about 40 minutes, watching and listening for deer. A little after 6 p.m. he started walking down a road in the woods, heading for his vehicle and home.

“I didn’t even have an arrow nocked, and was only 250 yards from my truck, when all of a sudden I saw a huge-bodied deer moving through some woody cover about 60 yards from me,” says Russell. “I knew it was a large buck from its body shape, but I couldn’t see it’s rack well because it was getting dark in the canopy of big trees around me.”

Russell believed it was one of the smaller-racked bucks he knew were in the area. As he nocked an arrow, the deer stepped into a clear lane in the brush.

“I could see the deer fine, and had an open window to its chest and vitals at 50 yards,” he says. “I just couldn’t see the rack well when I shot.”

Russell estimates that from the time he spotted the buck to the time he nocked an arrow, drew, and released, didn’t span 10 seconds.

“I really thought it was one of the 8-point bucks, and I’m sure the deer knew I was there when I shot,” he says.

The buck dropped on the spot, and that’s when Russell recognized the deer that he had just shot.

“I just sat down, emotions really welled up in me,” he remembers.

The buck is huge, with lots of mass, tall tines, and 20 scorable points. It weighed 198 pounds field dressed.

“I was using my dad’s old Mathews Z7 compound bow, which has taken a lot of game over the years,” Russell says. “I even had on my lucky backpack my grandfather gave me when I shot Houdini. The last time I wore the pack, I arrowed an 8-pointer.”