The Real Story Behind the Infamous “Alberta Grizzly”

Back in the days of chain emails, word got around about a killer grizzly taken by a hunter in Alberta. This is what actually happened 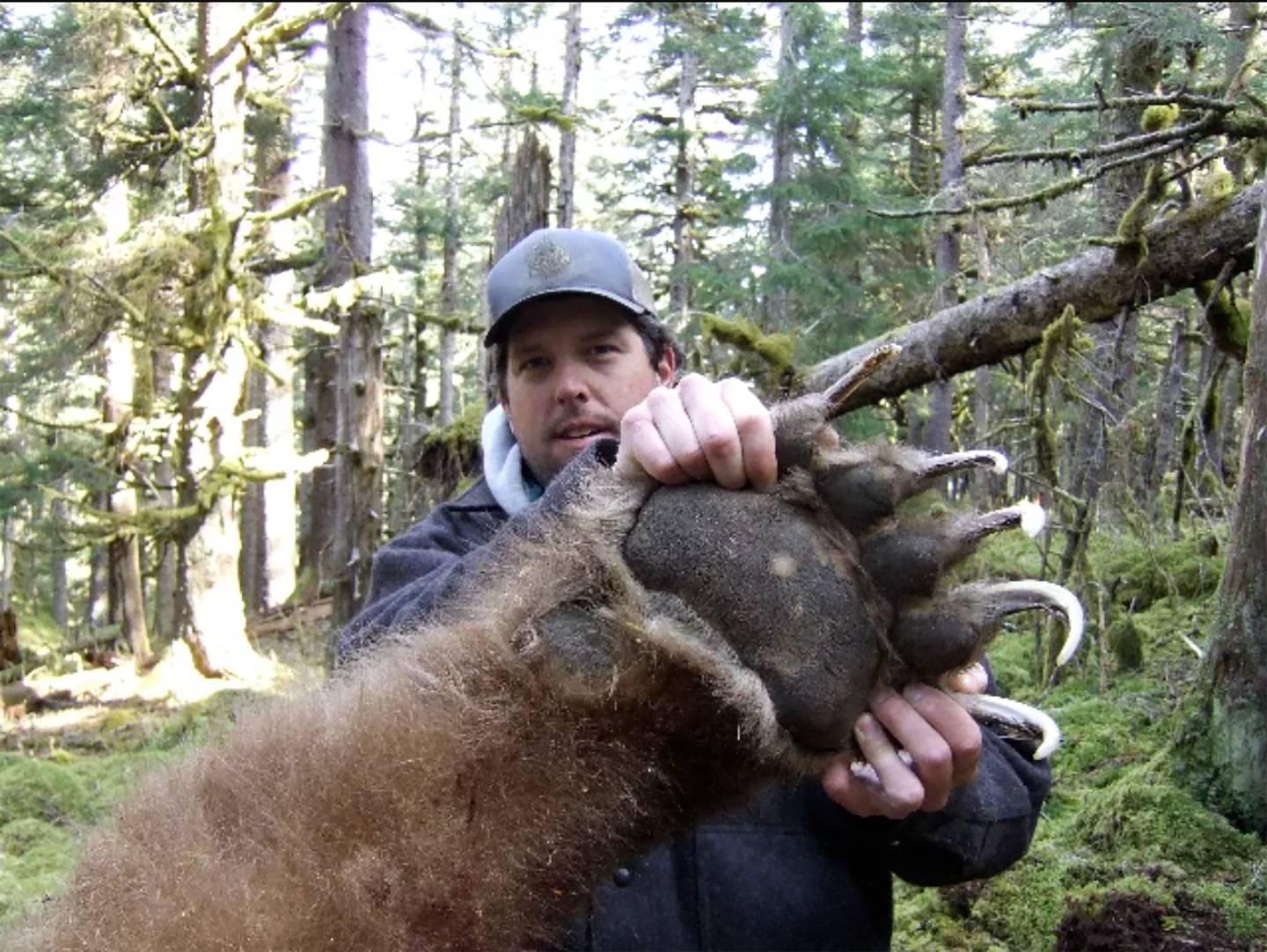 In 2010 and 2011, rumors circulated that this big bear was taken in Alberta, Canada. But the killer griz turned out to be a brown bear taken on Afognak Island. Courtesy Jesse Wallace
SHARE

It wasn’t that long ago that email chains—not social media—were how many incredible hunting stories and photos went viral. These days, you’ll see a social media post with some photos and perhaps a caption or story that gets shared across the internet.

Email chains were similar but more primitive and would begin with someone emailing a few pictures and story to their buddies—who would then forward it to their contacts. It often ended up like a bad game of telephone however, as people would start their own email chains with the photos, add bits of flair to the story, and eventually it would be morphed into something totally different and more fantastical than reality—particularly with bears. There have been several widespread “killer bear” email chains, and the “Alberta grizzly” from late 2010 was one of the most prominent.

The story that was making the rounds on the Internet told of a huge, livestock-killing grizzly taken in Alberta. In fact, Outdoor Life even posted the photos and the supposed story at one point. The only problem was that this bear didn’t come from Alberta, but instead—as a couple of commenters accurately pointed out—from Afognak Island, Alaska. As it turns out, my buddy Luke Randall had guided the hunter. So, to put all the rumors to rest, here is the true story straight from Jesse Wallace, the hunter who actually took this amazing brown bear.

While glassing a big cove, the hunters spotted the giant on a beach more than a mile away and made a plan to stalk closer.

“We knew this bear was big, but didn’t know how big he really was,” says Wallace. “All I knew was from a mile away we didn’t even need binos to see him. We took every precaution in the approach, covering the boat windows with our coats to prevent glare.”

They got off the boat on another beach, out of view, and moved toward where they had last seen the bear. The bear had gone back into the woods, but his huge tracks were easy to follow, and they went in after him.

“I’ll be honest, crawling through trees and brush so thick you can’t see 30 feet is a little nerve wracking when you know there is a giant bear very close by.”

“The events that unfolded next are still a little blurry because it happened so fast, but all of a sudden we saw the bear only 20 yards to our left in a small opening,” says Wallace. “He made us and stood on his hind feet behind a tree that was a little taller than me (I’m 6-foot-4), and I could see his whole chest above the top of the tree. He popped his jaws a couple times, and with a big ‘whoof!’ he was on the run. The trees were so thick that we could only get glimpses of him as we were running after him. Running through the forest was like trying to run on a sponge. It felt like a bad dream where you are running in slow motion.”

“Luke and I both dropped to our knees, and with a split-second opportunity to shoot below the tree branches, I took the only clean quartering-away shot I had,” says Wallace. “I don’t even remember the sound or recoil of that .330 Dakota, I just remember it stopped him in his tracks. If it wasn’t for the concussion of his .375 Ackley next to my head, I never would have known that Luke pulled the trigger on the back-up shot. One more shot from both of us put the spectacular animal down for good. The emotions were so overwhelming walking up on such a magnificent animal, and at the same time, I was sad that it was all over, wishing I could keep the hunt going.”

“This bear was a true warrior. It’s hard to imagine what this animal saw and did during his lifetime. He had a broken jaw from a scrap with another bear and had badly arthritic knees. By pulling a tooth, Alaska Fish and Game aged the bear at 18 years old. His hide squared out at an impressive 9 feet 11 inches, and in his prime he was probably bigger,” says Jesse. The bear’s skull scored 29 5/16 inches SCI, and tied for number 20 in the record book at that time. The bear’s most impressive feature was his intimidating set of claws. They measured between 5 and 7 inches long and were the longest claws that anyone at the Fish and Game office in Kodiak had ever seen on a brown bear. “My thanks go out to Paul, Luke [Randall], Josh [Randall], and everyone at Afognak Wilderness Lodge,” says Wallace. “This bear is truly a trophy of a lifetime for anybody, and he now resides at my house where I am reminded of this special story every day.”

Although not a chicken-killing 11-foot legend from Alberta, this bear was an amazing trophy with an equally exciting story. Although I more or less stumbled into this tale, I am glad to be able to help put the myth surrounding it to rest, both to give credit where credit it’s due, and out of respect for the animal. Luke and Josh Randall have more hair-raising bear stories than anyone I’ve met, and if you’re looking to make some of your own, I can’t think of any outfitter I would recommend more highly. You might, however, want to watermark your photos, as Luke told me he will be doing from now on.