One of the most resilient large predators in North America is the American black bear (Ursus americanus). With a varied... 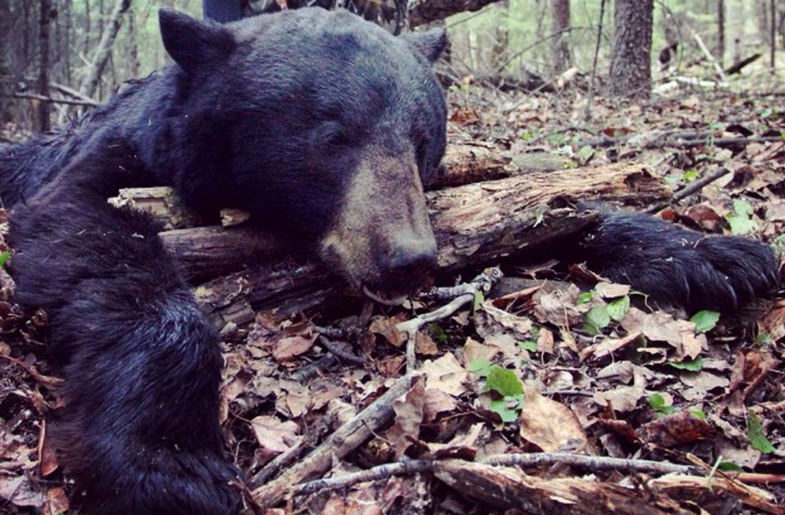 One of the most resilient large predators in North America is the American black bear (Ursus americanus). With a varied diet that includes nuts, berries, tubers, fish, carrion, and even sometimes fawns, black bears can be found all across the continent, sometimes to the suburbanites’ dismay. Black bears are so ubiquitous across the landscape that they are commonly referenced in a popular idiom, something about defecation in the woods. However, when sportsmen would most like to come across a black bear, they seem to disappear from the landscape. Recent research has shone a light on why these big, burly mammals somehow find a way to elude even the most skilled sportsmen.

Recent work suggests that as bears experience more hunting pressure—specifically from dog-aided hunting—bears begin to change their movement to avoid hunters (Stillfried et al., 2015). As the hunting season progressed, bears in the study not only became more active at night, but also tended to gravitate towards paved roads and avoid non-paved roads. It makes sense that bears would avoid unpaved roads, as those roads would be associated with an increase in traffic due to sportsmen. The fact that bears were found closer to paved roads (i.e. 2-lane roadways), however, suggests that bears are more willing to take the risks associated with faster and more frequent vehicles than the subtle increase of pressue on unpaved roads (Stillfried et al., 2015). To adapt to this behavior change, it may be wise for hunters to reevaluate where they choose to hunt throughout the season.

Additionally, while we think of bears as slow-moving and relaxed when they aren’t disturbed, recent evidence has shown that these seemingly calm creatures may really enjoy a long hike (Stratman et al., 2001; Liley and Walker 2015). Researchers have recorded two separate instances where male bears have travelled more than 300 miles in a matter of a few months. In New Mexico, a GPS-collared boar traveled from Raton, New Mexico, all the way north to Castle Rock, Colorado; a distance of 324 miles. Not only is that a far way to travel, the bear did so in less than two months, from June to mid-August. Once the bear reached Castle Rock, it turned south, denned up for the winter, and then continued its journey back in the spring. From June to May of the following year, the bear traveled 921 miles total, ending up exactly where he started (Liley and Walker, 2015).

Years before the bear in New Mexico took his stroll, a male bear in Florida took a similar trek. From late May to early July (about 34 days), a black bear captured in Panama City, Florida, decided to venture west, arriving near Baton Rouge, Louisiana, a whopping 315 miles. In this case, the bear had to cross a total of four major interstates to get where he ended up staying permanently (Stratman et al. 2001). While these cases of long-distance movements are not often documented—given there are very few bear GPS studies, and those that do exist only track a few individuals—they still seem likely occur more frequently than previously thought.

These avoidance behaviors and long-distance adventures may provide a few explanations as to why bears seem to disappear without a trace. It is unclear why male bears make such long journeys; some speculate that it is in response to a decrease in forage availability, while others point to a lack of territory or mates.

Whether bears move to avoid hunters, find more food, or look for a mate, it’s clear that a bear’s relaxed, even lackadaisical, demeanor as they mosey along through the woods may be more ambitious than we previously thought.