How to Pattern Deer in the Early Season

Are you ready for the early whitetail season? Here are some tips and tactics that will help you punch a bow tag 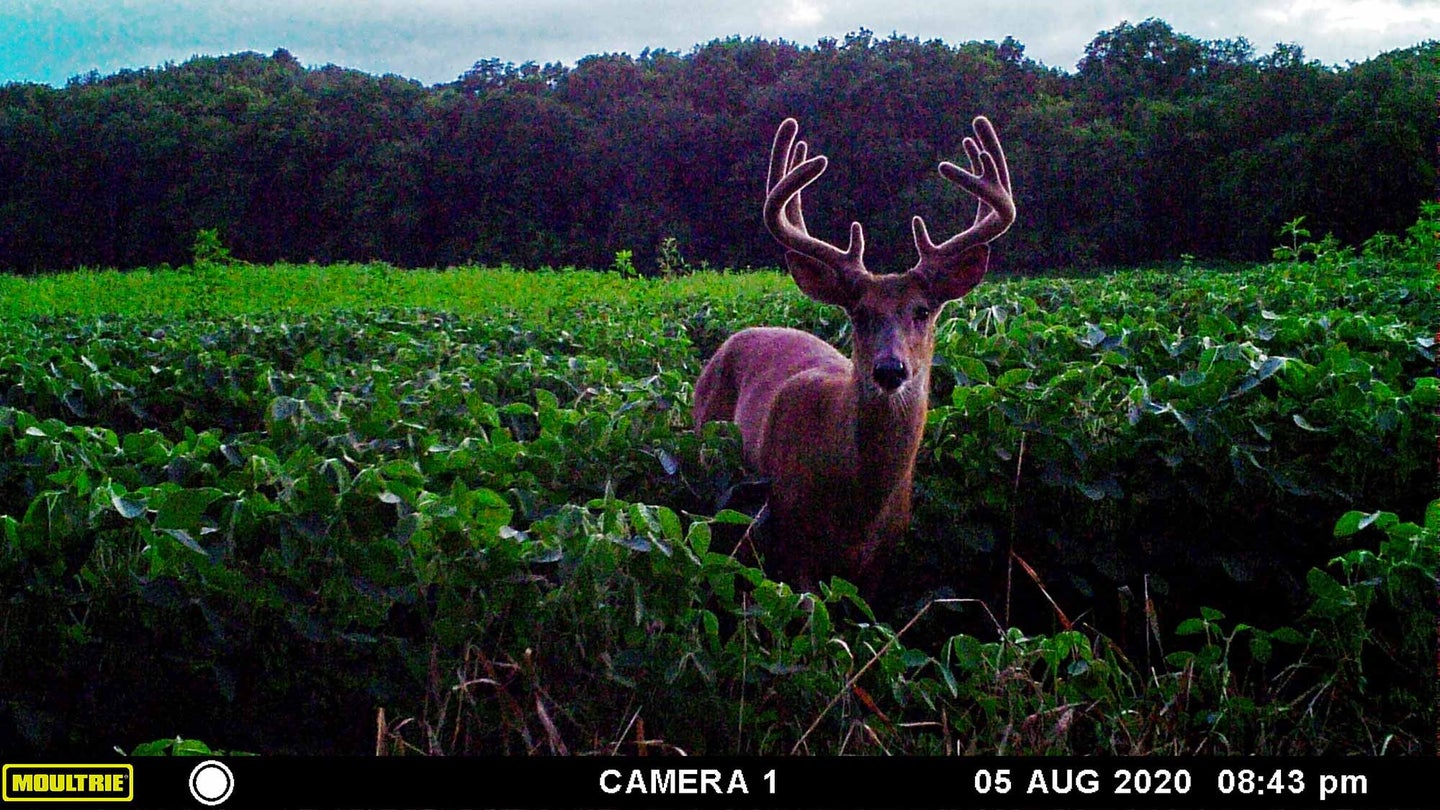 My hunting buddy Josh Dahlke and I lease the deer hunting rights to a 400-acre farm in northwestern Wisconsin. It’s ideal deer habitat of rolling hardwood ridges and agricultural fields, but that doesn’t mean our deer hunting is easy.

Whether you hunt in public land or private ground, mature bucks are good at avoiding hunters (that’s how they’ve grown old, after all). That means we put in plenty of work before we actually start hunting. Our goal is to hang cameras and stands so that when it’s time to hunt, we’re not scrambling—and potentially blowing a big buck off the property. But really, the “work” we’re putting in is a labor of love. Obsessing over treestand locations, scouting new ground, and scrolling through trail camera pictures is just how I want to spend my late-summer days.

If you’re like us, you’re probably doing the same thing right about now. Here are some of the tactics we use for patterning deer and hopefully tagging a nice buck or two when the season starts.

Get the most out of your trail cams

Trail camera pictures are only as useful as you make them. At the most basic level, they tell you if nice bucks are around. But what you’re really trying to figure out is where those nice bucks are heading, where they’re coming from, and where they might be vulnerable. To do that, you’ve got to really read the pictures, not just flip through them. For example, look to see if one of your target bucks is hanging out with a bachelor group of smaller bucks. That way, even if you don’t keep getting photos of the big buck, but capture shots of the smaller bucks, you can still gamble on the big buck’s general whereabouts (some of the wariest bucks are good at avoiding cameras). In one of our shots we spotted a buck with muddy legs. That tells us he probably crossed a nearby swamp before coming out to feed. You can look for more general hints too. For example, are deer hitting certain food sources more often than others? Are certain fields more active at night versus in the morning? We’re logging all of this information into a mapping app called HuntStand so that as the season progresses, we can objectively identify deer patterns and zero in on areas with the most buck activity.

There are certain early-season stand sites that are just obvious. These are usually based off of prime food sources, like the corner of a beanfield with a big trail coming out of the woods. Even if you’re not getting great trail camera pictures out of an area like this, it’s worth it to hang a stand here (and hang it high so you can see the area). If you’re not able to successfully pattern a buck before the season starts, you can always sit these go-to stands to see where the deer are moving. Some whitetail geeks like to call these observation stands. I’m not sure I like that term because if a nice buck happens to walk by (which of course could happen at any time) I’m not going to just observe him. But the concept is solid. You want a few stands that give you a good view of the area, and then you want to be ready to move quickly when you notice consistent buck activity in a specific area.

On warm early-fall afternoons, bucks will often hit some water before they go out to feed. Little backwaters like ponds, creeks, and even big puddles make for classic setups on early-season bucks. This can be especially effective during dry years. The other upside about water sources is that they’re generally pretty easy to scout. If you see a big old buck track in the mud, it’s probably worth hanging a treestand or at least a trail camera in the area. If you see only little tracks (or no tracks at all) just move on to the next area.

Dahlke and I were out scouting earlier this summer and we were just about to call it a day when he looked over at a little hill near where our trucks were parked and said “Hey, have you ever been over there?” I admitted that I hadn’t so we took a walk over the hill to the corner of the property. There we found a big trail coming out of the woods to an apple tree that was absolutely loaded with fruit. The spot was close to the farmer’s barn, but it was hidden by the hill—totally out of view from the farmhouse and the road. And, there was a nice pond not far away. Dahlke and I looked at each other and were thinking the same thing: “man, how did we almost miss this.” The point: sometimes the overlooked spots are the best ones. Always make the extra effort to walk over that one last hill.

Don’t get stuck in your plan

As Mike Tyson said: “Everyone has a plan until the wind is all wrong and your target bucks go nocturnal.” Or, at least he said something like that. It’s good to do your pre-hunt scouting and planning and oftentimes it will help you get the jump on the buck you’re after. But don’t get so locked in on your plan that you fail to notice changes in deer behavior. Always be ready to adapt and change the plan. Because, after all, whitetails are some of the most adaptable critters on the planet. You’ve got to change your tactics as they change their behavior.