Mule Deer Can Now Be Hunted in Interior Alaska 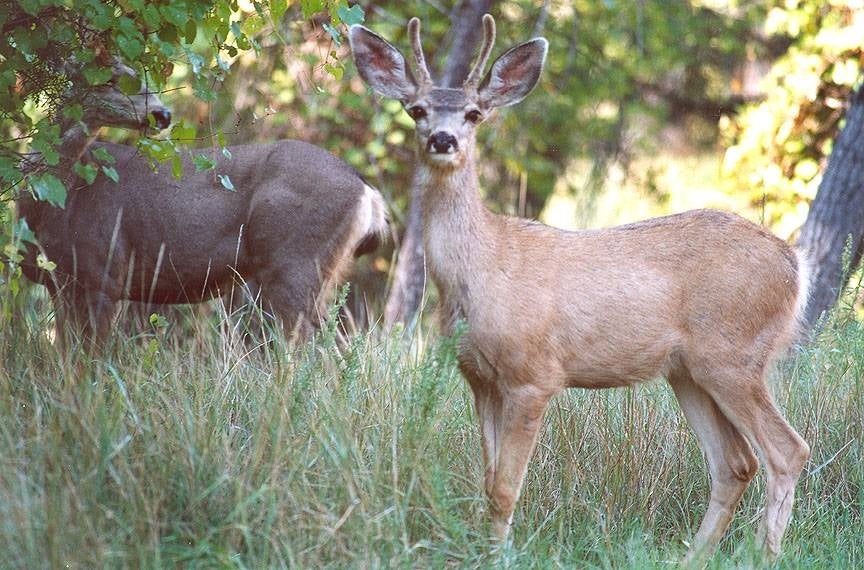 When a young buck was hit by a car near Fairbanks, Alaska, in 2017, the rumors were proven true—mule deer had arrived in interior Alaska. Before that, several pictures of mule deer in Alaska had floated around the Internet. But those pictures were often shrugged off as hoaxes.

However, there was no denying that this mule deer buck was killed in Alaska. Now that the Alaska Department of Fish and Game acknowledged there were at least some mule deer in the state, they needed to make an official ruling on the legality of hunting these critters.

Mule deer aren’t an introduced species, they have come to Alaska by expanding their normal range. Though there hadn’t been a flesh-and-blood, documented resident population.

The agency decided that hunters would be allowed to kill either mule deer or whitetails in Alaska, with no closed season. The only requirement is that the deer be brought to ADF&G for sampling. This decision presents an interesting situation for those of us that live here. We have the opportunity to hunt common deer in sort of a new frontier. It almost feels like hunting bigfoot.

It’s an exciting prospect, and the few people I know who have seen them here describe it as a surreal experience. I could only imagine what it might feel like to watch the crosshairs settle on a mule deer in the interior. I know that I would be second-guessing myself the whole time, wondering: Is this actually real?

But it begs the question: Should we actually be killing these deer? For many hunters here, I’m sure the thought of purposefully killing one of these animals, which are by no means abundant, would be distasteful at best. I can understand that perspective. No one in Alaska depends on mule deer meat to get them through the winter, and killing one would be more of a novelty than anything else.

But assuming the meat is not put to waste, is there really anything wrong with that? Hunting is a choice, and it’s about much more than only the meat it produces. As far as Alaska’s mule deer, some obviously live here, but if the country could support them, there would be more than a handful of transient deer eking out a living for what is likely a short amount of time. It’s different than an introduced species, because they came here on their own accord, but they also don’t really belong in Alaska either. Plus, the state wildlife agency is OK with hunters shooting them.

If I ever get the opportunity to shoot one of these deer, I’m going to take it. I like to think that it will happen as the result of a purposeful effort to hunt them. That will be a unique challenge that I’m frankly not sure how to approach, which is why it is so fun to think about. If I were able to even take a doe, it would be a trophy of a lifetime. I will be excited to see who becomes the first modern hunter to kill a mule deer in Alaska (and I hope that it’s me).