I never thought opening day mattered that much. Until it looked like I might never see another one. The routine... 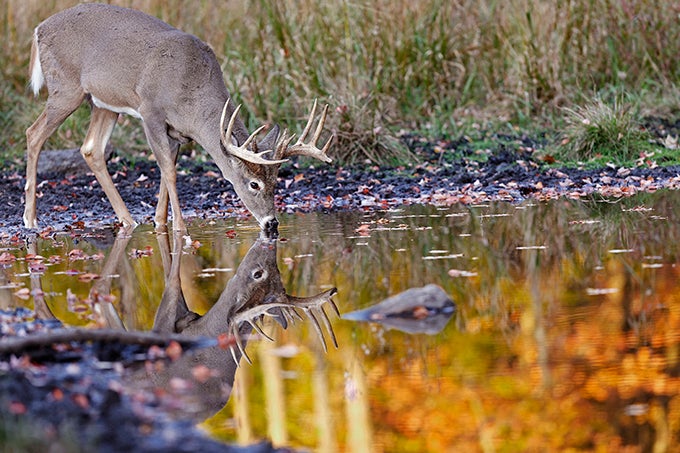 I never thought opening day mattered that much. Until it looked like I might never see
another one.

The routine surgery I had scheduled for mid-summer resulted in severe complications. I regained consciousness in an intensive care unit, fighting for my life. And if I survived, I faced eight months of physical therapy. Deer season was in three.

Forty-six years of hunting mountain deer had kept me in shape. Tough. Focused. Invincible. Yet the setbacks were severe. The phantom of discouragement crouched low in the shadow of my bedside for weeks, like a hungry wolf sniffing around its weakened prey, waiting patiently to move in and finish it off.

But even on my back, the woods were never far away. When nurses stuck me with countless needles, I felt only the annoyance of greenbrier thorns as I imagined stalking a buck through a thicket. I breathed deep the foul-tasting nebulizer medicine to battle pneumonia, but my brain sensed only the crispy tang of autumn leaves. The stabbing pain from surgeon’s cuts was leg-shaking muscle burn from pushing up a mountainside.

Rehab required me to walk at least 200 yards per session. Using trekking poles for balance, I hobbled anywhere from one to three miles a day through wooded trails to absorb nature’s healing energy. The sounds, smells, and sights of the deer woods I had almost lost forever were a tonic that forced my legs to move when they could not.

Given a second chance at life, I had journeyed beyond the physical hunt. My mind and body merged to become the essence of the hunt: the camaraderie, the solitude, the predator, the prey. The message was clear. Deer hunting isn’t a thing we do, but rather who we are on every opening day of our lives. That became my medicine, more than any complex amalgamation of chemicals delivered in a tube or a bottle.

When the time came, I eased into the woods and sat behind a large sycamore because I couldn’t climb into a tree stand. Months of anticipation condensed into a few indelible moments: The sight of a forkhorn. Holding steady. Watching the crossbow arrow fly true. I could barely lift the buck’s head off the ground, so I placed grass in its mouth to honor it. I held one thin antler as my brother did most of the dragging to the car.

I now celebrate opening day every day of my life, a new life that was given back to me through the therapeutic power of hunting.