Pick a random day in October or November and I can almost guarantee you that at some point during that... 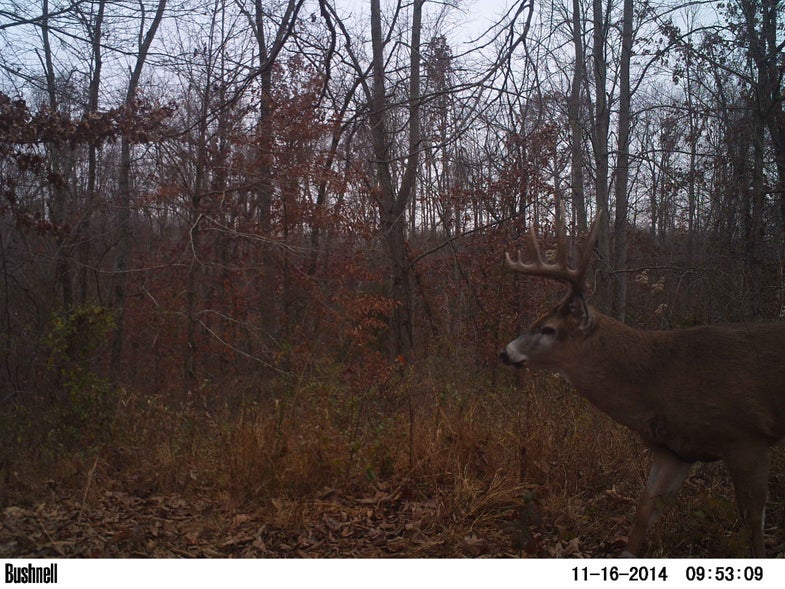 Pick a random day in October or November and I can almost guarantee you that at some point during that day, I’ll be hunched over a computer screen, feverishly scanning through my recent trail camera pictures, trying to unearth the missing clue I need to kill a mature buck. But recently I’ve got to thinking that maybe I’ve been doing it wrong all these years. Instead of recent trail camera pictures, it might be photos from previous years that hold the most important clues.

Earlier this week, I had the privilege of chatting with Mark Drury, the TV show host and renowned big buck killer, and over the course of that deep-dive on all things whitetails, Mark threw the aforementioned wrench in my previous trail camera studying strategy.

“More often than not, when you sit down to look at a card, the information you garner from that card is too late,” explained Drury. “What you saw already happened, that doesn’t mean it’s about to happen.”

With this being the case, Mark prefers to study trail camera photos from previous years, to provide clues as to how deer will react and behave in the future when certain conditions are present. And when he does look at those past trail camera pictures, he’s looking at each and every photo and trying to correlate deer activity to certain weather or timing related factors.

“I won’t look at a card unless it is picture by picture,” said Mark, “I sit there and look at the days come and go and then, BOOM, when I see those days when they move, I look at what happened with the barometric pressure, I look at sunlight, I look at the daytime highs and the wind speed.”

Through the consistent studying of his past trail camera photos in this way, Mark can eventually identify larger patterns in deer activity that correlate with certain weather fronts, moon phases, and times of year. And when he sees those conditions arise in future years, he then knows what kind of movement to expect, and sometimes, exactly where he needs to be to take advantage of it.

This tactic applies not only to general deer movement, but also to hunting specific bucks.
“It’s amazing how habitual they are, not only in their patterns,” says Drury, “but their bedrooms, the scrapes they hit, the direction of their travel, everything about that deer. You can learn that deer.”

Mark has taken this study of a specific deer on trail camera and put it into action in the field successfully. Just last season, Mark had a buck known as “Pincher Creek” on his property whom he had pictures of from 3.5 years old all the way to 5.5 years. And after studying the photos of this deer obsessively, he found that there was a certain camera location where the buck had been repeatedly showing up during daylight each year around Halloween. Luckily, on the 31st of October, he got the right wind and headed in to hunt this spot. That afternoon, after spending nearly the entire day on stand, he put an arrow in “Pincher Creek.”

While I can’t claim that my October and November ritual of obsessive trail camera photo study will disappear anytime soon, I can assure you that this year my scope of work will definitely increase. Overlooking the importance of trailcam photos from past years is a mistake I don’t plan on making again. And I hope you won’t either.