Let’s assume that pretty much everyone who hunts has heard of the phenomenon known as “buck fever.” Today however, I... 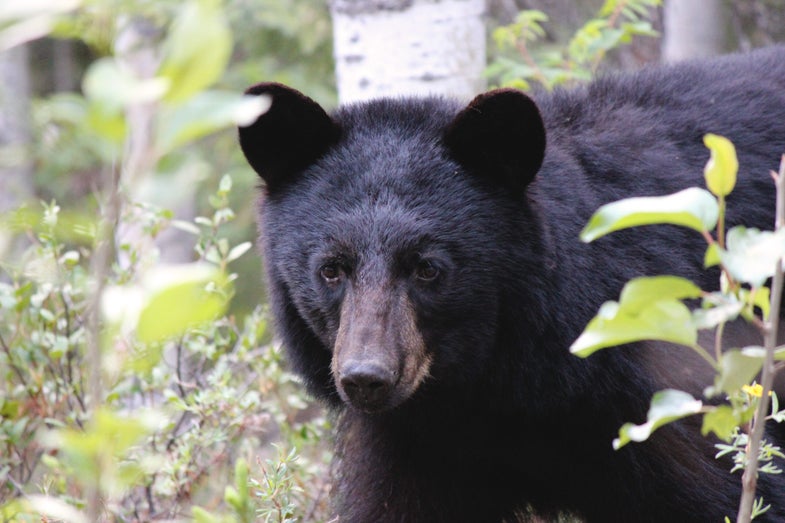 Let’s assume that pretty much everyone who hunts has heard of the phenomenon known as “buck fever.” Today however, I will be addressing its slightly less well-known cousin: the “bear shakes.”

For many people, the mere presence of a bear induces a shaking of the body ranging anywhere from barely noticeable to pretty violent. It has no doubt resulted in countless bears running away unharmed, and probably more than one fall from a treestand. I have seen quite a few blown “gimme” shots, and hunters even shaking so bad they can’t draw their bow or aim their rifle. Just about everyone is susceptible to this condition, so just admit that it happens and use these methods to overcome the shakes when it counts.

1. BREATHE
Although I’m no scientist, the “bear shakes” are likely the result of adrenaline. Especially for those hunters without much experience around bears—it’s exciting and a bruin in your sights will get your heart pumping. It can be hard to contain that raw reaction, but if you purposefully breathe long, slow breaths, you can keep calm and make the shot.

2. FOCUS
Probably the best method I’ve found to keep calm is focusing on the bear’s behavior and what I need to do to make a good shot—rather than the bear itself. It’s easy to let the fact that there is a huge bear right there crowd out all rational thought, as well as your shooting and breathing sequence, out of your mind. If you let it, you will likely end up disappointed.

So instead of letting the size of a bear fill my mind, once I determine that a bear is a shooter, I consciously switch to observing his demeanor and behavior. I try to get a feel for how nervous he is, what he’s going to do next, how a shot is likely to present itself, etc.

When it’s time for the shot, focus on your shot sequence. I have a specific thought process that I walk through with each and every shot. This not only improves my consistency, but also takes my mind off the bear. Just don’t make the mistake of thinking about what the bear will do after the shot. This is like a football player prematurely running before he’s actually caught the ball. Only focus on what you have to do to make a good shot—otherwise you’re likely to let your nerves get the best of you and make stupid mistakes.

3. TALK TO YOURSELF
You obviously don’t want to have a conversation with yourself out loud, but this is another helpful trick to control your nerves. As you analyze different parts of the situation in front of you, “discuss” them with yourself inside your head. It might sound really wacky, but it gives you another purposeful distraction that helps you focus on what you have to do, and not on the bear.

The closest I came to an acute case of the bear shakes was with a massive grizzly two years ago. I could hear him breathing before I saw him, and had to tell myself to just breathe and calm down, this is just a bear. Fortunately I was able to keep it together and make a good shot.

The first black bear of this year was taken by my buddy Nick (you can watch the video from that hunt right here). It was his first animal with a traditional bow, and although he wasn’t shaking, the situation got the best of him and he’s the first to admit that he blew the first shot. Fortunately the bear gave him another opportunity and he was able to bear down, focus, and make a perfect shot.

So whether it’s bears or bucks, try these methods next time you’re presented with a shot. How do you deal with buck fever or the bear shakes?

How to Skin a Bear in the Field

Forget the Barrel: Use a Limbo Pole to Size Up Bruins