The state of Minnesota has many state symbols. The state fish is the walleye. The state flower was originally the... 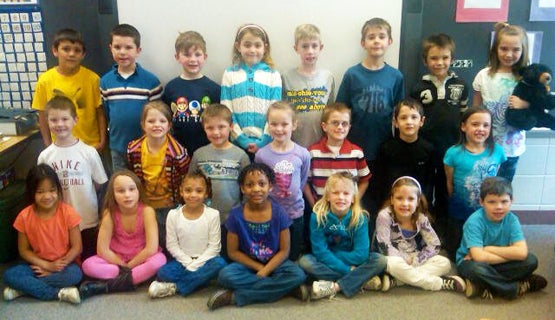 The state of Minnesota has many state symbols. The state fish is the walleye. The state flower was originally the wild lady slipper, but hark – that was incorrect. The state legislature corrected the error to their grievous mistake to the correct flower, the showy lady slipper. The state drink is milk. The state muffin is the blueberry muffin — a good choice if I do say so myself.

All of these state symbols, yet when an impassioned group of 1st graders want to make the black bear the state’s official mammal they are told that the bill is merely a “fluff” bill.

First grade teacher Dana Coleman of Andover Elementary in Minnesota said, “Since September 2010, my first grade class has watched the den cam and read the daily updates from the North American Bear Center in Ely, MN. They know more accurate information about black bears than do most adults… My 23, six year-olds raised $872 for the NABC. That’s a lot of nuts and grapes.” Coleman’s students raised a grand total of $1113 for the bears over the last two years.

Dana Coleman teaches her students about everything from habitat, life cycle, the food chain, to hunting and now civics. The children, parents, and Coleman have been pushing this bill into Minnesota’s state legislature for two years now, and although their hearing was well received initially, the bill was still dropped.

“I just can’t get a fire under anyone to listen to these 1st graders. They just see six year olds and think they don’t really know anything, but now is when you get that passion in them that could be life long.”

Some of you probably agree that this is just a fluff bill, and you may be right, but that’s not the point. The point is that these kids have been learning about the outdoors. From that knowledge they have gained a passion.

And in a generation when most kids would rather stalk through Facebook than spend time outside, a little passion is all we can ask for.